City has 1,5 milion inhabitants, so its similar to Prague. But in compare with Tokio its really small city :D In city is also possible buy everything what you need and in some stores also very cheap. Very popular here are 100 yen shops, which sells everything for 100 yens (20 CZK). And supermarket Sunny, where is a lot of articles 2x cheaper than in another stores, in the same quality. But I recommend learn to cook Japanese foods, because European ingredients are much more expensive in here.

Japan have beautiful coast and nature. Mountains for hiking with great view, food, culture and many, many great things. Near to university campus are several beaches (around 10 mins by bike). Great mountains with beautiful ocean views and Japanese nature. Lot of shrines, temples and so on.
Every week is in Fukuoka city some event with a lot of people. For example biggest firework event is 1st of August 20:00~21:30 at Ohori Park (6,000 fireworks). 1,5 hour uninterrupted firework bombarding. Just wow.
Another possibilities are to travel to another parts of Japan with Train (expensive, but foreginers can buy 7 days JPR pass ticket for 6600 CZK, which is much cheaper than ride 7 days with single ticket. Interesting cities which I visited are: Beppu, Nagasaki, Hiroshima, Osaka, Kjoto, Nara, Tokio.

Disaster Risk Reduction Research
Center Environmental Geotechnology Lab.
4th oldest university in Japan, one of the most prestigious universities in Japan.
Around 18 700 students in total and 2000 foreign students are enrolled in this university.

After my training days, I had opportunity to choose research topic and topic which corresponded with laboratory specialization. It was great for me, because it was similar topic like my diploma thesis topic and I even contributed to laboratory research.

100 000 JPY per month = 23 300 JPY per week – gross payment.
After I paid accommodation, internet, electricity, water and so on, it was still enough for other things such as food, transportation and so on.

In total was internship unprofitable by 30K CZK because of flight tickets and insurance payment and travelling, but money was not the reason why I chose the internship. :)

Generally level of English in Japan is not as good as in Europe. But in campus every student and teacher speaks at least with basic English. But if you are out of the city centre, you will have sometimes problem to find people which will understand you. Even staff in stores mostly don’t speak English, so its better to use google translator instead of ask them. Because it can be for long time to explain something :D

Price of accomodation for 1 month was around 24 000 Yen per month for one dormitory room. Another trainee had the same price and room. Accomodation provided the IAESTE throught university dormitories.

Accommodation was in university campus, Ito Campus. It’s quite far from city centre, so it’s better to buy bike for transportation. Whole campus is new with all needed facilities like library, cafeteria and stores.

In dormitory is periodical coffee hour every week. Good place to meet another foreign student. Another evening I often spend on near beach or with cycling around to visit shrines and so on.
On weekend I mostly visited Fukuoka city centre or went to some far trip with bike or hike. Also visited Okinawa islands and Seoul with another trainee and our Japanese friend – beautiful places.

This summer was there only one fereign student from IAESTE, but there was events like coffe hours on dormitory, so it was really good to meet new people. Everybody were really friendly and it was easy to plan some trips and events.

There were a lot of another cultural activities that I tried. Most of them were for me so uncommon and never seen something similar, so I really enjoyed them. It was activities such as: preying in Japanese shrines, wearing Yukata costume, traditional Japanese dance, events like firework festivals and so on.

Experience with variety of Japanese food which is totally different than in Europe. Seafood, raw fish, and so on. It was good to try it and even a lot of this food were really tasty. Also try salty wasabi ice cream was really good experience :D.

There is cheap data SIM possibility, but you have to register for whole year for it. But if you are here more than 4 months, it can be worthy. If not, you can buy travel data SIM card with 1,5 GB data for 4000 Yen for 30 days. Data are really useful while travelling, but you don’t need it too much on campus and dormitory place, because there is university campus WiFi. So I bought it last month before my travelling week.

So best possibility to communicate is using internet – messenger, skype and so on. But there was 7 hour time zone difference, so sometimes it was complicate to found good time.

Buy or borrow a bike from some another student for 4000 Yen or from second hand bike shop for 8000 Yen. Its useful, because campus is quite far from citycenter and subway is expansive.

Japanese loves presents. So bring some small souveniers for all your cooworkers would be really cool. And there is only one think that they love more. Alcohol. All of people in my laboratory, even proffesors really enjoyed Becherovka. So I really recommends bring becherovka. But watch the import limits. I brought 3 bottles of 0,7l package.

Another things you can buy. Sometimes are more expansive, but sometimes cheaper in 100 Yen shops. No warm clothes are needed in summertime. There was 30°C on evening and 35°C in daytime whole 2 months.

Useful gadgets are: powerbank, some board games or cards (you can learn Japanese people play games with cards, there its not so popular), JPR pass for travelling.

I mostly communicated with Toshiko, she helped me a lot in first days and every time when I had any question, she tried to help me as much as possible. Also send me useful information about transportation, about events in Fukuoka and so on. She is great person and I’m happy that she is doing it for students.

As an IAESTE member I can only recommend not only for internships. It is just a bunch of students that like to discover, work experience and have fun - they just do what they enjoy without any other profit. 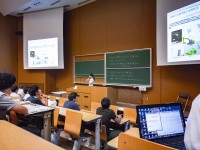 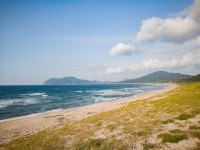 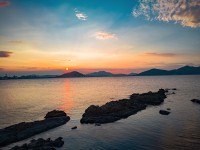 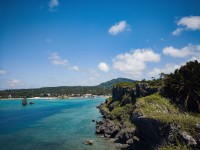 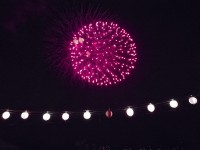 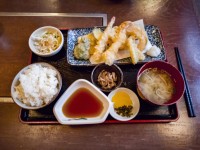 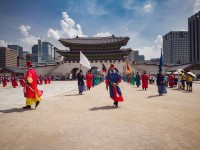 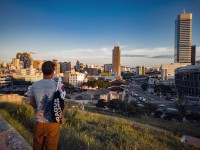 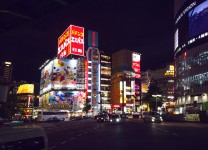