Cracow is located in the south-east of Poland.
My work place was located near the city centre next to the main train station and big shopping centre.

Cracow is a very beautiful and historical city. There are loads of places to go to both during the day and night.
The city is also very close to the nature as it's filled with parks.
For the transport one can either use public transport that is sufficient in the city or very favourite option is to rent a bike.

Around Cracow there are many places to go to such as:
- Concetration Camp
- Salt mines
- Zakopane - a town in Tatra mountains, good place for hiking
- Warsaw, Gdansk, Wroclaw
- even Prague or Viena as they're not that far away

I was employed at the Cracow University of Technology Faculty of Chemical Engineering and Technology Department of Biotechnology and Physical Chemistry.
I was at a lab of doctor Kurek assisting to Marcin Pietrowski.

I was assisting with gas chromatography and voltametry.

My salary was sufficient, I could save some money for trips.
Salary was actually the only problem I had in Cracow, as no-one at the Faculty knew how to give me the money, so I had to wait until the very end of the internship to get all of my money. Luckily I had my own money but if I was depending on this salary it would be really uncomfortable. I think it would be good if you could make sure that the employer knows how to pay you.

In the job description I was required to speak English but as not everyone spoke English at the university I had to use my little knowledge of Polish language. Also generally in Poland people don't really speak English so it's good to learn some basic senteces in advance.

The accomodation cost 400 PLN per month and it was a dormitory of the Cracow University of Technology.

Polish IAESTE members were really nice, they were always there to help me. I got picked up from the bus station and shown around the city.
There were some oraganised events that very really nice. Only there could be more of those.
I really appreciated when they organised for us a trip to Zakopane.

At the dorms there were several other trainees staying so we became friends and had a lot of fun together.
Also we had organised parties together with IAESTE AGH so I got to meet so many other people from the whole world.

Cracow is a very active city, everyone is running by the river or cycling and so on. Especially during summer everyone was at the parks doing most of the nice weather.

Culturally, Cracow has also so much to offer. There are many museums in the Jewish district, aslo there is a National Gallery where I got to see the famous painting Lady with an Ermine. There is also a museum of Japanese art.

I had really great time eating in Cracow. There are many traditional restaurants making for example pirogi.
For some reason Italien cuisine is very popular in Cracow so there are many places with delicios pasta and pizza.

I didn't even had a need to communicate with Czech IAESTE.

Learn as much of basic Polish as possible in advance. In dorms, shops etc. people don't usually speak English.
Donwload an app for the public transport - Jakdojade.

Poland is quite cheap country so it's not a problem to buy forgotten thing.
Maybe just don't forget some sporty shoes and clothes because it would be shame not to go to Tatra mountains.

I enjoyed living in a foreign country on my own for the first time, meeting amazing people that I would never get to meet otherwise.
Also working at the university gave me a great insight into the science field.
Plus I got to work with a gas chromatograph.

They were really helpful.

I enjoyed beeig an IAESTE trainee. I got confused sometimes by the requirements but they always were there to help me out. 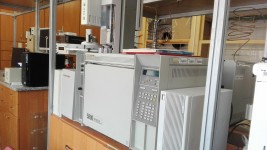 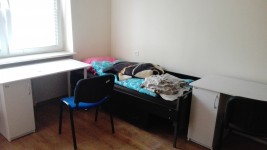