City Lodz is located in the middle of Poland near to the main city Warszaw. The place is lowland and there is not many hills. The name of city has pronunciation 'wudž'.
In Poland are used money zloty.

Lodz is the third largest city of Poland. City Lodz is mainly welknown for industrial character. It is old and modern also. There are many old factories, some of them are renovated and use for social live. Generally history of Poland is connect with Jewish people and in Lodz are some of Jewish monuments (cemetery, train station, statues, memorials).
The main street is Piotrkowska street. Many bars, cafes, restaurants, shops are situated in this street.
There is the biggest city park in Europe, it is called Lagiewniki. And there is the biggest Jewish cemetery.

City Uniejów is 60 km from Lodz. There are hot spa and beach for free. You can visit many other big city like Warszaw, Wroclaw, Krakow,Poznan because it is easy to take bus or train. Lodz is good place for its location in the middle of Poland for travelling to other cities.

University of Lodz, Department of Inorganic and Analytical Chemistry

I could join to ongoing experiments in lab. It was about preparation solutions, synthesis of compounds.
Firstly I helped student with master's theses. Student was so funny and I helped very simple. Then we prepared several anorganic complexes according to the instruction, which gave us from our supervisor. Me and my colleague worked together and improved communication in work. The main work included method voltametry. We tried to make optimalization of method for our metals. Experiments were same, only change solutions of metals. Work was boring. I learned something new about types of voltametry.
Work was only for our pleasure. I learned some analytical methods and explored good method for our analysis.
Generally it was not any difficulty work. I had one colleague from Kazakhstan. She was trainee as me via IAESTE.

Salary was less then I expected. Maybe someone counted bad number of work week. I got salary fo 5 weeks and I stayed 6 weeks by work offer. I got about 200 PLN less than I expected.
I got a salary 2 weeks before my leaving. Communication with treasure's member of IAESTE was bad. The girl didn't know name of bank, where we got money. We went to frst bank and the to the second bank and the second bank was right.

Supervisor could speak english, russia and polish. We spoke in english, it was very simple english. Technical english is not simple and it was the reason for only simple english.
On the other hand we understood together everything and it was ok for both.

Accommodation was provided by IAESTE Poland.
Room was very simply with bathroom for four rooms. There were bed, bedclothes, lamp, furniture, table, chairs.
Kitchen was one per floor, simply arranged too. There were not any kitchen equipment. There were three hotplates, sinks and table without chair.
We didn't pay anything for accommodation. During intership IAESTE members said that we won't pay anything. It was wery good news for us. We saved 300 PLN per month.
Dormitories were in reconctruction on the end of my internship. They changed curtains. Halls were full of new furniture such as beds, matresses. It was little unconfortable, because there were many unknown people - repairmen.

One girl picked-up me from the bus station. I had to wait for her, because she was late. Then we went to the dorm and I fulfilled some papers about accommodation on reception and she showed me room, bathroom, kitchen.
We went with others interns to many pubs, clubs in Lodz. It took place party on other dorm. IAESTE organised welcome party for interns. We brought some food from our country and drunk normal polish alcohole (Zubrovka, beer, homemade wine and liquere...)
I attended Magic Wroclaw Weekend by IAESTE. I met so many other interns. The city was so nice. We went to the Old Town. Everyone took photos. Some parties were organized.

First day I needed some help about accommodation. I asked girl and boy in my floor in dorm. Later I went with girl and other polish and erasmus student to a pub. It was nice meeting. We met together.

I used to running in campus.
There are many turist atractions and pubs. You can try food and drinks from countries from all around a world.
In Lodz is zoo, botanical garden, palm house, jewish cemetery, Radegast station, many churches, mall Manufactura, Piotrkowska street with many restaurants and bars, parks, cinemas, planetarium...
Sometimes me and other interns went to the centre on Piotrkowska street to drink a beer. There are many parks or green grasses beside dorm, so we had picknic.

I cook lunch every day in the dorm. I have my own kitchen equipment (pan, cup ...). I buy food in shops close to dorm. The price of food was similar to the Czech Republic. Sometimes the quality of food was worse. Special food is Pierogi and Zapiekanka.
Polish people like eating dumplings, pierogi. I spoke with polish people about czech national food and they said me: We think, that the national food in the Czech Repuclic is 'Smažený sýr' = fried cheese. It was so funny for me :-D If polish people come to the Czech Republic, they order fried cheese and bier. They said also, that the czech beer is so delicious.

By phone, because it was cheap. By Skype on the internet.

It is good have in beginning of internship some PLN money (zloty), because it is possible to get salary on end of your intership.
If you want to cook something in dorm's kitchen, is good to take some kitchen equipment.
For picnic is good to have some blanket.
Also have good mood :-)

Some kitchen equipment, if you would like to cook in dorm. Because nothing is in dorm. Such as pan, knife, spoon, cup.

I lived in other place for 6 week. I spoke in other language. I met new people from all around of world (America-Brasil, Europe-so many countries, Asia-India, China, Africa).
It was good experience and generally it was short visit. I tried to live in foreign country and maybe other I will go also to other student visit :-)

If I wanted to paid something via internetbankig Poland (without fee), they said no. If I needed some advise, I had to wait many days. I communicated with girl, who picked up me. She had to help me, but it was difficult. Other people were kindly when I met them in the party.

I am not dissapointed. Generally experience with IAESTE was very good. There are some moments, when cooperation was bad. On the other hand internship was for me good chance to improve english and travel. Thanks for everything! :-)

I think, that living in Poland especial in the dorm was for me like tramping. Sometime I bought lunch in the cheap restaurante. Many times I ate something from can (tuna, beans...). We didn't have any fridge. But I asked some guy on the floor, if I could use his fridge and he said yes.
I was practising my english and I think, it was the biggest experience from my internship. Using english every day. 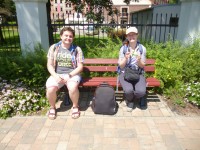 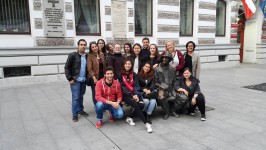 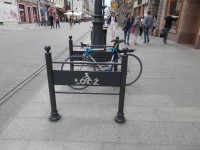 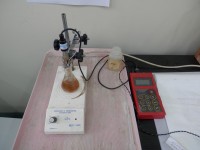 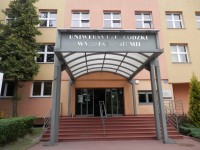 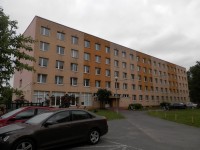 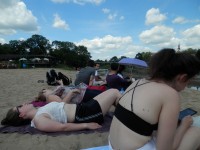 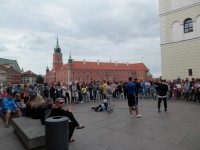 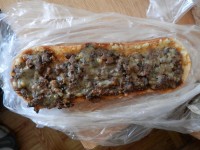 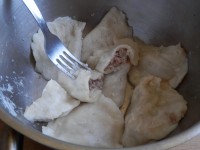 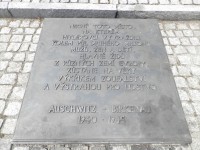