Belarus is placed in Eastern Europe and it’s country without any sea and there are lot of forests in the country.

Minsk is capital of Belarus. There are about 2 millions people. The city is quite huge and there many interesting buildings and city is very clean.

Unfortunately the closest interesting city near Minsk is about 250 km away so it’s quite far away. But nice trip is to Minsk sea which is big lake and it looks like real sea, there are lot of sand’s beaches and it’s possible to do sports there, such as beach volleyball, football or table tennis.

My employer was Belarusian Technician State University. It’s smaller University in Belarus with 4300 students. At this University is possible to study a lot of chemistry fields like electrochemistry or material engineering or biological fields like microbiology.

I was on department of polymeric and composite materials and my work is to measure mechanical properties of some kind of thermoplasts and rubbers.

Salary was about 150 BYR which was not so much but still it’s enough for food and some tickets to museums for month.

Almost nobody could speak English in Belarus so it’s much better to speak Russian.

Accommodation was provided by University and I don’t know the price.

Unfortunately there is no event which is organized by IAESTE and guys who picked me up at the airport don’t know English so I was bit confused at the beginning.

I spent a lot of time with girl from Austria and last week I met guy from Brazil and girls from Germany and Chile. I also attended couch surfing meeting where I met people from Israel, Germany and from another countries.

Food in markets is quite cheap, but in restaurants it can be 3 times more expensive. Potatoes are very popular in Belarus, so the traditional meal is called Draniky which is mashed fry potato filled with meat or mushroom and it’s very common to eat meals from Russia such as Pelmene.

It’s possible to have unlimited internet if there is someone with Belarusian passport who will buy Belarusian sim card so it’s quite easy to communicate with Czech Republic than.

The biggest recommendation from me is to learn Russian alphabet or Russian letters because signs in the streets are written in that letters so it can be tricky. It’s also good to take some utensils and cooking pot because there is nothing like that in the dormitory.

As I wrote before it’s good to have some utensils. Then it’s important to have Russian dictionary.

Unfortunately the cooperation with Belarusian IAESTE was not so good because in Belarusian IAESTE don’t work any students like in Czech Republic so sometimes it’s bit harder when you want to communicate with IAESTE members there.

I really like how IAESTE internship program works and I appreciate that at the beginning of the internship someone took care of me and helped me. 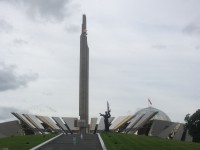 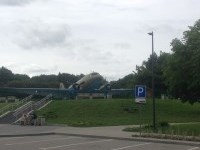 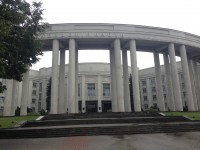 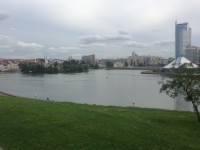 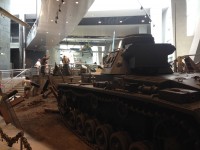 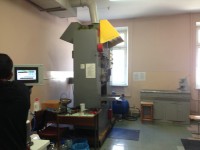 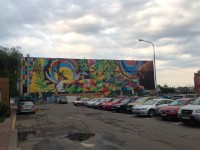 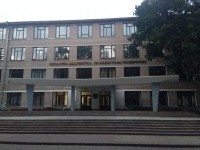