My internship took place in Amman, the capital of Jordan. Even though the political situation in the neighbouring countries is no very stable, Jordan is very safe at the moment, if you avoid going very close to the Syrian or Iraqi border. I had a hard time explaining this to my family, but I am very glad I did not listen to their fears, because my experience was very pleasant.

Amman is a relatively young city. You can see some remains from the Roman times like the Citadel or Roman Amphitheater, but it only had a few thousands inhabitants at the beginning of 20th century and its population has doubled within the last 15 years. Now that around 4 million people live there, it has become a huge city, with some missing infrastructure (like proper public transportation), but definitely with a lot of charm and beauty.
I must say fell in love with the place, surely also thanks to the people I have had a chance to meet there.
You may expect Amman to a flat city in the middle of a desert, but there are actually many hills there, so it can get tough for some people to walk around in the hot summer temperatures. I love discovering new places and walking around, so that was not an issue for me.
It is very common to get around by taxis, since they are really cheap compared to pretty much everything else in Jordan. Get ready for a bad traffic situation though, especially during rush hours. The city has not yet completely adapted to the insane increase of its population.

We were travelling around quite a lot, there are many places to go and a lot of opportunities, so it depends on how curious and adventurous you are, and also on your budget. There are many one-day trips you can do from Amman, I went to Jerash, Ajloun, Madaba, Wadi Mujib twice, because it’s incredibly beautiful. For longer trips, we went to Petra, Wadi Rum, Aqaba and the Dead Sea. They were all amazing. If you decide to go to Jordan and spend some time there, please go to those places, it would be a pity to miss it. I loved all of them and never regretted a single JD I spent on those trips.

ACDIMA BioCenter has around 60 employees and does bioequivalence testing. If a company wants to put a newly produced generic drug on the market, they first have to test its equivalence compared to the original drug carrying the same active pharmaceutical ingredient. ACDIMA is one of those companies you can hire to perform this kind of testing for you. They test both drugs on healthy volunteers, do all the analyses and support it with all necessary documents.

Since ACDIMA has all the departments (Medical Unit, Medical Lab, Bioanalytical Lab, Quality Assurance,…) in one building, we were lucky enough to be able to do a rotation in all of them. That means, we could go watch the pill dosing, sampling, we spent a few days working in the Medical Lab, then went to the Bioanalytical Lab. At the beginning, it seemed really nice. Unfortunately, since everything was a huge responsibility, we were not able to do much research on our own, they had to control each our step. Sometimes, instead of working in the lab, me and another Polish intern were stuck reading Standard Operational Policies and then taking quizzes from them, which was a lot less fun. I am still glad I went through this experience, although the last weeks at work were sometimes boring.

All interns had more or less the same salary, no matter what company they worked for. It was 65 JDs per week. Me and a few others who could walk from the hotel to work were really lucky, because some had to pay for taxis two times a day just to go to work. The salary was probably enough to pay for the accommodation and food, but when we wanted to go out in the evenings or travel around the country, we had to pay for it from our own money. Jordan is expensive and Amman is one of the most expensive cities in the Middle East, so do not be surprised.

Language requirements at our work were I think quite high, but me and Lukasz both speak good English, so it was never an issue. I know there were other interns in different companies who did not speak very well, but from what I am aware of, they never got in any kind of trouble because of that.

We were staying in a three-star hotel, accommodation was arranged by IAESTE Jordan. They actually paid for six days of the week and we only had to pay 20JDs/week, which was excellent for this kind of accommodation. The hotel was nice, we had rooms for two equipped with a bedroom, bathroom, and a little kitchen where we could cook or sit in sofas and chill. We also had breakfast provided by the hotel – thank you IAESTE Jo for arranging all this! The only downside of the hotel was that we did not have access to a washing machine and the laundry services were too expensive, so we ended up hand-washing our clothes all summer. Since the hotel staff was cleaning our rooms every day, I think having to do our laundry on our own at least kept us not so far from reality.

I was very pleasantly surprised by the way local IAESTE members treated us. They took such a good care of us, organised two weekend trips and countless evening opportunities to go out. They really wanted us to make the most out of their country - and they were indeed very successful doing it. They also organised a driver from the hotel to pick us up at the airport. That cost around 25 JD, but since I arrived at 5 am after a sleepless night, it was very comfortable not to have to find your own way to the hotel.

We were around 40 foreign interns staying in the same hotel, so it was very easy to meet them. I am very glad to be able to say I can now call many of them my friends and I hope that, despite the distance, I we will still keep in touch with at least some of them. For now it seems to be going in a good direction - I already visited one Polish friend I have met in Amman this summer, and one friend from Jordanian IAESTE visited me in Prague last weekend.

When it comes to sports, I must admit, it can get quite tricky in Amman with its summer temperatures reaching around 35 or 37 Celsius degrees every day. I went running or to the gym a few times, and also played football with the guys a bunch of times, but it was definitely not as regular as my usual workout routine.
When it comes to culture, you can find quite some impressive places, many historical monuments from the Roman times, beautiful mosques, Petra, some museums, galleries in Weibdeh, there sure are many places to visit.

Many specialties Jordan has to offer are a bit similar to what you can find in Syria or Lebanon. My opinion on this will be very biased, because I am gluten intollerant, therefore I could not enjoy all gourmet foods this country has to offer. Luckily, I could still eat lots of falafel, hummus or lebaneh.

I bought a Jordanian SIM cards with lots of data to be able to communicate with my family and friends via internet. It was worth it, because they have a very good coverage, so I was able to videocall even in the middle of the desert or in front of the famous Monastery in Petra.
Wifi connections can be quite tricky, so I really recommend getting the SIM card.

I pretty much wrote down all the recommendations I had to say already, feel free to contact me and ask if you have any further questions. Also, do not hesitate and go there, it is a magnificent country.

Important especially for girls: do not forget that you will not be in Europe. Think twice about the clothes you bring with you, make sure you have enough long dresses, skirts and long pants that are not too tight - in which you can survive the intense heat. My company was really strict concerning dress code. I did not have to wear hijab, but we were not allowed to wear anything tight or denim and we had to wear long pants or skirts and an upper with at least elbow-length sleeves. I even got a warning while wearing a wide long dress, because it had small slits.

I got to know how it works in a completely different culture, got some new professional knowledge and a work experience from abroad.
I realize every day that the overall benefits from this experience are countless and that I got a lot of inspiration from this trip. I did not regret having gone there for a single second.

Great. Really, nothing to complain about. Special thanks to our dear Abdullah who never got tired of showing us beautiful places in his city.
And of course, thank you all: Anas, Sarah, Shahed, Yazan and Abdelrahman. 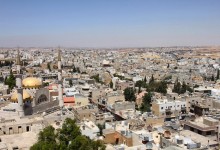 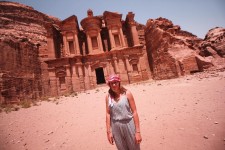 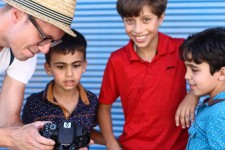 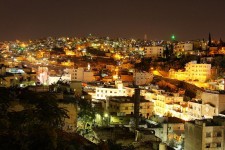 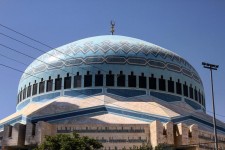 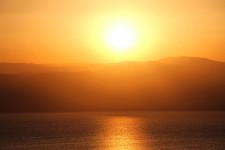 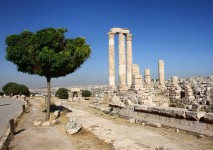 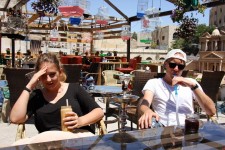 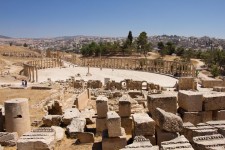