Sultanate of Oman is an Arab country on the southeastern coast of the Arabian Peninsula in Western Asia. The country shares land borders with the United Arab Emirates to the northwest, Saudi Arabia to the west and Yemen to the southwest and shares marine borders with Iran and Pakistan. The coast is formed by the Arabian Sea on the southeast and the Gulf of Oman on the northeast.

Muscat is the capital and largest city of Oman. The metropolitan area spans approximately 3,500 km2 and includes six provinces called wilayats. The city lies on the Arabian Sea along the Gulf of Oman. The city has numerous mosques (the Sultan Qaboos Grand Mosque, Ruwi Mosque) and museums (Museum of Omani Heritage, National Museum of Oman).

Muttrah Souq: The Muttrah Souq is a traditional market on the Muttrah Corniche, and consists of several small shops that sell Omani products such as colorful fabric, traditional clothes, silver and gold jewelry, and souvenirs.

Sultan Qaboos Grand Mosque: It was built in Bausher in Muscat in 2001. From its minarets, large golden dome, arches, engraved walls, decorated interior, unique lamps and central crystal chandelier, the mosque is an absolute architectural wonder.

Ras Al Jinz: Ras Al Jinz is located in the city of Ras Al Hadd in eastern Oman. Besides the marvelous beach, crystal waters and golden sands of Ras Al Jinz, visitors can enjoy watching the turtles digging their nests and laying eggs.

Shatti Al Qurum: Shatti Al Qurum, or Al Qurum beach, is one of the longest beaches in Oman. It lies in the capital of Muscat on the northern coast.

Wadi Shab: Located in the Al Sharqiya region in eastern Oman, Wadi Shab lies on the coastal road of Sur, around 140 kilometers away from Muscat. It is known for its submerged cave with waterfalls, rocky cliffs and turquoise pools. It’s also a great place for hiking, rock-climbing, swimming, walking and camping.

Wadi Tiwi: Wadi Tiwi is located in the Al Sharqiyah region in Oman, two kilometers away from Wadi Shab.

Jebel Shams: Jebel Shams (mountain of sun) is a mountain located in northeastern Oman north of Al Hamra town. It is the highest mountain (3009 m) of the country and part of Al Hajar Mountains range. It is a popular sightseeing area located 240 km from Muscat.

Petroleum Development Oman (PDO) is the major oil exploration and production company in the Sultanate of Oman. It accounts for about 70% of the country's crude oil production and nearly all of its natural gas supply. The Company is owned by the Government of Oman together with the Shell Group, Total and Partex. I was working in their Headquarters located in Mina Al Fahal (coastal area in the northeast of Oman, Muscat).

At the beginning of my internship, I was assigned to the process control group. I spent the first couple of days reading about process control theory in order to be competent enough to actually start working on projects later on. After gaining some theoretical knowledge my direct supervisor gave me a first project I spent the next 3 weeks working on. Main work was focused on simplifying process flow diagrams in PI ProcessBook in order for them to be easily understandable by people working on a desert site. The second project I was assigned to after the first one had been finished was filling an excel sheet with PID controllers for several production sites (set-point, the actual value measured, working mode etc.) and kept me busy for the remaining 4 weeks of my stay at PDO. I had the opportunity to attend several meetings as well.

I knew the salary I was about to receive beforehand thanks to the work offer I had received before my departure to Oman. It was 150 OMR per month which was enough to pay for both my accommodation and occasional trips organized by IAESTE Oman as well as to buy some souvenirs.

Because of the multinational working environment in PDO, the official language is English. There are several different minorities in addition to Omanis including Indians (with their lovely, but sometimes impossible-to-understand accent), Americans, Pakistanis and so on.

Accommodation was provided by IAESTE Oman. We were charged 25 OMR per every week spent in the accommodation. It was located in Al Koudh (23°37'28.0"N 58°12'32.9"E), approximately 15 minutes from Sultan Qaboos University (where we had breakfast) and around 40 minutes from PDO. The house had 3 floors with 2 flats on each floor and each flat had 3 rooms (3-bed and 2-bed) and kitchen with fridge.

My first contact with IAESTE people was right at the airport where one IAESTE person came to pick me up. At the accommodation, I met the rest. During my stay there several trips were organized (some were free of charge, for some we had to pay) and are listed below:

1. A round trip in Muscat and National Museum Oman
2. Nizwa Fort, Wadi Tunof, Falaj Dariss and Nuzwa Souk, Al-Hota Cave
3. Al-Thwaharah Hot Spring, Nakal fort
4. International Party (where every one of us tried to present his country in the best way possible)
5. Visit to Salalah

Apart from these trips IAESTE people took us out for sisha, shawarma, kanafeh, bowling, beaches etc.

All interns were accommodated in the same place so I wasn't really difficult to meet them. I shared a room with one guy from Poland and one from Germany. We usually hung out after work, went to one of several beaches in Muscat, went out to eat something, for sisha, karaoke, concert etc. There were people from all around the world including Brasil, Hong Kong, Thailand, India, Serbia, Belgium, Poland etc.

As a PDO employee, I had access to several facilities located in the MAF area including pool and gym. People doing their internship at the university had similar options as well (gym, pool, tennis and squash courts). In Muscat, there are several cinemas and theaters which were great places for somebody seeking culture. Near our accommodation, there was a park with lawn and children's playground where we were usually working out/jogging in the evening.

During the week, breakfast was provided by the University cantine where we had to commute every morning at 6:05 AM. Typical breakfast meal consisted of eggs (scrambled, hard-boiled), vegetables (mostly tomatoes and cucumbers), baked beans, bread (both toast and Arabic), jam and honey. I, together with my colleagues from PDO, was blessed to have lunch in company cantine where the food was much better (meat, chicken, rice, noodles, bread with hummus, fruit and vegetables, desert) compared to what we had for dinner (brought to the accommodation from University). During weekends we had food delivered directly to our accommodation (breakfast, lunch and dinner). Apart from that, I tried typical Omani food such as:

Shuwa: Shuwa means grilled meat in Arabic. It’s a favourite dish in Oman often prepared for special occasions like Eid. The process of cooking the Shuwa dish takes a long time. In fact, Omanis usually prepare the meat on the first day of Eid, and eat it on the second or the third day. The Shuwa is marinated in Omani spices, then wrapped in banana leaves or palm leaves and put in an underground sand oven, where it gets cooked over one to two days.

Dates: Palm trees are the most frequently seen plantations around Oman. They produce mouth-watering dates. Differing in size, color, and tenderness, these dates are one of the essential meal items that are presented to every guest as part of the wonderful Omani hospitality.

Halwa: Halwa has a strong texture that is thicker than custard. Although Halwa is brown-colored, there is no chocolate used in its preparation. Omani Halwa consists of sugar, honey, rose water, eggs, several Omani spices and nuts. It is usually served with kahwa and dates.

Because Skype and similar clients for calling are blocked in Oman, you need to use VPN. At the beginning of every month, there was 75 GB of data available for use so it was possible to write messages and make calls using the above-mentioned VPN. Apart from that I highly recommend buying pre-paid sim card with the internet.

It's highly recommended to have some form of entertainment with you available (movies, series, pc games, books etc.) because sometimes it got boring at the accommodation. Also prepare for slightly elevated temperatures (July and August are among the hottest months, the temperature can go up to 45°C during the day) and prepare yourself for not partying and drinking alcohol (since in Islam it's prohibited to drink alcohol, only places where you can buy over-priced alcohol (beer costs around 7EUR) are hotels). Everything is far away so be ready to either pay for a taxi, rent a car or hitchhike (I highly recommend doing it, it's easy to catch a ride in Oman, I was hitchhiking almost everywhere, the longest hitchhike I did there was from Muscat to Salalah, approximately 1000 km).

Sunscreen, sunglasses (I lost mine in the first week), money (I received my paycheck on my last week there)

It was a great opportunity to work for PDO (not necessarily because of the work itself, but because you get to know many people working in oil and gas industry who are willing to share their know-how, they can advise you when it comes to your career and for networking in general). I had also enough time to get to know the Omani culture and experience Oman from a different, non-touristic point of view I feel grateful for.

People from IAESTE Oman regularly visited our accommodation so we were meeting them on regular basis.

Great, I highly recommend Oman (and PDO particularly) as a place for your future internship. 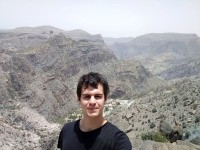 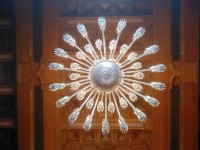 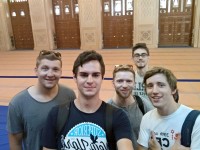 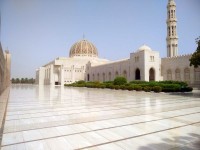 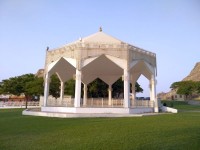 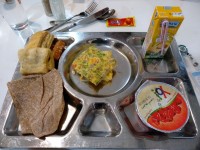 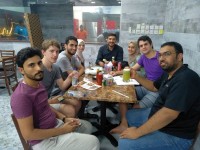 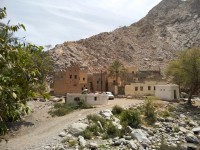 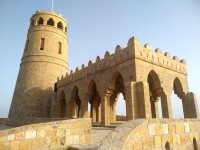 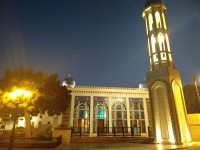 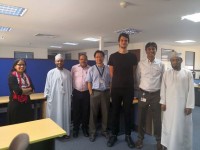