Hungary is a country in Central Europe that covers an area of 93,030 square kilometres in the Carpathian Basin, bordered by Slovakia to the north, Ukraine to the northeast, Austria to the northwest, Romania to the east, Serbia to the south, Croatia to the southwest, and Slovenia to the west. With about 10 million inhabitants, Hungary is a medium-sized member state of the European Union.The official language is Hungarian. Hungary's capital and its largest city and metropolis is Budapest, a significant economic hub, classified as a leading global city. Major urban areas include Debrecen, Szeged, Miskolc, Pécs and Győr.

During my internship, I was working for middle-sized company PPG Trilak. This company produces paints and industrial solutions in the field of paints. There were less than 200 employees. Only management and shift leaders could speak English.

My task was to re-draw old maintenance drawings. For this task, I used AutoCAD software.

My salary was 140 000 HUF. It was not sufficient for local conditions. I paid half of the salary just for accommodation. Then I spent rest of the money in 14 days (food, party, beers, public transport ticket...)

Local people, 30+ could not speak English at all. Good English was enough then (daily life, work, friends).

IAESTE Hungary provided my accommodation. It was not worth it. I spent 70 000 HUF on accommodation. I stayed in the two-beds room with a roommate. The bathroom was included. There was a small kitchen on every floor. That place was really dirty and there were cockroaches everywhere. For this price, you can find a better private accommodation in the city.

I arrived by car, so I checked in to my hostel. They already knew about me. IAESTE Hungary was really bad at organizing. For 8 weeks they organized only 2 one day trips. So we did trips with other interns together. I met a lot of IAESTE members but they were not really interested in us.

I met a lot of another interns. More then half of us lived in same hostel as me.

No problem with communication

I have a problem only with IAESTE Hungary because of my accommodation and that they did not prepare too many events. 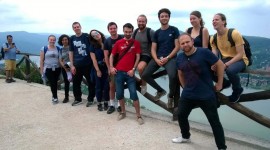 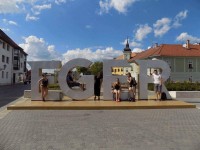 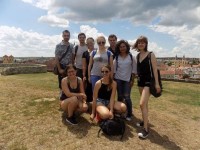