Campinas the city where the internship took place is located on the north from Sao Paulo, it's under two hours by bus. It's a city with population over one million people.
The internship stared during summer in Czech which is winter in Brazil the weather is dry and hot around 27 degrees during the day but at night it was little bit cold sometimes, around 10 degrees.

My internship was at UNICAMP which was over 30,000 students so the campus of the university is huge and most of the activities took place there, there are many restaurants, bars and things to do around it, the district is called Barao Geraldo and if you live there you can basically spend all of your time there. To the city centre it's around 40 minutes by bus, it has some really nice parks and trails for bikes but otherwise it's just a regular city.

The location was perfect for trips because it was just 2 hours from Sao Paulo where you can get easily by bus. Travelling by bus is really comfortable and quite cheap. There are also some natural reservations around where you can get by car, we travelled by car in a group of more people so it was also cheap and the road and everything are good so there is nothing to worry about.
You can also travel by bus to Rio de Janeiro, it takes around 10 hours.
We also did some trips by airplane which I would highly recommend because the are not expensive and it's totally worth it.

I worked at a faculty of architecture, the campus is so large that there is even bus that goes around it, I personally worked in a nice building mostly with professors all of them spoke english and were really friendly.
I shared office with one of them and I could go to work when I wanted because I had my own keys.

My task was to read articles about urban planning and water supply and review if they were useful for the research that my professor was working on. If it was useful then I would write a short description and some key words and then put it into school research system so they would be able to find it later.

My salary was little bit higher than on the contract it was R$ 850 a month which is not enough because only accommodation was around R$ 400 and if you wanted to little bit enjoy Brazil it would recommend bright some savings with you.

At work and with students at the university is English enough but everywhere else it's little bit problematic without Portuguese, but I didn't speak at all and I still managed everything.

Accommodation was managed by IAESTE and at first I lived with a Brazilian family in their house, it was nice because they showed me places and how they live and cook in Brazil but it was little bit far from the campus so after one month I moved into a shared house with other students near the campus.
Price of accommodation as around R$ 350-600.

Well the meeting at the airport when I came was great, someone from the university picked me up and took me to the house of my host.
The only problem was that I got this information only few hours before we were supposed to meet until then I didn't know anything about the place where I would be living. I got this information when I was already in Brazil.

I lived and worked without any other students so I had to find other foreign students via social networks, there were around 9 people working at different buildings so we got to know each other and then spent most of the time after work together.

There is a faculty of P.E. where if you want to you can join some curses, there are many things happening on the campus. Students organise many events and parties which are all really good. Most of the times you just pay entrance and then have an open bar.

As an internship student you can eat breakfast, lunch and dinner on the campus but it's almost the same everyday, mostly just beans and rice with some meat or salat, you can save a lot of money on food if you eat only on campus but since is almost the same I wouldn't count on it.
In restaurants are the prices little bit higher than what I was used to from Prague but not that much, in stores it's also little big higher, but some for us exotic fruits etc. are cheap.

The time difference is 6 hours, I got Brazilian sim-card and if you buy some data you have whatsapp for free so I was using mostly that, but you need some person from Brazil to buy the sim-card for you. There was also wifi on the campus and in the house.

I would suggest to be more aggressive about getting information about your accommodation in advance and then ask somebody from the house what do you need.
Because it's really individual based on the houses.

Definitely be ready to spend some money and also I was little bit surprised how cold it was during the night.
Also you are not able to use Czech money to exchange money in Brazil so if you wanna have some cash on the way with you already you have to bring US dollars and exchange those in Brazil afterwards.

The biggest benefit is being able to enjoy different culture and living in exotic country on your own. My personally didn't learn anything new at my work but it didn't matter because the main reason I wanted to this internship was visit and try to live in Brazil.

I had a problem with my contract when I arrived and if it wasn't for Czech IAESTE it could have been a problem other than that everything was good. They planned one weekend for all IAESTE students from the whole country and that was pretty cool we got to meet other students from different cities and they prepared games for everybody etc.

One of the best summers of my life, it was better than I expected. 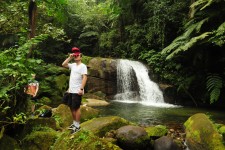 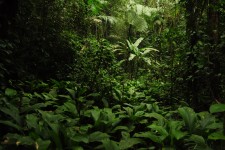 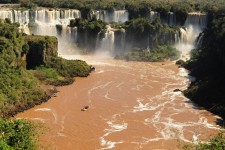 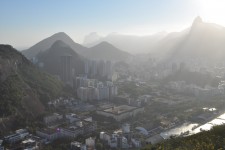 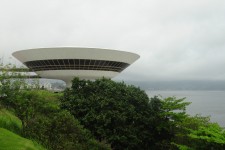 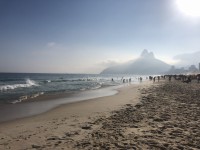 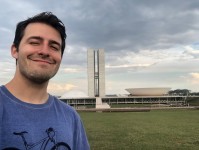