Sharjah is right next to Dubai on the west coast of UAE.

Sharjah is known for its university and museums. But thats all... If you wanna do more you have to travel a lot and that costs a lot if you use the taxi. It's better to collect the money, find the driver among the interns and get yousrelf a car. That's cheaper.

With the car it's really easy to get anywhere - Dubai, Abu Dhabi, Al Ain, Fujairah, there is sooo much to see, just check the tripadvisor or groupon - they have some really good deals but always check the reviews. And I personally recomend to go camping in the desert.

Dr. Mohammed was really nice person he explained everything and it was always very entertaining when he was around the lab.

I did some tests for detecting the insulin fibers in the solution. I mixed my own solutions and used UV and Luminiscence spectroscopy. It was fine.

It was like 140 per day? It was around 3000 every month but according to how many day we worked so first month was tough and I had to use some spare money I got but then I was ok. I travelled, I was shopping a lot and I was eating decent meal every day which I prepared myself (cheaper). But some of my friends were on really tight budget every end of the month so it's up to everybody.

English, everybody in that country speaks english even though some of them are only on elementary level. They are trying which is nice.

We lived in university building outside the campus, it was like 10-15 minutes ride from aour apartments to the campus. The apartment wa clean, provided by IAESTE, cost 750 Dhs a month and was paid upon arrival. We lived in an aparment with one living room, kitchen, two two-bed bedrooms and two bathrooms which was awesome. 4 girls in one bathroom in the morning would be really bad.
And as for the transportation - school provided 2 buses in the morning (7.10, 8.30) and one in the afternoon (16.30) everything else you have to pay yourself. And taxi is very expensive in Sharjah and Dubai. But for example in Abu Dhabi it's much cheaper.

The pick-up was only in particullar hours by the school driver. People who arrived at different time had to take taxi and the IAESTE didn't gave us proper adress so they had to use their phone data to check the location and show it to the driver. They don't really use their GPS and it's really hard to get used to this. For example I had to get a taxi for my flight back home, I ordered one for 6 a.m. but nobody showed up or called and I had to find another taxi. It was stressful.
IAESTE organised 3 events for us and one with us for the school. I expected more in three months.
And be careful - the communication is so bad in whole country and especially the school. If you want something do it yourself.

We had WhatsApp group in which we organized trips ourselfs. It was nice and I made friends in sooo many countries! Every moment spent with them was pure fun.

We had free enty to the sports complex in the uni which was really nice. Gym fully equipped, big basketball court and medium-small pool in girls complex. For boys there is much more.
There were some cultural events happening during my stay in the school and it was always really nice to see how they celebrate basicaly everything.

Ohhhh tasty rice (i don't know which spices they use but i loved that) and meat was a must. I personally love knafeh - special sweet you HAVE to try.
I don't have a problem with eating anything as long as it's tasty so I tried multiple types of mutton (awesome!), fish, sea food... It was delicious. And dates - lot of dates everywhere.
They drink karak tea (some special black tea with milk - sweet I didn't like it but my friends did) and arabic coffee (the taste is really different. Didn't like that one as well).

It was hard. All calls through social media are banned facebook, skype, whatsapp, viber... BUT! You can use VPN and although you'll struggle to find the perfect one, you'll manage to call anywhere.

Don't rely on IAESTE. Find yourself friends and travel! See people, enjoy the sun and just... enjoy yourself. It was amazing experience.
And wait with getting a sim card after getting an resident ID - it's cheaper. You can't survive there without one, or without having a friend who have one (like me, i didn't want to buy it :-D).
And don't be afraid! The country is really safe, my friend lost her phone 3 times and she found it every time. People will stare at you but nobody would even touch you. There are cameras everywhere and the punishments are soooo high nobody would try.

Something small for the kitchen - salt, pepper, knife... up to you and your suitcase possibilities. Swimsuit - one piece for school pool and/or bikini for the beach (yes, you can wear bikini at the beaches in Dubai, don't even try beach at Sharjah, they would arrest you. Sharjah is very bad Emirate but as I said - Dubai is right next to it!

I met so many people, practise my scientific english, saw so many places. I really enjoyed. It was like holidays from my life :-D

These people are really nice and I would like to believe that they are doing their best but they are paid for that and it's not enough. People here in Czech Rep. can do a lot more for interns and they are doing it mostly for free. They managed to get us nice internships, decent apartment and all this. And they even get us the internet, after 18 day. After we asked like every second day. And after one girl spent a day waiting for an IT guy in front of his office.

It was awesome - you know what, you remember only the good parts. Not the sad ones where you were seriously thinking about getting on a first plane back home.

Instagram : IAESTE UAE, but don't believe anything there it's all made up to look the best. 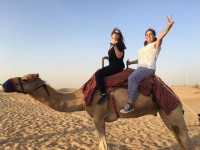 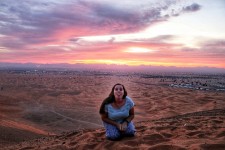 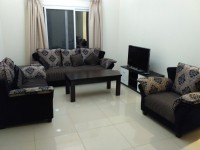 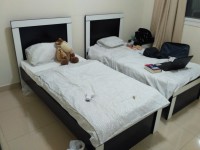 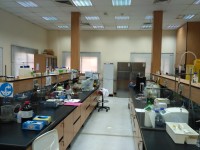