since Warsaw is the capital there is always a lot to do, especially when traveling with IAESTE :) I highly recommend Free walking tours (https://freewalkingtour.com/warsaw/) if you want to know something about the city (I just wish I discovered them earlier) - they are also in other cities in Poland (Krakow, Wroclaw, Gdansk, Poznan, Zakopane and Lviv). When traveling to other cities you just have to take in count that it always takes at least three or four hours to get anywhere except for Lodz (1,5 h).

I was working in small architecture studio in Warsaw (http://www.apacad.pl/). Our boss was very nice, he always explained me the whole design including the history of the place etc. when I was to start working on a project and we could even take a few days off for the weekends (we were two interns there).

I was working on a project of a community centre in Lubawa which was supposed to be built on basis of old medieval castle. The study was almost done when I came there so at first I was doing a 3D model and adjusting a disposition. Then I was designing an interior and preparing visuals for the presentation in Lubawa. After visiting Lubawa, they were continuing on some technical changes the client wanted to do, and I was switched to another project where I was doing a 3D model for a square design in Nowe Miasto Lubawskie which I just finished before leaving... :)

I got the same amount that was in the offer minus the tax. The prices in Poland are very similar as in Czech Republic, and the rent was very cheap so for basic living it would be sufficient enough indeed. I was travelling a lot and I was eating in restaurants very often because I didn't have time nor dishes to cook so I was slightly in red numbers in the end after all. But I think that if you refuse to spend more than you earn there it's possible. They just have very expensive beer there comparing to the Czech Republic... :D

I was good with English - at work everyone spoke English, and since all the interns lived in one dorm, we were in kind of international English-speaking bubble. And since Polish is slightly similar to Czech I learned to at least understand some of it.

There were lots of interns in Warsaw and almost all of us lived in one dormitory called Bratniak which cost 351 PLN per month. We had rooms for two people with a sink and a fridge. Bathroom with kitchen was at the end of a hallway for the whole floor. The dorm was renovated not so long ago so everything was brand new and it was also close to the centre (few minutes by tram). Just be prepared that ladies at the reception don't speak any other language than Polish so it's better to take someone with you to translate which won't be any problem for sure.

I got a buddy right after being accepted for the internship even before getting there so I had all information needed in advance. She answered my every question and was very nice. She picked me up at the train station and showed me around the city, where to eat, what to do etc. We were also in touch with IAESTE Warsaw members - they organised some events for us or just hanged out with us every day, so when some problem occurred there was always someone willing to help... :) There are also IAESTE weekends - in Warsaw or other cities in Poland and the rest of Europe - which I really recommend to attend. You just sign up a get wherever the weekend is and the rest (accommodation, food, program etc.) is provided by local IAESTE. The easiest way to travel and meet new people from all over the world! :)

Most of us lived in one dormitory so we hanged out literary every day! :)

There are bikes for hire everywhere in Warsaw so it's super easy just get the app, ride a bike and then return the bike wherever you end up (you just need a polish phone number for this). As for the rest - Warsaw is the capital, so it's no problem to do whatever you like there - it's was sometimes hard to choose from all the possibilities... :)

Generally, Polish cuisine is very similar to Czech one so there was nothing especially surprising for me... but I loved pierogi, you have to try ALL OF THEM!

by phone, don't rely on Skype. We had VERY BAD internet in the dorm - wifi was so slow that I rather did the important stuff on the internet at work (internet payments, reservations etc.) We could get some token and use cable internet (so it's good to take the cable with you) but you have to get some code at the registration office first which was impossible for me - you are supposed to get it after you pay the rent but I was there countless times and they had some issues all the time, I usually ended up with filling the same form as the last time and nothing was solved. I got the token after one month! Then I registered with it on their website and it didn't work so I wrote the email to the IT support (provided by students), they replied after two weeks and it didn't work anyway so I gave up (it wasn't really worth it for one last week). Generally just prepare that it'll take hell of a nerve to deal with dormitory staff - they have special bank account you have to send your rent on for every student living in the dorm, the number of this account is secret - they wanted me to pay the rent, but they couldn't tell me the number and when they after two weeks of constant conversations finally did, it was a wrong number. Then they needed a thousand confirmations and the number didn't matter at all in the end. And the best thing is that the office is opened between 8 a.m. and 4 p.m. which is precisely your working hours. They also speak very bad English (if some at all) and going there with your Polish speaking buddy doesn't help much - you know what are they trying to say but they don't solve anything anyway. The only consolation is that if you ignore them the final result will be probably the same - nothing. I didn't need the internet that much anyway since I was usually out with others and when the dorm decides to communicate with you they tell it to some IAESTE member to tell you (sending emails is probably too much for them). Oh, and we used our public transport cards for entrance to the dormitory (luckily there are keys for the rooms) - I lost the access after paying second rent and even all the payment confirmations didn't help. But considering the above even this didn't matter that much - I was usually with someone with the card and when not, the ladies at the reception learned to remember that I am the crazy one who lives there with not working card and very poor Polish :D

nothing special... maybe for the public transport - you will need Warsaw card which is better to get when you get to Warsaw (it's unnecessary to order it in advance since they are able to print it for you in few minutes). You just need your printed picture (same size which is used for IDs) and there are several offices you can get it - one is for sure in Dworzec Centralny (main railway station) - you can find them on their website: http://www.ztm.waw.pl/index.php?l=2 It's also worth it to consider getting a polish phone number cause you will probably be in touch with lots of polish people, lot's of interns get polish number and you can use it for bikes too. (On the other hand, it's only expensive with Czech number when calling outside EU).

Just take a good mood because you will be probably meeting A LOT of new people since IAESTE Poland is really huge (lots of committees, therefore lots of members and of course lots of interns!) :) And if you want to be practical - bring an umbrella and whatever you need the most in the kitchen since there are no dishes (unless you want to buy them) - it was just a kettle and a coffee mug for me... :D

meeting new people, getting to know about other countries, travelling, work experiences... I could go on... simply awesome memories! :)

We were in touch constantly so everything was solved right away...

the best, it's awesome bunch of people who make everything work for which I'm very grateful :)

didn't need any, we were in touch via facebook or phone...

https://freewalkingtour.com/warsaw/ - Free walking sightseeing guided tours
https://www.veturilo.waw.pl/en/ - Warsaw public bikes
http://www.ztm.waw.pl/index.php?l=2 - Warsaw public transport
https://jakdojade.pl/warszawa/trasa/ - how to get anywhere by public transport (works for Warsaw and other cities)
http://www.polskibus.com/en/index.htm - buses to travel in Poland
https://www.intercity.pl/pl/ - trains to travel in Poland
https://jizdenky.regiojet.cz/?0 - if you want to go to Prague use this 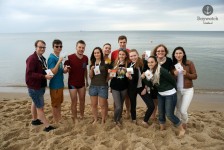 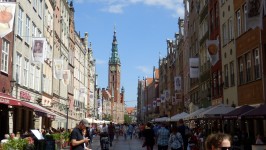 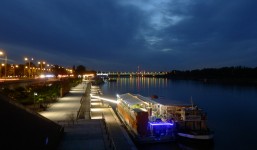 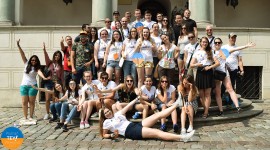 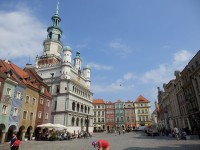 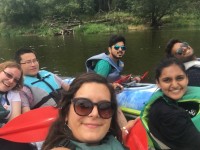 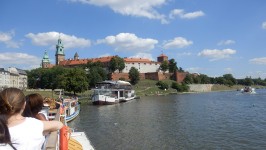 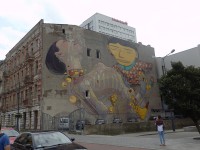 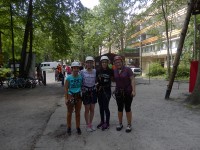 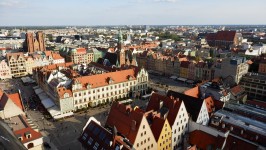 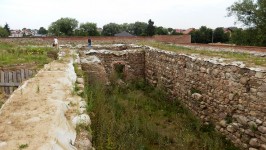