I was working in plant located in village Zaldibar. First I was living in Vitoria-Gasteiz, then in Zaldibar and last three months in Bilbao.

Vitoria-Gasteiz is pretty city, located 1,5h driving from the coastline, with appox 200 thousands inhabitants. It is not typical magnet for turists, but historical city center is very nice, and you can find here all of the important infrastracture. City has his own university so it is full of young people.
Zaldibar is small village far from everything important, life here can be calm and peacefull, but I can't recommend it to anybody from abroad with low language skills - social life zero, one minimarket, one primary school, I am not sure if I have ever met there anybody aged in the range between 15 and 35. Only real advantage was saving time on my way to plant and saving money for transport.
Bilbao is the biggest city in the region (with aglomeration 900 thousand inhabitants), advantages are similair as in the case of Vitoria-Gasteiz, but Bilbao is more cultural, cosmopolitan and with sofisticated public transport infrastructure. Bilbao is close to the coast, which means it has very wet climate, but you can also get to beach by metro.

Basque country is very mountainous. You can find here a lot of good places for surfing and very pretty localities like San Juan de Gaztelugatxe. San Sebastian or Bermeo are also very nice. Behind the boarder of region you can find cities full of history (Burgos, Leon, Pamplona) or beatiful mountains without turists (Puerto de Orduňa, Picos de Europa,...). Approx in 5 hours you can get by train to Barcelona or Madrid.

In beginning I was quite optimistic. I was responsible for communication with potential suppliers from china and korea and responsile for administration of supplier database. Another task was to communicate with czech plant and help with coordination of production. Unfortunatelly my colleagues were very bussy. This programme was not consulted with them (it was idea of representative from dominion) and their "ordinary" tasks had higher priority. My workload was continouslly decreasing and job started to be unsatisfactory. I was initiative, but it did not help. At the end of my stay we had feedback session where I describe my impression from my internship. This could help company in the future and I think, there is a chance that next year approach of company will be different and internship will be much more valeuable for participants. In this regime, this internship experience was not valueable for my proffesional life as much as I expected.

Sufficient for good life standart but not enough for create savings. Accom and travelling took approx half of the salary.

Colleagues were mostly able to speak english, but for everyday life is spanish very important. Spanish is global language so people here thinks that english is not really important skill for their life.

First accom was provided by IAESTE and it cost 300e, problem was that it was 55 km far from plant. That caused I had to travel by car (my own) 2,5 hours a day through mountain pass. Then I moved to Zaldibar. This accom cost 355e and I managed it by my own. It was without contract and owner didnt speak english. Communication was very complicated and realitons not good. In the end my colleagues helped me, but anyway the final deal was not really satisfactory form me. Then i moved to Bilbao. Price was 360e. Flat had a good location, we signed contract and realtions were OK.
In all of the cases accom was very cold (it was quite usual that I had 16 deg inside after night), but unfortunatelly this is typical in Spain.

Two guys helped me in beginning. One of them later left Spain, other one, local president, was not available while I wanted to discussed with him current issues (he was not able to answer any message for 2 weeks). Then other guy (Juan) helpled me and I was in touch with him especially during second half of the stay. Organised events - I was invited for one official event in october, later nothing, only occasional visiting pubs with Juan and his friends.

Once, but that was a sort of coincidence

Coast is paradise for surfers. Mountains are great for hiking and biking. You can visit a lot of cultural event, such as jazz festival or carnival in february. Unfortunatelly almost everything is in spanish, including movies in cinemas.

Amazing, focused on seafood. It is not always cheap, but it is always fresh and tasty

No roaming, no problem

Practise spanish before and be iniciative

Experiences, more on personal level than on proffesional level

My impression is influenced by approach of local president, who helped me the first day and then didn't care about anything, later it was much better after he outsourced communication with me.

It was my second internship. In both cases, communication on czech side was good and approach very well structured. In Spain/Kazakhstan it was different story. 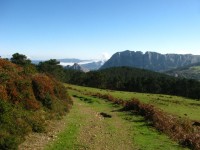 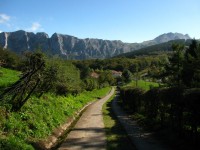 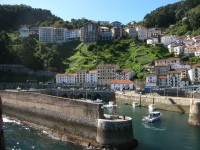 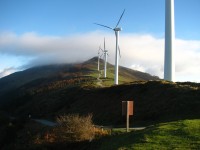 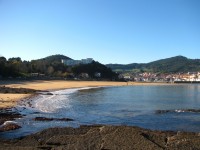 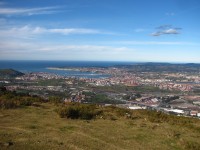 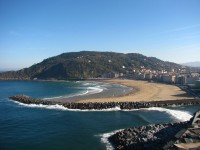 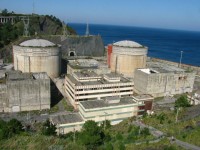 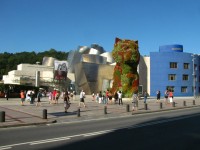 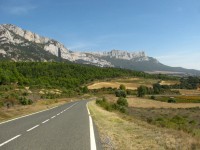