Master of science in Engineering Thang Do, CTU Prague, ročník 6

Switzerland is placed quite well for traveling in my opinion, easy to get around with Flixbus for eg.

Zurich is the biggest city of Switzerland. That fact is reflected in its international environment so hearing english in public transport is quite common. The city has a big lake which is definitely one of the places to be in summer.

Switzerland is well known for its Alps. Closest hikes are reachable within and 1hour and half. Zurich is surrounded by mountains and essentially whenever I was running in the forest there was this spectacular view of the sunset over the snowy peaks of the mountains. All the cities in this country are worth of visit since there is this mixture of german, french and italian culture. Namely Basel, Geneva, Lussanne.

CV Cube ag. a little startup working hard everyday to survive. I had two bosses one was the CEO and the other CTO. The differences were really big. The CEO guy was always pushing and telling what he wants in regards to the product that we were developing while the CTO guy had rather focus on the technical perspective and so we had hours and hours of discussion on how things should be done.

Since it was a small company both of them were driven by results and didnt care too much about the quality of the work. So that woke me up from the 1 month full of enthusiasm dream.

Full stack developer. Implementing backend in python, and javascript stuff on frontend. I also had an opportunity to desing UI. The backend was mainly writing APIs. Frontend was more fun, I had a chance to touch Vue and React. Designing the UI was mainly done in Photoshop, where I was drawing the screens of our app.

2000 CHF before taxes, got 1800 after. I was one among the really low paid guys. Still it was enough to eat out every now and then. Going to a boulder place once a week and still had a little money extra to buy clothes. So if you are planning to save some money get a better paid internship cause I was just in a little plus at the end.

Workplace was in English. I didnt have any problems either to speak it in the city. Tho sometimes ppl just switch into swiss german and so even if u know a little of german as I do its impossible to understand anyway. The more u speak the better. Always.

600 CHF/month
It was a large dormitory room (where 2 ppl fit easily) that had around 13m2. It was a cosy room up in the mountains 20 minutes from the downtown. There were 50 ppl living in the whole house. So there was always someone to talk to.

IAESTE found it for me.

There are weekly meetings so if u happened to feel lonely there is always someone to hang around with. The best are the weekends trips which are always worth of the money u pay. So we did some cool hikes, went skiing, visited chocolate factory. On those weekends u will meet a lot of ppl. Some of them remained really good friends afterwards.

I stayed at the dormitory called Vincenz House (recommended) so student where everywhere. But besides the IAESTE guys I didnt meet any local students. At the end I managed to create sort of a gang of 5-6 ppl all IAESTE. We were just hanging out doing stuff, organizing trips or just going skating.

Locals are crazy about running so if u like running u will like zurich. The city has several theaters and galleries as any other city but in comparison to prague its very poor. I guess u can find good stuff in Zurich as well but u have to very determined.

U got to try fondue, chocolate and raclet, dont leave the country without trying! Otherwise the swissfood is normal european, boring. U better go to Milan which is 4 hours far by bus or train to get some proper italian shit and gelato.

This question is not relevant in the 21 century. Unless u dont have internet.

Everything feels really really expensive at the beginning. Dont worry you will get use to it. They also have different el. plugs here. Dont try to make jokes with swiss ppl about their swissness and flag. DONT work too much its just an internship, try to visit nature as much as possible, you wont find anything similar to what they have here. Dont be afraid to spend money going our for dinner, its worth. Trust me.

Work-wise I learned how to deal with authorities. Felt how it is to be under pressure bcs of deadlines and got used to working 8-17 regime. Personal-wise I met new interesting people. Saw real mountains and overall just pushed my limits again.

Everything went smooth. There were no problems. I mean I might have communicated once or twice with the local office.

As usual. It was cool, ppl are very helpful and caring. All of us share the same passion for traveling and working. Pretty much there is nothing to complain about. Being an intern with salary equals happy interning. 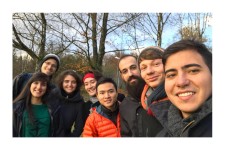 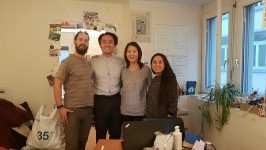 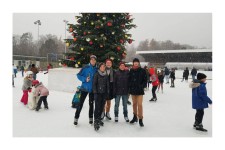 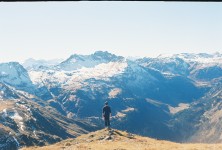 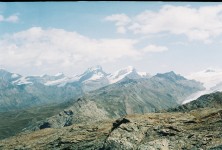 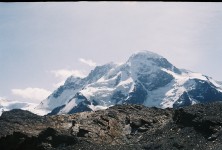 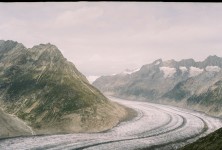 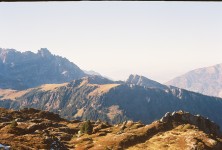