My first place of living was in Vitoria-Gasteiz. Vitoria is the capital city of the Basque country, autonomous community. It is situated in the North of Spain, 70 kilometers from the ocean. After two months I moved to a coastal city, San Sebastian, also located in the Basque country.

Vitoria is a city with approximately a quarter million inhabitants. It is a home to a successful football club Deportivo Alaves and basketball club Saski Baskonia. Apart from all the parks and historical places, there is also a university so there are always a lot of people to hang out with.
San Sebastian is a smaller coastal city with a nice sand beach where it is possible to surf. There is also beautiful Old Part and many festivals to enjoy.

Speaking of trips and nature, the Basque country is great. There is ocean and mountains in one place. This area of Spain is popular for surfing. Mundaka was one of the sites of the World Championship Tour of Surfing. Other cities worth seeing are for example Bilbao or Pamplona. I also visited Madrid and Barcelona but it’s about five or six hours by train.

I was working in CIE Automotive that designs and manufactures various car components and subassemblies. It has production locations in 90 locations worldwide including the Czech Republic.

My first workplace, according to the O-form, was near Vitoria-Gasteiz in an industrial area. It was a factory focused on machining that produces various metal car components. I also had a company car to commute easily every day which was excellent. But the work was really unsatisfactory. When I arrived, nobody knew what I should do. So for the first few days I stayed at an automatic line to observe the process. I was also asking what to do but nobody knew. After these few days, I met a manager and he showed me a training plan and told me that I was going to do shifts (luckily not night shifts). The training plan seemed fine so I went for it. But it turned out that they wanted me to work as an operator on the production line. So I was standing eight hours a day doing the same thing, like measuring pieces and changing tools, over and over again. This is good experience for two weeks but not for two months. I also asked them if I could do anything else but unsuccessfully.
So I got in touch with the contact person from the HR of CIE and he solved everything by finding me a new workplace in CIE Orbelan in Andoain where plastic car components are made. I had to move to another flat but it was worth it. The job was much better. I used to spend mornings in the tool-shop doing some practical work, like small repairs of molds, etc., and in the afternoon I was working in the office. In the office I mainly focused on production optimization so, for example, I did some programming in Python. I also cooperated with a Czech plant in terms of practical stuff. Colleagues in Orbelan were great – very friendly and nice to work with.

Salary was absolutely sufficient. I paid the accommodation, food and still had some money for traveling, sports activities and parties.

Almost everybody at work in Orbelan was able to speak English, so no problem. But on streets or in shops Spanish is very useful.

While in Vitoria, I was living with two other people (had my own room) in an apartment in the city center. People from IAESTE got it for me. The flat was OK but needed a little bit of cleaning. The rent was 300 EUR/month + internet which was 20 EUR/month/person(!)
My other flat was in Hernani (the outskirts of San Sebastian). I found it on my own but I had a great support from IAESTE when I needed anything. The flat was OK and the rent was 250 EUR/month.

Three IAESTE people picked me up at the airport by a car and then we had a lunch in Bilbao, so great :-) We were only two of IAESTE trainees in Vitoria so I attended events with Spanish people I met there.

Since there is a university in Vitoria, there were always parties and other events. In San Sebastian I didn´t know any IAESTE member but I hung out with my colleagues sometimes.

In Vitoria and also in San Sebastian there are many possibilities to do sports. There is the ocean, swimming pools, gyms, etc. but sometimes it’s quite expensive so one has to search a little bit to find something cheaper. As mentioned above this area is great for countryside exploring.

Food in the Basque country is amazing. There is a lot of great seafood. Try everything you can! One of most typical dishes in this area is probably pintxos (small savory for 1EUR) and kalimotxo (red wine with coke).

Try to find out what your job is going to be like, what you are exactly going to do. The more information the better. And also learn Spanish, it’s more than useful.

An umbrella. In the Basque country it rains all the time.

It’s a great experience to live and work abroad on your own. I also gained working experience form an international company.

Great. They helped me with everything I needed. Easy communication via WhatsApp.

Overall experience with IAESTE people in Spain is great. 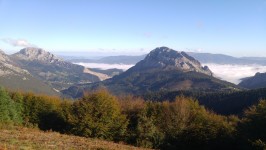 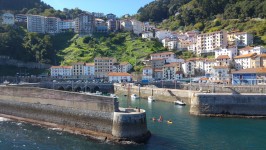 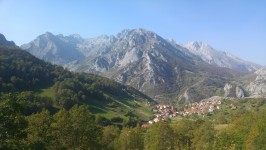 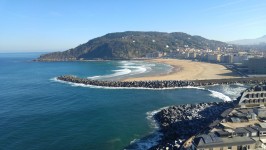 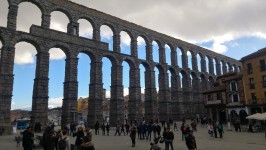 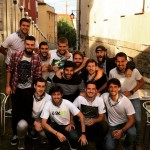