Serbia is an inland Balkan country without access to sea.

Belgrade may seem like a poor city with a lot of ruins (remains of NATO bombing in 90s). However, underneath the first impression one can find a pulsing city with an unique character. Capitol of Serbia offers a lot of possibilities for enjoying night in many bars, cafés or kafanas. For those who are looking for a healthier way of spending their time is there plenty of playgrounds (basketball is quite popular in Serbia) or several swimming pools as well.
Best way of transport in Belgrade is either by a car or by quite dense network of public transport (buses, trams). I wouldn't recommend relying on bike in Belgrade.

Belgrade is a good starting point for reaching other worth-see locations in Serbia. Close to Belgrade there is another big city Novi Sad, which hosts a big music festival every Summer.

I worked in the Institute of Chemistry, Technology and Metallurgy. It is a scientific institution which cooperates with University of Belgrade.

I was helping the research team with preparing for the project presented in Germany later the same year. My work consisted of assembling various laboratory apparatus, calculating parameters of experiments, plotting electrochemistry related diagrams and reading through scientific papers.
Some particular tasks: Ultra-filtration, work with Rotating-Disk Electrode, separation and purifying of TiO2

22000 RSD
Salary wasn't sufficient at all, because the biggest share of it was spent for accommodation.

People in my workplace spoke English. However most of the people in Belgrade didn't speak it, which made communication sometimes quite difficult. Serbian language is from the same language family as Czech, so it wasn't so difficult for me to catch some Serbian words and sometimes make a small conversation out of it, but as I observed, people from non-slavic speaking countries considered Serbian difficult.

16000 RSD
I lived in apartment that belonged to IAESTE. I shared it with another 8 guys, but the number of tenants differs depending on the time of a year. The location was pretty good. However, the interior of this apartment was old (at least it looked like that) and sometimes in a poor condition. Sometimes there were problems with neighbours complaining about noise.

I was offered a pick-up from the railway station, but I didn't use it. Sometimes if member of IAESTE wasn't able to pick somebody up, some experienced foreign student did it instead, which I consider as a very nice gesture.
There was plenty of events organised by IAESTE, we were meeting its members a lot. During my stay I had only one weekend when there wasn't any organised event. I was very satisfied with this part of my internship. Guys from IAESTE were very caring and helpful, always ready to answer our questions and resolve our problems.

Since I shared apartment with another 8 guys, I was in a quite close contact with other foreign students. There were two big groups of students depending on where they lived (apartment or dorms). All of us met quite often on events organised by IAESTE.

There is a lot of basketball or football courts in Belgrade, also several swimming pools. During summer there is a possibility to swim in Ada lake or to roller-skate/ride a bike along the river.

Serbian cuisine is very nutritious. It focuses on meat or cheese. Serbians are also proud on their often home-distilled spirit called Rakija. And I must admit that their pride is righteous.

Serbia is not a part of EU, so while EU citizens aren't suffering from the "roaming" anymore, in Serbia texting or calling to Czech Republic could be quite expensive. It's cheaper to buy a Serbian SIM with internet connection and communicate via e-mails, Whatsapp, etc.

I regret not learning Serbian language a little bit in advance, so I would definitely recommend that.

There isn't anything special.

Internship in Serbia was very beneficial, and I would totally recommend it to anybody. I gained some confidence in spoken English, got some experience from electrochemistry and made a lot of friends among people from various parts of the world.

Without any problem, they were very helpful and caring. 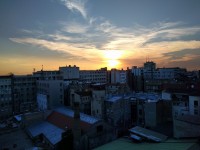 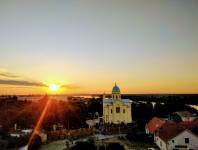 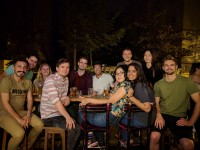 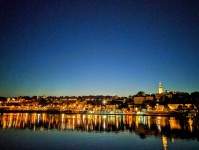 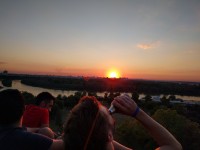