Nofer institute is situated in the north part of the city with good access to public transport (bus, tram).

Łódź, the third largest city in Poland, is a city of the multicultural heritage of Poles, Germans, Jews and Russians. A city of the industrial revolution, of the steam engine and the electrical era. It's housing the world-famous Modern Art Museum and the Lodz Film School.
From the 19th century Łódź has been the land for many nations: Poles, Germans, Jews and Russians. Among them were many great industrialists, merchants, bankers, architects and writers who created a modern city and its culture. The Jewish community at the turn of the 20th century was estimated at two hundred thousand. The Shoah, the darkest episode in the history of Europe, took the lives of all the members of the Jewish community in Łódź. The way of death led from the ghetto in Łódź, (called Litzmannstadt by the Germans), to the Nazi death camps in Oświęcim (Auschwitz) and Chełmno (Kulmhof). The remaining material symbols of the Jewish culture, the inherent parts of the cultural landscape of Łódź are historic buildings such as the centre of the Jewish community, the Reicher synagogue and the biggest necropolis in Europe covering an area of 4100 acres where seventy thousand Jewish headstones are preserved. The German industrial culture played a significant role in the development of the city. It has left factories and the haughty residences of the manufacturers, power and communication machinery, Evangelical churches and theatres. The powerful textile empires created by industrialists of German origin are now used as the foundations of various institutions.

Warszawa
Kraków
Wrocław
I strongly recommend to use Tripadvisor app where you can find many useful tips for trips, restaurants, nice city parts and monuments.

Department of Chemical Safety is very small (8 employees). I was involved in some easy office work and simple corrections of my supervisor's articles. After my demands and initiative I was invited to take a look to labs in other departments of the institute and to take part in excursions with medical visitors of this institute.

Dorms (free of charge, arranged by IAESTE Łódź) are clean and comfortable but not equipped so don't forget to take your own kitchen stuff etc.

IAESTE UMed Łódź didn't offer me to pick me up at the bus station. Communication was quite poor. But I'm sure it was caused by the timing of my internship.

I had my internship in September before start of the semester so there were no students at all. No foreign students, no polish students, no trainees.

There are many nice and interesting places to see - Piotrkowska Street with beautiful monumental palaces and houses, cultural centre Manufaktura with shops, cinema and live music. You shouldn't miss to visit local relics telling the history of the Jews during the WW2. Before the World War 2 Lodz had the second largest community of Jews in Europe - one third of the city's population (230 000 people). Lodz ghetto established by the Nazis was the second largest ghetto in all of German-occupied Europe. More than 165 000 Jews were transported to Auschwitz and Chełmno extermination camps from this place.

Poland is a country with great access to mobile data and MP signal so I see no problem to communicate with any other country you need to be in contact with.

IAESTE UMed - contact them many times and make sure that they know about your arrival, about your accomodation, about dates when you are going to start and finish your internship. Ask for written confirmation of your accomodation.
Dorms - take your own kitchen stuff, personal stuff (towel, soap, t. paper) at least for the first day of your stay. If you'll stay in dorms Plac Hallera, you'll have induction hot plates in the kitchen. It's good to know in advance bcs you need to have a pot and a pan from special material for this type of plate.

IAESTE UMed Łódź didn't offer me to pick me up at the train station - so it's better to prepare for this scenario and have some mobile data or a map (offline map or the paper one). There were no organised events, I met only one girl from local IAESTE who helped me to reach the institute and manage some necessary things on the first day of my internship. To be honest I'm not very satisfied with the care I received from IAESTE UMed Łódź.

Although I had some little communication difficulties with polish IAESTE I strongly recommend to join the IAESTE Exchange program and I'd like to say thank you to IAESTE Czech Republic exchange team for their high standards.

http://www.imp.lodz.pl/home_en/ - very useful link for public transport and orientation in the city
https://www.tripadvisor.cz/ - for trip planning
https://www.pyszne.pl/ - for food delivery 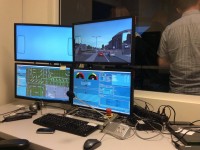 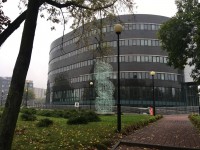 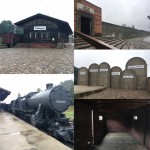 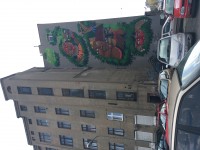 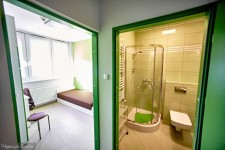 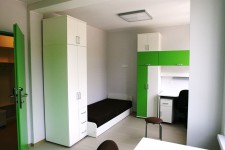