Quito is the capital city of Ecuador and with 2.6 million inhabitants is the second most populous city in Ecuador after Guayaquil. It is a really big city which is located in the valley and surrounded by mountains. The altitude is around 2850 meters above sea level and it is the second highest capital city in the world after La Paz.

All around the Quito there are mountains so you can hike every day, close to Quito is Equator statue, Quito has beautiful historical center so there are really many options. And mainly, Quito is really good starting point for travelling to other interesting places. I really liked water-filled caldera Quilotoa, volcano Cotopaxi, all trips to Amazon rainforest and island Isla de la Plata. I visited football match in Guayaquil between Barcelona SC and Guayaquil city and the atmosphere was really breathtaking. Ecuador is really beautiful country and I recommend you to travel as much as you can.

The name of the company is Naranjo Vela. It is quite small company which does building services systems.

I was working as a site manager on project in Cumbaya which is quite rich part of Quito. They built one big office building and one apartment building.There was the main site manager and I was helping him and we were responsible for the design, installation, operation and monitoring of the mechanical and public health systems.

My salary was 380 USD per month. After paying housing I had around 220 USD so if you want to enjoy your summer, trust me, it is not enough. If you want to travel and see all those nice places in Ecuador, bring extra money. Ecuador is not that cheap as I supposed. Some kind of food is even more expensive than in Czech, especially supermarkets /there are few of them/ are quite expensive.

Nobody could speak English at work except the site manager so I talk almost every time just to him.

I lived in really nice apartment with two Ecuadorian brothers. I worked with one of them so he brought me every day to work. That was really comfortable for me because the public transport is little bit crowded and disorganized. I had a single room and I payed 160 USD.

One of the brothers picked me up at the airport after arriving.

There are two girls from IAESTE - Johana and Estefy. They are really nice and friendly and helped us with everything. They also organised some trips or meetings for us which we enjoyed a lot.

Despite living on other place than everybody else (almost everybody stayed at hostel) I met them really often. We took a trip together every weekend so I stayed in touch with all other students. We had a really nice group of people from all over the world and spent a lot of funny time together. And of course, we went out sometimes and sampled Ecuadorian beer.

There is really nice and big park called Carolina Park. It was about 15 minutes away by walking from my apartment. We played football there but you can do many other activities there. Just near my apartment was other big park and I have been running there many times, the only problem is the altitude, It took some time to get used to it so at the beginning I felt like old man who need two more lungs.
But altogether I have to say there are a lot of places where you can do sport.

There are also many museums, you can go to the cinema, visit historical center where is many old streets full of nice houses or Basílica del Voto Nacional. We saw big light festival in the center of Quito.

Meat and rice, that is common Ecuadorian lunch. Sometime you can get it also with avocado, lens or beans. I usually ate in restaurant close to my work and I spend around 3-5 USD for lunch. What I am really missing in Europe is all that kind of fruit. I tried many kinds of fruit I have never seen before. Most of them are so tasty and quite cheap as well. You can get 100% juice from any kind of fruit for little money. My favourite meal was any fish or seafood.

I had local SIM card (15 USD per month) and the internet connection was good almost everywhere. I communicated with my family and friends via Viber, Facebook etc...

Don´t think why not to go, just go!
Be careful on the street, in the public transport, there are many pickpockets ( I was robbed on the street and many other students had the same experience during our internship )
In the night use taxi


What not to forget with you

I haven´t got any problems during my internship. Johana and Estefy communicated with us without problems and everything was organised perfectly.

I have only positive experience with IAESTE Czech Republic and IAESTE Ecuador. No problems at all.

If you have any questions you can text me on facebook. 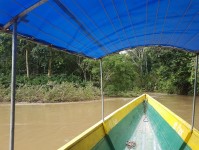 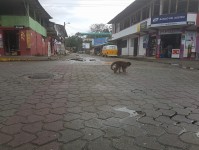 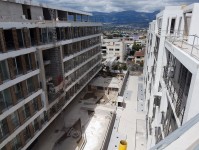 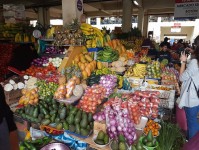 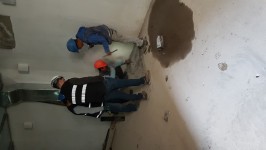 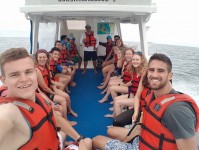 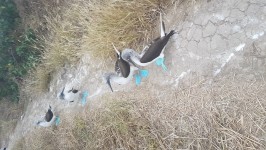 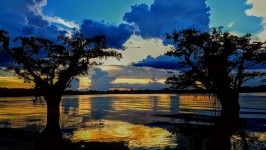 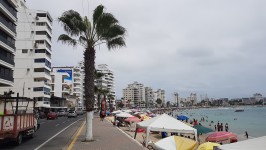 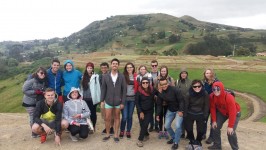