Athens is the capital city of Greece located on the Attika peninsula near the Saronic Gulf.

Athens - it's a capital city of Greece, and the whole agglomeration of Athens and surroundings has more than 4 million inhabitants. It's very lively city with a lot of archaeological sites, museums, cafés and bars. The city is located by the sea, and there is a big port (Piraeus) - one of the largest ports in Europe. You can also find beaches in Athens (Voula Beach), but it's better to go outside of the city if you want to enjoy nice beaches.
I recommend following these tips to explore the city: https://theculturetrip.com/europe/greece/athens/

Athens is a port city so you can go for trips to the islands, but you need to book a ticket soon especially if you want to go to famous islands like Mykonos or Santorini (the ferry tickets are expensive, and it's hard to find accommodation during the summer). But you can also go to one-day trip to nearby islands like Aegina (http://www.aeginagreece.com/aegina-island/), where you can visit the temple of Afea, or Poros with a picturesque town with a beautiful clocktower. Also, the beaches on the islands are much nicer than the ones near Athens.
Fo ferries look here: travel.viva.gr/en/ferries (cheap ferries accept student discounts, but the most expensive ones don't)
You can also go for trip to Sunio, visit the archaeological site and go to the beach.
It's also possible to make trips to the cities on Peloponnese like Nafplio (23EUR round-trip bus ticket). It's a beautiful town with a fortress build above the city.
For buses, check here: http://www.ktelargolida.gr/?module=default&pages_id=9⟨=en

I worked at Laboratory of Dairy Research, and I help with isolation of DNA from different bacteria and yeast and also with determination of antibacterial activity of some lactic acid bacteria.
We could leave work when we were finished with the experiment for that day, and we could ask for days off if we wanted.

I was receiving 100EUR per week. I received the first salary right at the beginning and the rest one week before the end. It was sufficient for basic expenses, but if you want to go out during the evening or go for some trips, you need some extra money.
Also, be prepared that first few week days you will have to sort out a lot of paperwork for you to be able to receive the salary.

I would say English B2 is enough as long as you know the terms used during laboratory work.

The accommodation was arranged by IAESTE. I lived in an apartment 15 min from the university near metro station Metaxoriou. It was a safe area, and I didn't feel afraid walking back home at night.
The flat had three rooms, kitchen and bathroom and it had all equipment - washing machine, dishwasher, oven, stove, fridge... The two other rooms were used for Airbnb guests, and the landlady was coming regularly to clean the flat.
For a month I paid 250EUR, but I had to pay a deposit of one month rent. After the landlady made sure I won't cause much trouble, she deducted the last rent from the deposit and returned the rest.

I was picked up at the airport by an IAESTE member by car. He took me directly to my flat, and I settled. After that, I was introduced to other IAESTE trainee, and they showed me the city.
Most of the other trainees were picked up in the city centre and had to take the express from the airport. (Don't forget to show your student card to get half-price.)
The first few days we had to sort out a lot of paperwork so we can start the internship, but the IAESTE member helped us a lot and translated everything for us.

Because it's quite hot during the summer, the only sport I was into was swimming in the sea to cool down :) But Greece has very rich cultural, and I recommend to hangout with the locals to explore it ;)

Food includes the typical specialities - tzatziki, feta cheese, olives, souvlaki, but I would also recommend cheese pies, which you can buy in any bakery. For drinks, it's of course ouzo or matiha, but also rakija. Ouzo is drunk slowly with ice, mastiha and rakija are drank as a shot. If you're not into that, you can also try rakomelo (rakija with honey).
And if you have a sweet tooth, try kaimaki ice cream (ice cream with mastiha flavour) or loukoumades (little donut balls traditionally served with honey and walnuts).

Just explore! The city has a lot to offer, just ask the IAESTE members or any Greeks for some tips. I mentioned most of the tips in the sections above, but you can also find a lot here: https://theculturetrip.com/europe/greece/athens/
Also, learn the greek alphabet! A lot of words have the origin in Greek so you can guess the meaning a lot of times once you're able to read it.

- ISIC card (free entrance to archaeological sites for all EU students, half price for certain means of transport)
- passport photo (you will need it for the public transport card)
- passport (I had to show it several times)
- copy of a boarding card (they need it at the uni)
- copies of your passport (it will make your first days sorting out the paperwork easier)
- hat, sunglasses, sunscreen ;)

I learned new laboratory techniques which I haven't had the chance to try during my studies. I also learned a lot about the culture, and I learned some basics in the Greek language.

There were no problems. Everything was running smoothly. Excellent job!

If you have any questions, contact me at [email protected] ;) 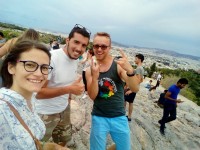 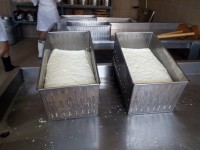 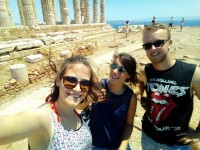 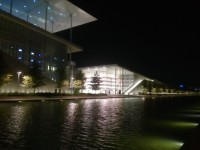 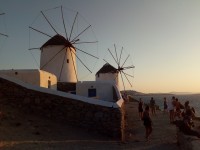 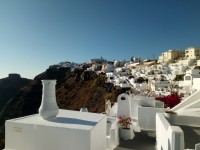 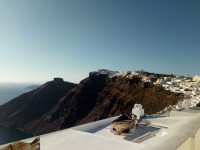 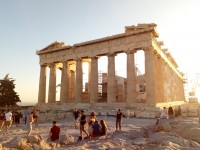 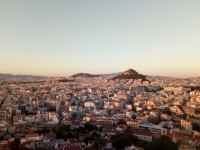 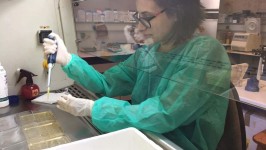