Budapest, the capital city of Hungary, easily accessible from Czech.

Budapest is a beautiful big city, bigger than Prague. There is still something to do, it is full of events especially during the summer. There are also a lot of places to visit, I didn't even have time to see everything I wanted to.

Vysegrad, Balaton, Szentendre.... there is also a lot, but I didn't have time to visit many in one month.

I worked in Wigner Research Center for Physics, which is part of Hungarian academy of science. It is located with other research centres in KFKI campus in Buda hills. During my internship, my supervisor took me also to see nuclear reactor and laser laboratory in the campus another colleague made me a nice excursion to the mini museum of their department. The department develops electronics modules for the ESA and it its space projects, so it is very interesting. It is rather a small department and centre, but I met some interesting people and my colleagues were really nice to me.

In the first week, I was completing small robot, which is for learning to program in C at the secondary school.
In the next three weeks, I was woking on the ThermoMonitor driven by Raspberry Pi. One trainee before me worked on the very similar project so I was mostly debugging some software because of new libraries and a new type of Raspberry.

30 000 HUF/week. It might enough for accommodation and food if you just cook your own. I spent much more.

First three weeks we stayed in the dormitory with bed table, the internet, shared kitchen, toilets and showers. Everything was fine till 22nd of August when IAESTE told us we have to move at 24th and also that the price of the dormitory is higher than they told us before we moved there. Everything was, as they say, the mistake in communication in IAESTE.
Luckily for the last week, we could stay in the flat of our friend.

Apart from the Budapest Weekend, there was not any programme provided by IAESTE. Maybe few times they invited us to go for a beer or something.
One IAESTE member lived with us in the dormitory.

We were just 6 and we were living together in the dorms. We became a small group of really good friends :)

From the sports, I tried just running, which is very popular in Budapest. Great is the 5km track with "mondo tartan" surface around Margit Sziget island. A similar track is made in more places in parks around the city one of them is even made to the top of János Hegy - the highest point in Budapest.
With cultural events you can not get bored, during the summer there are a lot of concerts, festivals (the biggest one Sziget) and you can visit museums. I recommend to try at least one of the beautiful spa, try Labyrinth, try at least one of the famous and full of tourist ruin pubs and also some more local bars and pubs.

Most of the specialities are known in Czech, about some of them I didn't even no they are Hungarian. Anyway great are the markets with fresh vegetables, sausages, salami, smoked pepper...
From others, I can recommend fish soup, pálinka, and Turo rudi :-)

Try to enjoy it as much as you can. Go to spas, festivals, explore interesting parts of Budapest. Don't buy much beer, in most cases, it is really awful on the other hand wine is good and cheap. Make some trips around
Public transport is good and you can buy student ticket at the vending machine everywhere

Czech pálenka, they have their own but usually not the home-made one.
There is no dish at the dorms
Swimsuit.

I learned basics of Python and gain experience working with Linux.
I explored Budapest, met a lot of new people, made new friends
I have some great memories from one month abroad

This was bad. IAESTE Budapest is not good. Apart from problems with accommodation mentioned above I also had a problem to contact anyone upon my arrival. And I knew that I am accepted about 10 days before the start of the internship. They were sorry about everything and said that mistake was in communication in IAESTE.

Despite the fact that we had problems and from the financial side, it wasn't the cheapest experience to me. I would internship in Budapest recommend. It was amazing one really short month. I would like to go somewhere else for a longer time with IAESTE, it is a great organisation. 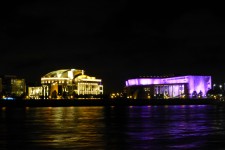 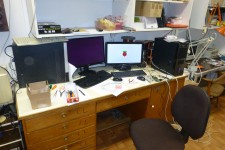 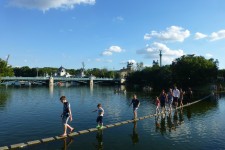 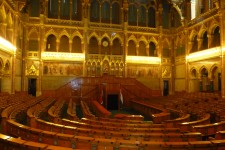 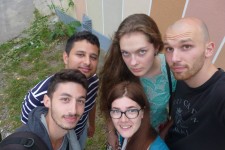 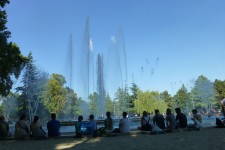 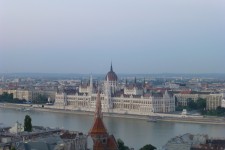 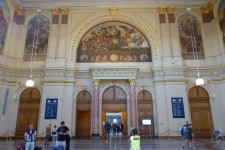