We lived in university hostel next to the university where I went to work. The area was situated in the northern part of the city, relatively close to north beaches (ca. 7 kms). There were various street food restaurants next to the hostel and supermarket was ca 1,5 km distant.

Dar Es Salaam with its population of 4 million is the biggest city in the country and one of the fastest growing in the whole Africa. It is the coastal city. It´s typical African metropolis with almost no public gardens and lot of dust and pollutions made by old cars and continual traffic jams. A new system of bus public transport was opened few weeks before my arrival, so it helped a lot. We went to the cinema, city market and attended two concerts in Goethe Institut. We spent a lot of time on city beaches.

Two islands Bongoyo and Mbudya known for nice sandy beaches are located straight in the city and are favourite destinations for tourists. We visited Bongoyo island for one day. The historical city Bagamoyo was one of the biggest slavery market in East Africa during the colonial era and is situated ca. 60 kms north to Dar Es Salaam. We visited the slavery market, port and ancient mosque, registered in UNESCO list there. The national reservation Udzungwa with nice big waterfalls is situated 250 kms south- west to Dar Es Salaam. We also visited Zanzibar island with historical stone town, spicy farms and dolphin tour. We visited Lushoto forests and especially national parks with wildlife animals Ngorongoro, Serengeti National Park, lake Natron, Tarangire National Park and Lake Manyara National Park in the northern part of the country.

My employer was department of Assistive Special Technology Unit at the Open University of Tanzania. Open University is one of the Dar´s universities which are concerning in distant learning and also in learning of visually impaired students.

I worked on websites for visually impaired students. The aim was to create websites which will be easy to orient and will implement the web based screen reader. Other requirement was to enable students the access to learning documents on the websites and allow them to screen read the documents straight in the browser.

I was paid ca. 4300 CZK per month. Although the food and transportation in Dar Es Salaam is maybe 50- 70% of price in Czech Republic, the salary (after paying accommodation) was sufficient maybe for 10 days of living. Other days and all trips were paid by myself.

The IAESTE Tanzania provided the accommodation, which was situated next to the University. We were two at the room. Every room had own bathroom and toilet. The cost was ca. 1600 CZK per month. It was quite fair price. Also laundering service was possible. There was no kitchen in the hostel.

The organisation of IAESTE Tanzania was really good. IAESTE member Angel waited for me at the airport. Otherwise the members Angel and Erasmus organised for us various trips across the country and help us with orientation a lot.

We were five at the internship. One other guy was from Austria and three girls from Scotland, Germany and Thailand. We made all activities together and made a nice friendship during two months.

We went sometimes to the gym, located near the city centre. University also provided lessons of football and aerobics, which I did not attend. We were also two times in cinema and attend few events in Goethe Institute. Generally, there is not so much possibilities what to do in Dar Es Salaam and the best thing you can do is to travel somewhere in the country every weekend.

Because of absence of the kitchen in the hostel, we had to eat outside in restaurants all the time. There is a great choice of street restaurants next to the hostel even though they are providing the similar food. The most common is rice with beef and vegetable or grilled chicken/ beef / fish served with chips (price ca. 40- 70 CZK). You need to be careful and try only tested restaurants otherwise you can get food poisoning, which is quite often there. If you want to try something different, you can go to the Indian restaurants (there is big Indian minority in the country), which are quite often in the city centre (120- 150 CZK per dinner) or you can find more expensive restaurants, designated for tourist and businessmen. There you can find various kitchen from Italian, Mediterranean to Japanese, but the price is higher (140- 350 CZK per dinner) and the quality is not always guaranteed.

We had an internet connection at the university and also sim cards with LTE internet.

Vaccination and few special medicine for example for malaria is needed. Take 250 USD for employment permission. Consider packing of outdoor clothes and shoes for various trips across the country. Also consider visiting the northern national parks during your stay which are really unique and you can see wildlife like lions, elephants, giraffes or leopards in action.

Vaccination pass, medicine against malaria, diarrhoea and others.

The internship was very beneficial. I worked on the real project on my own and learned new things from web development. Also contact with workers from different culture was something new for me. Two months are quite long time to discover the ways of living in the African country. We made a lot of friends and also visited their houses and saw the way they are living.

Cooperation with local branch was on a very good level. Members of IAESTE Tanzania prepared for us trips and helped us 'survive'.

My experience with admission process and later with IAESTE Tanzania was good. Ahead of arriving I did not have enough information about internship and communication was difficult but after my arriving everything was ok. 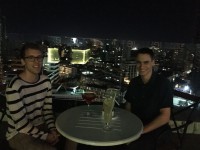 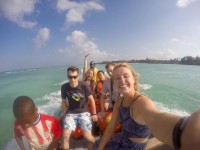 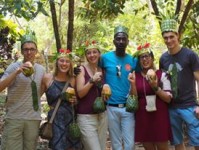 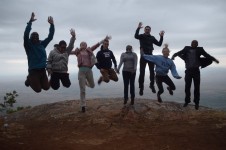 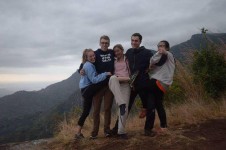 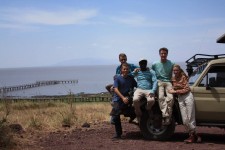 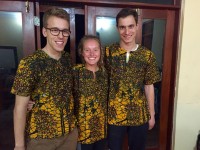 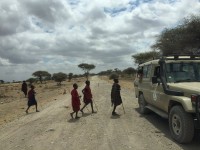 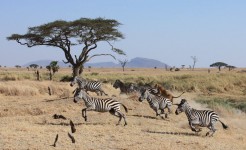 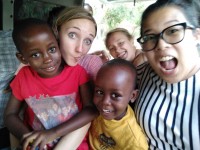 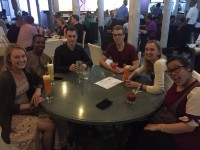