Commonwealth of Australia has six states - New South Wales, Queensland, South Australia, Victoria, Tasmania and Western Australia and two mainland territories - the Australian Capital Territory and Northern Territory. Victoria is located on South-east Australia and the capital is Melbourne. Melbourne is known for it´s quick weather changes, you can basicaly experience 4 seasons in one day.

Melbourne is a multicultural city full of great food, rooftop bars and cinemas. Melbournians say it is worlds most livable city. And I must say they are not far from the truth!!! With almost 4 million people it is a second biggest city in Australia, but you don´t have the feeling of too crowded city since there are many suburbs. Every single one is different - walking in CBD (bussiness centre) you´ll be surrounded by skyscappers, in Fitzroy you´ll experience streetart and local artistic markets, in Parkville you´ll find green parks and zoo. If you´re a sport fan, you shouldn´t miss AFL Grand Final (Australian football), Melbourne cup (horse racing) in November and Australian Open in January!

You can spend hours wondering around small Melbourne street looking for street art or good restaurants. Melbournians say, that you get most of Melbourne if you get lost in backstreets, that you never know what you find there. But you have more time during the weekend there are plenty of places to go! My favourite was Great Ocean Road, which is best to drive before summer, since it gets really crowded during school holidays. If you are a fan of camping and hiking you should deffinitely visit Grampians. For animal lovers there´s Healesville Sanctuary (Australian zoo) and Phillip Island with penguins. If you want to see something from the goldrush history, you should visit Sovereign Hill in Ballarat.

CSIRO (Commonwealth Scientific and Industrial Research Organisation) CMSE has two sites in Melbourne. One in Clayton and one in Parkville, where I worked. Parkville site is focused on proteins (protein engineering, purifications and crystalography).

I was working in a lab on one major project and halping with one another. The main project was focused on recombinant production of target protein and performing biological assays for testing it´s activity and it´s crystalization. During this project I had the opportunity to work in different research groups of Parkville site, obtaining skills in protein engineering, purifications and fermentation. I learned basic in workin with insect and mammallian cells.

$450 per week. Was sufficient for living in Melbourne and sometimes going for a drink or dinner. But not enough if you want to travel.

It is required to have excelent English, since you every day communicate with other people about work. Also required at least certificate from department of languages from school to verify the level of English. I didn't need any official certificate (IELTS or any other).

Accomodation is not provided by IAESTE Australia, so you have to take of it by yourself after you arrive to Australia. I have found my room on Flatmates, but took me one week of inspections to find something clean and suitable. I was living with 2 syngaporian girls close to CBD and really close to work (in Parkville). It cost me $240 per week with bills not included (bills are ussually around $20 - $30 per week).

I was picked up at the airport by IAESTE member and spent first week at his place. My flight was early in the morning so I needed at least some rest. In the afternoon he also took me to the CBD where I had a first walk around the city and gave me public transport card (myki card). He also took me to shopping centre where I bought sim card and made bank account.

I met most of other IEASTE exchange students on thursday dinners. There were two girls from Switzerland, one guy from Germany and one guy from Austria. I was lucky, because I worked with one Swiss girl and the german guy, so we spent most of the time together. We organized most of the trips by ourself, but spent almost every weekend somewhere on trips or picnics or anywhere else.

Melbourne is the city living with sport. As I was living in Parkville I every day met a lot of people jogging doing fitness in local parks. It's definitely worth it to have a bike, you can safe a lot of money on public transport and also Melbourne is very friendly to bike lovers, so there are hundreds of cycling trails that usually lead through parks or more quiet suburbs of the city. If you are more sport fan than active sportsman, you shouldn't miss Melbourne cup, AFL, Australian Open or cricket in MCG.
In case of culture, there are lots of festivals during the year, including Fringe festival, film festivals and White night (one night in February when all Melbournians are on streets enjoying music, videomaping, projections and instalations all around the melbourne city centre). Walking around the streets of CBD you can find street musicians and artists and every Wednesday night in Summer you can go to Queen Victoria Market, where there is tons of great food from all around the world, music to listen to. You can also buy some nice presents and souveniers from Melbourne designers.

Melbourne is known for great food! But if you are looking for typical australian dish, you won't find much. Most of the Australian food is adapted from Britain. Most typical are meat pies, sausage rolls and sausage sizzles mostly made on aussie barbecues. You can also try kangaroo meat, but it's pretty hard for good and tasty preparation. Other thing also adapted from british customs is morning and afternoon tea, but they took it more as the social event than really having strictly tea. Apart from that you can find a ot of diferent cuisines, like italian on Lygon street, asian on Little Bourke street and lots of greek as well. Melbourne is also known for great coffee (not meaning starbucks and other huge companies), usually the smaller coffee place it is the better!

There is internet access almost everywhere in Melbourne, so comunication isn't a problem at all. I used for communication mostly skype and whatsapp or social networks. There is also possibility to call to Czech republic using your australian phone, since the plans are really cheap. I paid $30 per month and had $5 for international calls (one minute cost $0,10) so it's much cheaper than using czech phone. With IAESTE Czech Republic I always emailed.

The best time to come to Australia is September, since it's the end of winter and it's getting warmer. Also lots of houses in Melbourne doesn't have central heating systems, so you won't be freezing that much. Spring is also great to make trip as it's not that hot and mostly, that crowded everywhere.

Plan most of your trips during the Spring, there is less people and you have more places to choose from. Summer time is the school holiday, so you have to plan everything in advance and also count with higher prices for accomodation. Also if you are planing to hire car, there won't be that many available around that time.

Public transport in Melbourne is in comparison to Prague transport really bad, because you usually have to travel first to the CBD to get to the place which looks really close on map. So the best way how to move around Melbourne is bike. You can buy a really cheap second had bike on gumtree or is you like a more remarkable way you can try bikeshed. It's a place where you can repair one of the old bikes they have there and then buy it for about $60.

Never forget umbrella and windjacket with you, if you are spending whole day out!!! Melbourne is a place where you can experience 4 seasons in one day and the seasons can change within 10 minutes! And also prepare yourself, that you'll experience for the first time that the rain falls horizontally!!! The combination of strong wind and rain does it!!!

You can't safe much money on accomodation. I went through 5 inspections with rent about $180 and all of them were smelly and dirty places where you won't like to spend even one day. So look for something from at least $200 and more. On the other hand, you can safe quite a lot of money by two ways: first - shpping on food markets (you can buy all veggies and meat for half price or less than while shopping in supermarkets), second - if you find nice flatmates, share food with them. That way, your shopping bills get to minimum per week!!!

You should definitely have enough money for the begining. Australia is very expensive in comparison to Czech republic and you get your first salary after about 3 weeks of work. At the same time most accomodations require bond from you, which is usually one month rent.

Going to this internship was just amazing! With all the bad at the begining, when it was all hard but also the good when I started to enjoy every single moment there. Working in CSIRO was definitely one of the best experience I could get, because working there doesn't mean that you just get working skills, but you also meet a lot of nice people. It works there like a big family, where everybody care for each other and mostly for us. As I worked there with two other IAESTE students we always felt that everyone is trying to help us and teach us the most he/she can. There were also weekly seminars, where we got to know other projects curently running there. I also had enough time to travel during and after my internship so I had opportunity to see for example Mount Kosciuszko, Sydney or Outer Great Barrier Reef.

Cooperation with IAESTE Australia was sometimes pretty hard. There are a couple of people who were able to organize trips for us, but most of them we rather did by ourselves. We didn't attend much meetings since we got to know about them usually 2 hours before the meeting. We usually had the feeling that everything is organized last minute, so that way not much can work out. So I would say, that it's better if you're not much dependent on the organization and plan the trips with other students, as well as dinners and other activities. On the other hand, the president of IAESTE is capable to lead the organization but would need more people with the same energy to do that with her.

IAESTE Czech Republic is great, helpfull with every step of my internship. With IAESTE Australia I was a little disappointed, so it always depends on people working there!!! But I would definitely recommend this internship to everyone who wants the learn and experience! 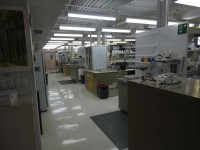 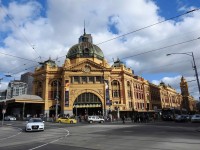 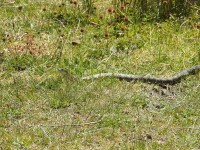 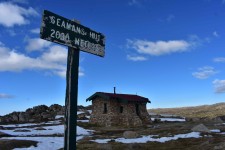 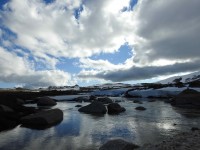 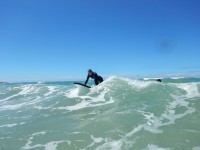 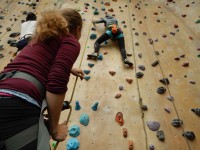 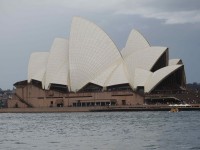 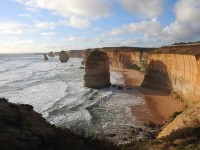 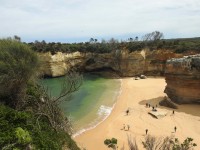