Mexico is divided into 31 states, some of them are even bigger than Czechia, and one federal district - capital city.It has various landscape such as forests, jungle, mountains, vulcanos, deserts, beaches etc. Mexico has traditional culture, rich food and warm and friendly people. I lived in Durango which is the capital of the same name state.

As I said before I lived in Durango. The city is definitely smaller than Prague. It´s located on the north of Mexico around 1800 metres above sea level but it wasn´t cold during my stay but opposite. It was rainy season so almost every evening was raining a little bit for one or two hours. It´s famous for its village and surroundings where many Hollywood western movies were shooted. I have heard that six years ago more or less it was quite dangerous place but nowadays it´s really calm and you can walk at night on the street (just be smart and don´t play on your cell phone).

There are Villas del Oeste which is the famous western village with performance of cowboys and indians. There is Sierra which is the place similar to Czech Paradise. You can´t miss a trip to Saltito waterfall. The nearest beach is 4 hours far on the west in the city Mazatlán.

I used to work for a company called BioPappel which is the biggest producer of paper in Mexico. In Durango there is a factory for producing kraft paper and there is the biggest machine in whole Latin America.

I rotated through all the production departments in the factory - reception of fibers, cleaning and rafination of pulp, paper machine and the most of time I spent in laboratories of quality control. I examined there paper samples for weight, tension, bursting power, porosity, absorption of water and many others tests required by customers or factory itself.

The currency in Mexico is peso. The rate was 1 $ = 1,25 CZK so it was really friendly while the prices in Mexico are a bit lower than in Czechia. I used to get monthly salary 8000 mexican pesos, which is very good salary for a trainee there. It´s sufficient for local conditions because I paid every month 3800 $ for accommodation where food was included from monday to saturday and the rest was really good money for my leisure time (well I needed to pay this insurance for 250 USD and flight tickets before but it´s good anyway).

There were some people who could speak English good but as I was placed into the production part and laboratories it was far better that I could speak with them in Spanish. And I appreciated that way because it was one of my aims to develop the skills in spanish. There was also one friend from Poland as a trainee who didn´t have previous knowledge of spanish and she also made it. They told me that I would get more out of this experience if I know Spanish.

I wrote the price above. It was a house where other trainees and also Mexicans used to live. Maybe you could find cheaper accommodation but without food. Everyone there had his own room with bed, wardrobe and wi-fi. Bathrooms were in common but girls had their own. The landlady of the house is nice old lady who likes students from abroad and money and she doesn´t speak English so knowledge of Spanish is very usefull. There is everything near to the house - main shopping mall, main bus station, bus station to workplace, gym, cinema etc.

The landlady of the house usually picks up people on the airport. In my case people from AMIPP and thus from IAESTE and thus the landlady forgot about me and I spent two nights at hostel in the city centre where I contacted them and also IAESTE of Czech republic and finally they picked me up. I met one guy from IAESTE Durango, he was really friendly and showed us some typical places in the town, parades and fair, we played football once..

In our house were living all the trainees so there were two guys from Ecuador, one girl from Poland and later came one guy from Brazil. We became good friends and were eating, going to gym and partying together :)

There was a really good gym close to our house. We played football once and there were more opportunities. About culture, it was perfect timing to come in Durango on 12th July because in a few days began local "feria" as the celebration of foundation of the city which took 3 weeks long and was amazing. On 15th September there was Independence day so another culture celebration with fireworks etc. Also a cinema in general is very cheap.

I liked a lot Chile relleno or camarones which is delicious sea fruit. From Oaxaca is my favourite dish called tlayuda. A lot of corns, beans and cola is eaten in Mexico.

It´s amazing, don´t worry and go there! Learn bit of Spanish before ;)

Don´t forget to take some little gifts to people you will meet here. I was lucky because my friend went to visit me in Mexico city after my internship so I could send some gifts from there by post.

I believe every internship is as good as how you will make it by yourself. By taking this internship my dream came true. I developed Spanish, met amazing people, got new working experience and traveled one country of Latin America :)

Well, they forgot to pick me up in the airport and the first payment was bit delayed even if they have lot of time for that, but it was ok.

I am glad for taking part in this internship. It was experience of the lifetime!

I created some videos on youtube. Just type Czech me out Mexico ;)

IAESTE will provide you the useful links 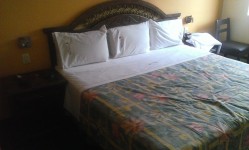 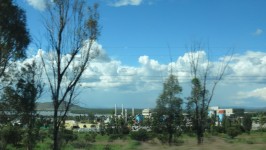 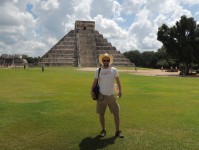 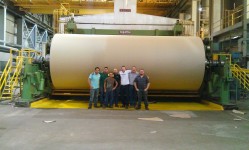 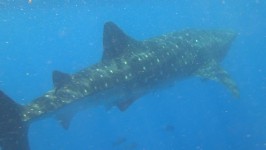