Montenegro is a small country located in the east-south of Europe surrounded by other countries such as Serbia, Albania, Croatia, Bosnia and Hercegovina. Country is still quite new, they set up independeny from Serbia in 2006.

They are speaking Montenegrian but in general it is just a dialect of Serbian. There is a lot of people who are claiming to be Serbian rather then Montenegrian,so those two countries are cooperating very often together.

Podgorica is the capital of the country. It is located half hour by train to the sea coast, one hour by bus to the mountains. The weather is the hottest of the entire country so during summer almost everyone is trying to stay there the shortest time that is necessary.

The population is approx. 200 000 people. It is the biggest city but because of this weather during day almost no one is in the street. People are going out just in the evening when the temperature is around 25 degrees of Celsius.

In the capital itself there is not many things to see or do, because it is quite new.

But because the country is quite small (like Central Bohemian Region) you are shortly either at the sea (Budva, Kotor, Bar, Ulcinij, Cetinje) to relax and swim or hiking in the impressive mountains that Montenegro has (Lovcen, Durmitor Prokletije). Close are also neighbouring countries - you can visit for the weekend Sarajevo, Mostar, Dubrovnik or go to Serbia to visit Belgrade.

What I really like is that everyone could find their favourite things - culture, museum or go to the nature to the mountains and their lakes.

Plantaže is one of the biggest companies in Montenegro. They are producing a lot of varieties of wine, brandies and selling also grapes, peaches and olives.

They have the biggest vineyard on one place in the south east Europe, where they are focusing mainly on the red wine especially their local variety Vranac. (70 % of production)

I was there working with another girl from Hong Kong so it was fun to discover all the secrets of viticulture together.

Every week that I spent there I was working at different department so I could see from the beginning how the wine is produced. I started in the R&D section where the vineyards are included so I could go there and see their enormous area. Next week I spent in the lab where I was performing different tests and analysis of grapes and wines to determine the quality and safety of products.

3rd week I spent in the old factory where the wine is aging. This part was very good because it also involved compulsory degustation of all wines :-) Last week I spent with the main technologist so she was describing us the process conditions in the main production.

What was really interesting that the last week finally the harvesting time started so we could see how the grapes are processed when they arrive from the vineyards.

I recieved 300 euros for those 4 week. It was quite sufficient because the prices in Montenegro are very similar to those in the Czech Republic, something was a little more expensive (alcohool),something was cheaper (transport, fruit and vegetables, cigarettes).

Not many people are speaking English. Definitely you should learn a few words in Serbian, but because the language is very similar to Czech, you will always almost understand everything. After you adapt a little bit it won't make you many problems. In the company they weren't talking in English except two women so I was talking there Czech/Serbian/Russian.

I stayed in the recontructed dormitory for 70 euro/month. It was provided by the local IAESTE members. The money should have been paid in advance.

The room was quite fine, we were there 3 and after only two. It had air conditioner (very very glad for that) and bathroom but the fridge and kitchen were shared with whole floor. During summer it wasn't that bad because there was almost noone but I can hardly imagine how does it look like during semester.

I was picked up at the train station and took to the dormitory by the only responsible member Luca in Podgorica. Because there were some problems with my internship that had to be sorted out I didn't get that good impression on working of the local IAESTE.

But I must admit that eventually when I had problem with anything, Luca was always there to help even that he was already working full-time.

Their biggest problem is that they are under committee of Serbia and their communication is not very good so sometimes you need to be patient.

Because Luca was the only member in Podgorica, there was only one night event where we went to the city centre to get beer but it was quite nice.

During my stay there was in total other 8 trainees, mainly from Asia. But it was fun to hanging around with them. We made few trips during weekends, sometimes we went to get diner somewhere in the city.

Because of the weather I didn't do anything during weekdays but then I traveled during weekends to better climate (mountains, sea)

The food is not very different from the czech cuisine. They just do eat dumplings and using more vegetables. The only difference is in their dezerts - it is usually very sweet.
They are brewing the beer called Niksicko (very good one) and also their wines are very tasty, they are dry and fruity, it is very good with the red meat.

The specialities are burek (pastry filled with cheese or meat) they have it everywhere and they have also very good smoked ham (Pršut).

At the dormitory there was free wifi so it was no problem to connect with my family by skype or e-mail. As for the phone calls it is not that important to buy a montenegrian sim card because everyone is using Viber there so just the data pack is quite important.

You can buy a Telenor data pack for 5EUR, that was good for very reasonable price. But the connection to wifi was almost everywhere so it wasn't that needed.

Prepare to be patient. Although it is still Europe and the country is almost the same as the Czech Republic people are totally different. But they are welcome and they want to meet you and get to know you.
Everybody there is using Viber (even taxi).

Bring some kitchenware with you.

You need to open a bank account and for that you need 2 different ID (even that you can travel in the country with just ID, bring also passport - without that you can't open account)

Take them some presents from your country they would be pleased.

Although I wasn't in my field of study I discovered very much about myself. I was showed that when you are struggling wit something eventually you will find a solution to your problems.

I could see how a company is running, I was living for more the month in a different country and I needed to care take about myself without any help. I found new friends, created a lot of memories.

Not very good but eventually we sorted everything out.

After few years I will forget the problems that I needed to passed I will remember just the good stuff so eventually it was good. 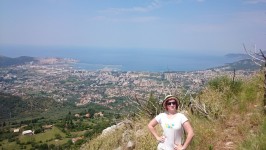 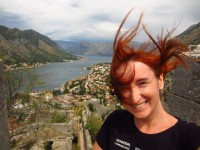 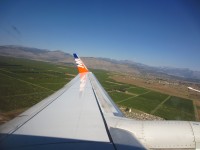 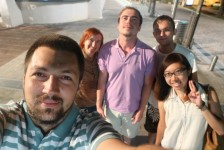 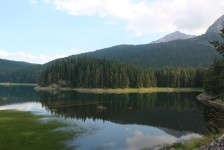 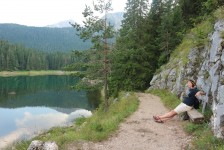 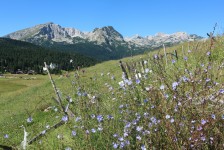 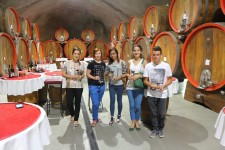 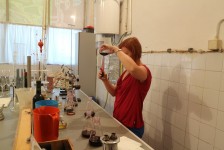 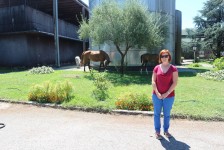 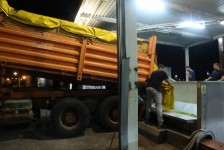