EPFL building in Neuchatel is a detached workplace of EPFL in Lausanne. The building is located a few minutes away from the city centre, easily reachable by bus.

The city of Neuchatel is located approx 45 min from Bern and Lausanne by both train and car. The city is situated along the Neuchatel lake towards the rising Jura mountains. That makes it a beautiful city with a spa-like atmosphere.

The population of the city is approx 40 000, the urban area approx 70 000. Therefore, it is quite a small city with a very little nightlife. Nevertheless, there are multiple universities there and also some high schools, so there is quite a lot of young people there.

Luckily enough, one of the main train routes connecting Zurich and Lausanne/Geneva goes through Neuchatel. Together with S-bahn to Bern, it is a good starting point for trips. Therefore, most of Switzerland is easily reachable within a few hours.

Some of the trips nearby include : Creux-du-Van, Lake Neuchatel, Bienne and Le Locle

The employer was ESPLAB EPFL. In our lab, most of us were foreigners so English was totally fine there. The employees of the lab were mostly young people - PhD students and research assistants.

My task was to develop a firmware for a PCB that performs automated tests on wireless nodes. Moreover, I wrote a sw that supervises the tests and stores the results.

The 1600CHF salary was not too much but if you can omit eating meat and don't go to restaurants often, it is totally sufficient. Except for the first month, my monthly expenses were around 1300 including lots of traveling. It just takes a while to get used to how ridiculously expensive everything is.

English was the only required language. Nevertheless, French would be also very useful (at least the basics) because the people in Neuchatel usually refuse to speak English or German.

The accommodation was arranged by the employer. The rent was 600CHF. Although in the same urban area, it was not in Neuchatel. I spent over 35 minutes on my way to work every day, which is too much for a 40000 city. I had a small private room in a flat of an old lady. She was the one setting all the rules so it was not much fun there. I tried to search for a new place but it is almost impossible in Neuchatel for a limited time period. The positive was the stunning view from our terrace over the Lake Neuchatel at the Alps including Mt. Blanc.
Some other interns also paid 400 for a room close to the city centre so the accommodation is mostly a matter of a good luck.

Since I was getting there by car, I didn't need any help when arriving/leaving.

I was meeting the IAESTE affiliates during the organised weekends everywhere around Switzerland, during the weekly meetings held in Lausanne and during other events we organised ourselves.

The same as above.

Concerning sports, as an EPFL member, I was able to join UNI Ne network of sport facilities for their low prices. That includes most of the conventional sports as well as watersports such as windsurfing. Since I was arriving at the end of summer, I didn't join any of that. I did running and cycling. After my bike got stolen, only running, haha.

Concerning culture, Switzerland has lots of fests, it is definitely worth joining at least some.

There are tons of cheese everywhere. That is a good thing if you, unlike me, like cheese. A local speciality is wine and absinth - definitely better than cheese in my opinion.

I also had a Lycamobile SIM card with a tariff for 20CHF/month that included 500 minutes of international calls and 3GB internet which is super cheap.

Join all the week-end events - Neuchatel is boring if you don't know any people there and the events are usually super cool and quite cheap.

Definitely buy Halbtax and Gleis7 - I got the money back after the first month.

Travel as much as possible.

Be prepared for travelling to Zurich or to Lausanne to meet the others.

Enough money. I got my first salary after ca 50 days there.

Spent numerous days hiking in beautiful Alps. Met lots of nice and warm people. Got to know the Swiss culture.

The people of my LC were great as well as the other members I had the chance to meet. I didn't require any help in particular but whatever I asked, they were happy to help.

It is useful to join the FB and WhatsApp groups to be in touch with others and to be up-to-date.

Great. Only a shame that there is only a few members/interns in Neuchatel. 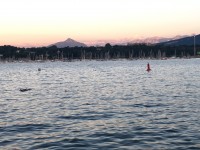 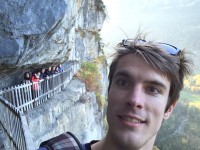 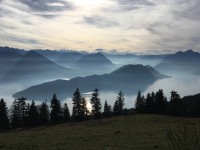 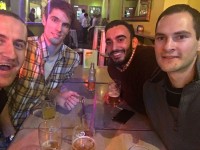 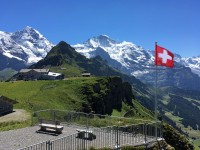 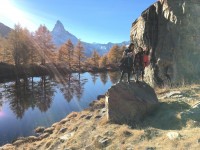 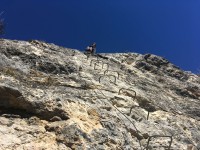