Botucatu is located in the interior of the Sao Paulo state. There two bigger cities nearby: Sao Paulo (about 3 hours by bus) or Campinas (approx. 2,5-3 hours by bus). Price for both connections is ciraca 55-70 reals.

City itself is relatively small, but cozy and safe. Botucatu is a university town, which has two campuses. The first campus Rubiao is situated a bit far away from the town itself, but there is a bus or also there are also possibility ro catch a car to the campus easily in the morning. The trip takes around 15-20 mins. Faculty of veterinary, medicine and biosciences are located in Rubiao. The second campus Lageado serves more for practical classes for veterinary students and it looks more like a farm. and a park.

In Lageado there is a possibility to go hiking, the only place you can get without a car. Around Botucatu there are about 30 waterfalls, which are worth of visiting. They all are close, about 10-20 mins from the city center, but to get there car is needed. It is not a big problem, because a lot of students have cars, so u can ask them for help. Generally, around Botucatu are more places for hiking and nature there is absolutely beautiful, but mostly you will need a car.

I have been working at UNESP, department of Genetics of animals.

Salary was sufficient to pay for the accomodation, taxes to federal police and afterwards 350 were left, which was enough for food for one-two month, depending if you were eaten at university or cooking at home. For any extra activity or travelling you will defenately need more money, taking in account, that any kind of transport is very expensive in Brazil.

At the beginning just English was required and my professor and couple of people were speaking English, but in the lab everybody were speaking only Portuguese. In anyway day-to-day situation Portuguese is requiered for sure. In my opinion, to know at least basics of Portuguese is more, than desirable.

The price of accomodation was 350 reals, which was exactly a half of my salary. It was a shared room in house, called republica. I had one roommate and all in all there were six girls living there. We had two bathrooms and a washing mashine, the iron I was borrowing from the girls, who I was living with.

I haven't been picked up at the airport and I was trying to get to the bus station from the airport myself, but without knowledge of Portuguese it was almost impossible. Nevertheless in two hours after landing one of the provided numbers answered and that girl was very helpful, ordered for me Uber and paid for that. At the bus stop I just bought a ticket myself and in Botucatu girls picked me up at the bus station by car.
In Botucatu IAESTE member, who I lived with, showed me around and helped me a lot. During my trip to Sao Paulo I was also hosted by IAESTE member and she has also organised some program for us.

In Botucatu there are many international students, mostly from Southern America, and you can find them easily via special group on Facebook. We have made couple of trips together to the shore and were hanging out together after work. There were some brasilians among us, who have also given us many useful pieces of advice and helped to arrange our free time.

There is a campus farm Lageado and more places, where you can go hiking. There is a museum of coffee as well.

Tradicional brasilian food is Fejoada, which contains rice, beans and pork, and it is served each day in the canteen. They eat a lot of sweets and sugar could be found almost everywhere, so be careful with it. The thing, I can just advice is acai or acai bowl, they are very tasty comparing to ones in Europe.

There is Internet at University, at home and the price for 3G Internet is low, so there is no problem with communication with the Czech republic at all.

Try to find other international students as soon as possible, so you can organise trips together and use your time not only to gain some experience in your field and to learn Portuguese, but also to see brasilian nature. As well, if there will be more of you, try to rent a car, it might be cheaper.

First of all, if you go in July and August, take some sweaters, warm clothes to sleep in and socks, sometimes it gets really cold and windy in Botucatu.
I would advise to take own linen and also face cream, if you use one, because it is almost impossible to find one there.
As well be prepared for higher expenses on travelling.

During the internship I have been working in lab, had a chance to work with animals and to have a look on some rare species, learn Portuguese, make friend with international and Brazilian students, to travel in Brazil, to see breathtaking views and amazing cities. There was also an on-line course of Portuguese launched.

IAESTE members in Brazil hosted me during my trip to Sao Paulo and showed me around. In my town IAESTE members helped me to exchange money and to buy chip card for the phone.

I'm very thankful to IAESTE for that possibility. IAESTE in czech republic helped me to prepare my documents and gave me whole package for visa in time and IAESTE members in Brazil were helpful in day-to-day situations.

In case, you would like to change your currency to brazilian reals you can do it in Botucatu, rua Dr. Cardoso de Almeida, 767. They have good exchange rate and it is probably the only place where you can do it.
European cards don't work in each bank. Try Itau, which doesn't take any tax, or Santander, which takes 30 reals for each transaction. 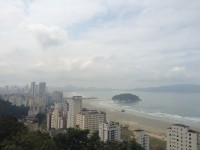 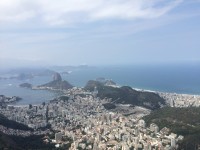 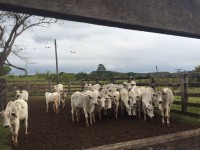 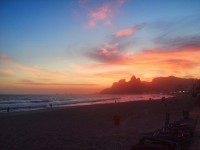 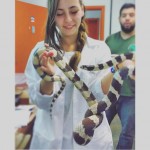 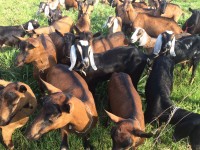 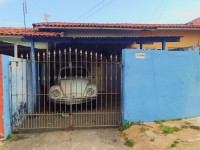 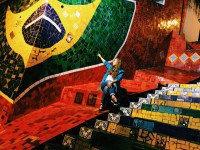