Lüneburg is a small town in the northen Germany state of Lower Saxony. It is located about 50 km southeast of another Hanseatic city, Hamburg. It is part of the Hamburg Metropolitan Region.

Lüneburg is a small town lies on the river Ilmenau. This town is very famous in Germany from old times due to salt factories and salt mines which were original source of prosperity for the town. The main square is called Am Sande and it is the biggest square in the town with a lot of caffes and ice cream shops. There are also two big water towers and thera are a lot of old nice houses. Luneburg is an university city with a lot of students. And as everyone in the northen Germany each student prefers bicycles as a transport to get to the main campus of the university, which located in 3 km from main square.

It is a very beatiful place to travel around a town by bike. Around the city a lot of small vilages and forests, also in 20 km is a river Elbe with a very beatiful seesights.
Other possibilities to travel is to catch a train and go to the Hamburg in 30 minutes from Luneburg. In Hamburg you can catch a very cheap bus and go to the different cities and countries on the north such as Berlin, Bremen, Kiel, Amsterdam and so on.

In the laboratory I have worked with a really pleasant superviser Mr. Wolf-Ulrich Palm and also with his students who work on the different theses and who helped me and my collegue from Moscow in the first days in the laboratory.
Every employer of chemistry department was pleasant to help us with different questions. And in the different discusions with them we have been able to find a right solution to our questions.

I was involved in the synthesis of special nitrogen heterocycles, in the collection, photochemical reactions and analysis of nitrogen heterocycles in artificial and environmental samples. Also I accompanied in sampaling campaings in Lower-Saxony in Germany to collect aqueous samples from rivers and water treatment plants.

That salary what I have got for that training was enough for the living in that small town.

Requirement language was English with a good level of knowledge. So there werent any problems with it in Germany,as I was living in Germany from day to day my english level highly improved.

I was living in the city center in a big flat for 4 people. My roommates were from Germany and USA. There were very friendly and we became a friends in the first days and share a flat as we knew each other for centuries. In the flat was a balcony, TV, laundry, big bathroom and big 5 living rooms and nice kitchen.
The price was 300 euros due to location. The boss of the IAESTE Luneburg Tim found that place for me.

IAESTE members met me at the Luneburg train station and helped me to find my flat. Also they helped me to caught a train from Hamburg to the Luneburg, because I arrived to the bus station (ZOB), which located in 100 m from train station so there was no problem find train station.
Luneburg IAESE members organized a lot off events for us, such as city tour, bikes tour to another city, mutual dinners and so on. We still have a group on WhatsApp to chat with everyone and ask for something.

I have met all foreing students in the first day after work in the laboratory. As I wrote in the previous paragraph I chat with them at the Whatsapp and we organised some meeting in the city in some caffes and we also had a trip to the Hamburg.
Oftenly we had a mutual lunces in the mensa at the main campus.

At the main campus 2 football fields, basketball filed, workout fiel and a gym with different courese such as yoga and so on. So there are no problems with a sport in Luneburg. Also I had a bicycle to ride around a town.
At the Ilmenau river you can borrow some boats and kayaks.
At the first week at the main campus is a big music festival called Lunatic. At the main square were around 4 different festivals during 2 months.

At the northen part of Germany a lot of vegans and vegeterians, but no worries, there are a lot off meat food. There is a typical german food such as currywurst, schnitzel and potato.

There is no problem to communicate with Czech Republic. You can use a post to send some postcards or presents.

It is very nice place so I hope you will like it.

Some personal stuff for bathroom I think. Or you can buy everything at the city.

There were not problems with IAESTE Luneburg, everybody was very friendly. 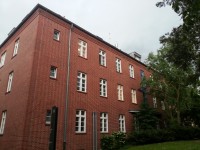 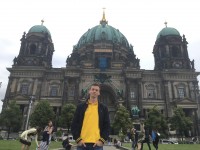 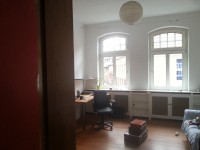 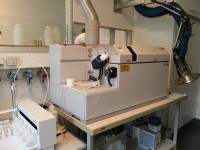 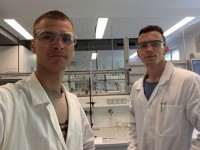 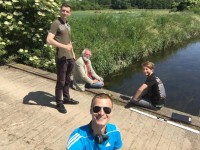 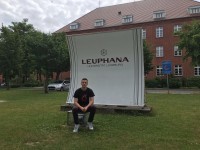 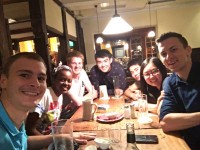