Manipal is a student's city with lots of restaurants, shops, clubs and good connection with important places in Karnataka. The univesity is private, so Manipal is more international than most of the country.

Udupi (5 km) - city with temples and beaches, Mangalore (60 km) - city near coast with shopping centres and airport, most of the famous places in Karnataka are available by night buses (Coorg, Hampi, Goa, Bangalore)

My project was production of hydrogen peroxide form water by introducing ultrasound and electrolysis to the solution. I was working with two other interns and one Indian student who was studying at the department.

Accommodation was in one of university's dormitory. It was very basic, with only bed, wardrobe, desk and chair per person in rooms for two people, three rooms in one flat, two bathrooms and entering hall. There are other dorms with higher live standards (even internationla hotel), but they have strict time, in which you have to be in your room. For us nobody controlled us so we could have parties til 3 AM.

Meeting local IAESTE wasn't lucky for me, because my taxi from airport to university didn't arrive so after 2 hours of waiting IAESTE contacted me and told me to pay my own taxi. Otherwise it was good. Local IAESTE members are nice, they helped me with everything I asked. Trips were well organized, only problem was amount of interns which prolonged breaks for refreshments.

It was the best part of internship. I have met people from all around the world, learn some new information about other countries and had a good time travelling with them to different parts of country.

There are some gyms on the dorms, basketball, tennis courts, football fields. The biggest centre is Marena with running track, courts, gym, etc. But mothly fee for Marena is 1500 Rs. There is also a swimming pool near university for 200 Rs per 6 months.

Most important aspect of Indian food are spices. Nearly every food is spicy so one of the most heard sentence of interns in restaurants is "Make it non-spicy". The Indian food is quite good. Majority of people are vegetarians so menus are divided between veg and non-veg, but only meat you can get is chicken and sometimes mutton. As a suplement for lots of food they have breads (chapati, roti, naan). In Manipal you can get some european and chinese food, there are also restaurants like KFC, Pizza Hut, Domino's pizza.

In dorms and at the university was WiFi network so at the right places you can call home via Skype. At the begging IAESTE provided a simcard, one SMS to Czech Republic costs 5 Rs.

Most importantly - relax, there are a lot of things very different from Europe (people, driving style, life standards), but you will get used to it. Read some travel articles about India and don't bring anything valuable (cloths, electronic,...). The humidity during rain season is ideal for molds, so anything can be damaged by it (cloths, laptops, even money).

Mobile phone, passport and money are the most important things. Also bring some medicines for stomach problems and even cold (lots of interns cought cold at the beginning), umbrella or raincoat is very useful, but you can buy them there.

I have met a lot of interesting people from different countries and spend good time travelling with them. I have seen different style of life and work, wonderful nature and historic places, took my first flight and spent 8 weeks without my family.

Every day I have met someone from IAESTE, they were kind, helpful, organised meetings in restaurants nearly every day.

As mentioned above they were really good. 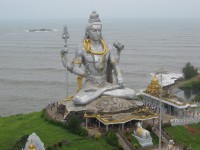 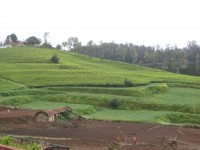 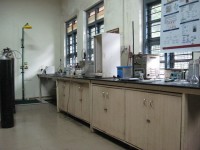 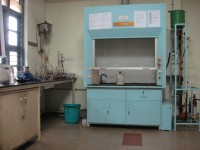 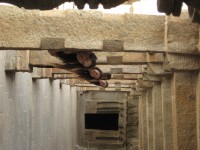 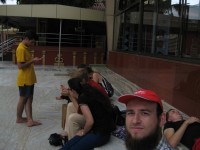 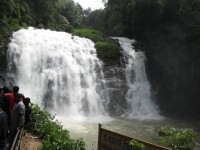