My internship was in Loja, which is the last larger town on the south of Ecuador, before the border with Peru. I had a flight to Quito, where I stayed for few days to travel around the area and then I took a night bus to Loja. There is also a local airport 30km from Loja but buses probably work out cheaper.

Loja is a medium size town, less busy than Quito and also much safer. To get around, there are public buses (30cents one ride), taxis (1,2-2$) or you can cycle. The weather in Loja changes quickly due to its proximity to mountains. Temperatures are about 20C all year around, with july and august being slightly more cold and rainy.

I worked in a company called Austroriego that does various projects concerning water engineering such as irrigation systems in agriculture. Company consits of apromaximately 15 employees.

Apart from the management (three people), no one spoke english, however everyone acted very friendly. From time to time, I helped with drawings in Autocad, but most of the time, I had nothing to do and was using the time to learn spanish or plan my travels. Overall I got an impression that they dont expect me to do much. This could have been partly because this internship was created by one of the sons from my hostfamily to support his application for an IAESTE internship in Switzerland. His uncle has offered a placement in his company Austroriego as a favor, even though he didn´t need any specific help in his company.

My salary was 350$. I stayed with a host family, who also provided me with food. Therefore I could use all my salary for traveling and my personal expenses.

English was required but apart from the management, no one spoke english. I´ve learnt some basic spanish when I arrived which helped me whilst traveling around the country.

I stayed with a host family, Diego and Lili. Lili was my boss´s sister. I had a private bedroom with bathroom. Staying with the family helped me to adjust better in a new country and culture. They all spoke english fairly well, however majority of the conversation within the family was happening in spanish.

Pretty much the only contact I had with IAESTE was when they picked me up from the airport.
The pick up costs 30 dollars, which I felt was a bit rip off as the taxi wouldn´t charge you more than that and public bus doesn´t cost more than 1 dollar. When I arrived to Quito I was pretty much left on my own as the main IAESTE representative was on holiday and the second one only contacted me on fb but I have never met her in person. Overall IAESTE Ecuador didn´t make the best impression on me-not very realiable nor helpful.
After leaving Quito, there wasn´t any social programme organised by IAESTE in my town as there isn´t IAESTE centre in Loja.

We´ve organised to meet up once for a weekend in Banos with other students from Quito. Apart from that, I had no contact with them.

Loja is a city of music and every Lojano I´ve met can play one instrument in minimum and loves to sing.
There aren´t many possibilies for sport in Loja. I was cycling to work everyday, but that can be a bit dangerous sometimes. Otherwise during the weekends there are options for hiking in the nearby national park.

Repe-banana soup
Cecina Lojana-thin pork slice, can be accompanied with mote (local corn), yuca (similar to potatoe)
Cuy-guinea pig,Lojanos claim their cuy is the best out of all:)
Horchata-drink made from various flowers
Ceviche-speciality of the coast, seafood in lime juice-best to ask how it´s prepared and eat it only when the meat was precooked (usually ecuadorian ceviche is precooked, peruvian raw). I got sick twice when I ate it raw, even though the restaurant was recommended by my boss as the best one for ceviche.

I´d recommend to learn some basic spanish in advance and maybe pay for a language school in Loja. Make sure you can occupy yourself most of the time-at work I had lots of free time and during the weekends, I was traveling mainly on my own as there wasn´t anyone else like me placed outside of Quito. I found it quite hard to find friends to travel with, therefore language school would probably be a good idea for that.

Warm, waterproof clothes
Suncream, hat
Digestion pills-my family provided me with probiotics that I didnt bring from home and which helped me a lot when I got food poisoned
Spanish textbook/dictionnary
Visa if you´re flight has a layover in the USA

My experience with them was very brief in the beginning when I arrived to Quito. In Loja, there isn´t anyone from IAESTE. My hostfamily has helped me with minor problems.

positive with czech one, so so with ecuadorian

you can message me on fb if you have any questions 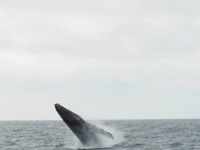 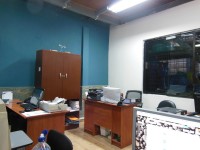 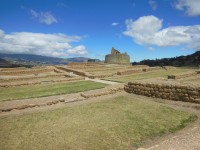 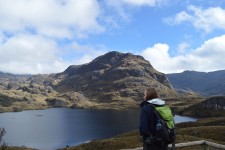