Lodz used to be an industrial city, you can see a lot of buildings in idustrial style. It is not a touristy city, the centern contains one long street Piotrkowska, and few churches around the city. There are two big shopping centers, the most popular one is Manufaktura which used to be an factory.

Lodz itself does not containg a lot of sightseeing, you can see all interesting thing in one or two days. If you seek historical towns/cities, whithin two hours by bus or train, you can visit Poznan, Torun, Warsaw, Wroclaw or Krakow. One of summer reception trips was also to Gdansk, which i highly suggest to visit.

I was working in institution of immunology, University of Lodz. I had one main supervisior who arranged everything, but every week i was woking whit diferrent teachers/ PhD students.

Every week I had a different task. Three weeks I was doing microbiology, then I was working with cells or DNA. I would suggest such a traineeship for students in secon or third year of bachelor, for me as a master student, half of those thing weren't new for me.

Salary was 800 Zl, which was enogh to live in Lodz, but if you want to travel, you shoulld expect to give more money for it.

Traineeship was in english so with everyone i could fluently speak withouth any big problems.

Since this year the dormitory was full, we, as a trainees of Uni of Lodz (there were also two more LC - Polytechnika and Medical Uni) lived in Hostel Molo, situated 15 minutes by public transport from university. The university gave our LC some money to pay our accomodation, so at the end all of us who stayed for 6 week payed around 120 Zl. But it is not a common situation, usually students live in dormitories, they cost around 300 zl.

To Lodz I went by car, so I arrived exactly to the hostel. There was IAESTE member waiting for me. He also showed me a little bit of the city and our university. Lc itself did not organise a lot, except one international evening. Other events were organised by other LCs of Lodz

All of us lived almost in one corridor of the hostel, we became really close friends. As long as meeting students from other LCs, we had to arrange it by ourselves.

I never seeked sport in Lodz, for culture - we went for beers on Piotrkowska or went shopping, one weekend there was Colour festival, IAESTE Polytechnica were doing lot of barbecues. In Lodz there are lot of museums so if you are in to that, visit them.

During the week, we ate in canteen of the uni, eating in reastaurant was not for every day, food was around 20 Zl and more, so with our income it was expensive for us; basicly lot of thing was simmilar to what you cand find in the Czech Republic. Because Lodz used to have jewish ghetto, you can find one really good restaurant with jewish food.

In the hostel there was wifi, but the signal was not mind blowing, those people who had notebook (I had only tablet) could use cabel internet which was really fast.

Don't expect beautiful historical city, but if you are internally a hipster, you will love it there.

Chceck with local IAESTE wheather you should bring your kitchen equipment or not. If you have your ISIC card, bring it but if not, just take you pasport picture, ISIC cards are cheaper in Poland (24 Zl - around 150 Kč) and they can make it immedietly. With this card you have 50% discount on public transport.

Since I was already skilled studend, for me lot of things weren't new, but I have references from my supervisior and useful contact there. I also made a lot of friends all over the world, so future travelling will be easier :)

Local IAESTE comunacated well, but concerning serious stuffs (accomodation, sallary) there were a few problems, but everything was solved before my departude home.

IAESTE traineeship is really the one thing you should really do during your studies, don't hesitate to do it! 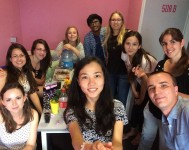 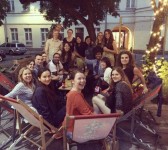 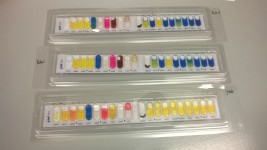 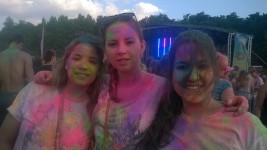 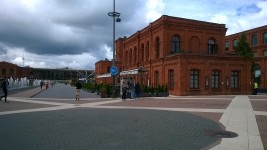