Karunya University is a city itself. It's quite small but has everything you might need. It has one "longer street" where you can find simply everything - shops with various products, restaurants, bakery, hairdresser's...Karunya has also its own small hospital.
Right next to the Guest House, where I was supposed to live, you can find sports hall, volleyball courts, basketball court, football field and many other things for sport lovers.

Most visited place would be probably Coimbatore city, which is located hour from KU. You can get there by bus (23,- rps) or by tok tok (450-600,- rps). You can see townhall or a temple there. Coimbatore has also a shopping mall with a normal cinema or XD cinema.
Nice trips could be made also to Sirruvani watterfalls or Isha Yoga Center. Plus - you can cool down and relax there.

Karunya University, Chemistry Department under the guidance of Dr. B. Jebasingh

I was working in a research lab with PhD students on my own project. My project was Development of synthetic intermediates, which was based on a whole day "cooking". I was quite scared about my lab skills, but everyone was really kind and helping me as much as possible. I learned a lot of things and finally became more confident in a lab.

My salary was 8000,-, but I actually never got 8000,-. Accomodation cost 5000,- rps and Indians are working even on Saturday , and because we had a trip almost every weekend, we got less than 3000,- rps (they didn't push us to work even on Saturday).
We had an option to pay 4000,- rps/month for breakfast, lunch and dinner, but if you'll cook something on your own, go for a lunch, sometimes for a dinner, to some restaurant it's cheaper and even more tasty =)

Their requirement was excellent english, but you can go there even with lower english level. English of almost every Indian is quite good, you can have problem just with their specific accent.

Accommodation was provided by the uni and cost 5000,- rps/month, but was worth it. There were 2 students sharing 1 room with TV, A/C, bathroom and a small fridge. Everything was clean, just cocroaches visited us sometimes...:D

IAESTE Karunya University was taking care about us as much as possible. They picked me at the train station, provided all the forms and other stuffs you have to do at the beginning. They also helped us with our first shopping, first trips... they've made everything possible =)
There was one big event - International evening, where we performed our Bollywood dance we had learned before.

All interns were living in the same corridor - just imagine that! :D

As I've already written above, there were quite a lot of things to do if you like sport - I don't, but it forced even me to do something!

Food is quite spicy, but on the other hand - desserts were quite sweet. If you like typical czech "turkish" coffee, just don't go there. They pour tea right into the milk (= without any water) with a lot of sugar and they do the same with coffee, but sometimes, they can make an exeption for you ;)
Indians don't eat meat so much and if you order it - ask for boneless one. Definitely try their typical biryani and eat it like them - with hands!
Just don't forget: the lame tongue gets nothing =)

Internet was everywhere - except our room :D But if you don't catch Wi-fi you can always buy some datas for yor mobile phone.
As soon as possible buy indian sim card - it's always cheaper to call from indian sim card to CZ.

Prepare yourself that India is not so benevolent, but as an international student you will have a lot of exceptions, anyway, they have some rules and some of them are moreless stricked. Girls also shouldn't show their shoulders and nothing above knees.

Just amazing. They've made so much for us - just show them your eyes and they would do whatever would they see in them!

Even before my internship could even start, I already had a problem and both - czech and indian IAESTE helped me to solve my visa problems. Thank you ;) 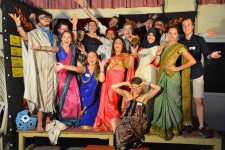 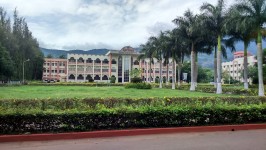 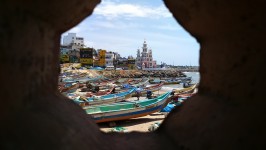 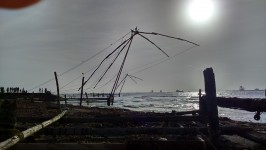