My internship took place in Karaj, which is a city one hour from the capital, Teheran. I stayed in Teheran and the taxi to work was organized and payed by employer. These cities are in north part of Iran, but without of influence of the sea. Weather is really hot and dry. Every day 37°C makes people tired and live outside of A/C buildings starts at 6 p.m. So U don't have much time in the evenings and in a morning U have to wake up early to work.

Teheran is a really hot and dry city. It is a capital, so it's huge, crowded and with never-ending traffic jams. Even though it is a capital don't expect big shiny buildings and a lot of tourists. It is different and without any city center. In downtown, where I stayed, are many shops, parks. Must-visits are "Roof of Teheran", "Nature Bridge", bazaars and "Milad tower".

In a city are many museums and galleries, gardens. However it is nice to talk to locals, they know better. City has nice mountains in the north which are able to hike.

In the north of Teheran are beautiful mountains, neareby is historical cities as Kashan. 4 hours far is green and really popullar "Norht of Iran", which is near the sea.

On the other hand, transportation in Iran is relatively cheap, so the only limitation is time U have.

My place was in Research center of (advanced) Materials and (renewable) Energy = MERC. People were really friendly and just at my first day of work Association for Foreign Languages was established. The Association took care about us all the time, we had meeting where we spoke English and experiencing each other cultures. In work I also find some friend for going out.

Funny thing was, that during my internship MERC has 2 weeks holiday, so except 6 week I had just 4 weeks of internship.

My work was about production of solar cells with thin layer deposition by sputtering. Work atmosphere was really friendly and supervisor explained everything and was really patient. Even though I was there just for a while I was allowed to work with expensive materials and I was asked if I wanted to make an article as an outcome (and I politely said "no". I was in Iran for other things ;)).

In the beginning employer asked me if I like the work. They were willing to change the laboratory if anything. So If you like field of MERC, don't worry that you wouldn't find place you won't enjoy.

Lunch was payed by the employer.

Iranians don't speak so well and If there is bad speaker and also listener, many misunderstandings can happen. On the other hand, if U don't speak English well, nothing happens. Iranians like internationals so much that they would help U anytime and with anything.

Also learning Farsi is quite fun :)

Accommodation was located in the downtown (Mayden Engelabi-e Eslami), which is really polluted, but close to everything. Rooms are big enough and 2 people are in one roome, even though there are 4 beds. Dorms were provided by University of Teheran and included in the internship. At dorms were table-tennis table and kitchen without dishes.

Every trainee has his own "mentor" to contact anytime. Hi pick him up with a smile at the airport and managed the exchange and SIM card with internet. Some mentors were really friendly and spend their free time with us, some were less useful. To sum up, I found great friends who showed me real Teheran including social life.

Events were happening every weekend (that means Thursday and Friday). Museum, Palace, Milad Tower, paintball... many more. Most important is trip to Isfahan and Shiraz, the most beautiful cities in Iran. Everything-included price was 500 000 tomans (yes, all your salary, but 130€ with transportation by plane)

Everyday, everytime. We had mutual dorms. Boys and girls dorms are separated, but close enough to go together anywhere we wanted.

With ID card from University is gym and swimming pool not so far away from dorms for free. There are also many parks to run. However, as I already said, the temperature is crazy high, so it is not so easy to find a time. We were playing ping-pong every day.

As already said. In Teheran there are many museums and galleries. So if U want, just ask Ur Iranian friend which U met and U have open doors.

Food is based on rise and meat. I don't even know how many Kebabs I already had (Iranian kebab is different from the turkish one). Even though, don't worry, there is always something to try. Bazaars are full of local fruit and vegetables (and things like camel milk). My favourite meals are Ab-ghust (speciality with almost ritual way of eating. It is cooked lamb meat with beans and vegetable. Firstly you eat water with bread-sangag and than you mush the solid thingsm which left. Delicious)

Iranians have many types of bread and the most sore pickles you would ever try.

Internet is wery slow, but the mobile data iare very cheap. Important thing is that facebook, youtube, etc. are banned. Don't be desperate, everybody using VPN, but it's good to know.

Really think about how much many you will take with U. There is no way to withdraw them from the ATM. You should have enough for trips organized by IAESTE which was around 200€ and living costs.

Read something about Iranian restriction of clothing and social behavior. Almost everybody know about the scarfs, but men are not allowed to wear shorts either. When it comes to social contact, a lot of people like European style of hugging, but definitely not in public. Be aware of different behavior at different places. U are in Iran under prestige university so take care.

Money in cash, U really should not forget!

Even though I learnt new techniques and measurements, there was not such a big professional profit. Most important things for me were new friends from all around the world I have now and unconditional help from strangers, which was really inspiring.

Cooperation was more than good. There were mentors who was supposed to take care of us and help us to arrange the basic stuff. However in some time they begin to be our really good friends and we spend a lot of time together.

IAESTE also arranged some trips around Iran (Shiraz-Isfahan-Persepolis, North of Iran) and small events around Tehran. In general it was good. On the other hand, they politeness sometimes brought problems, as they were afraid to say us uncomfortable stuff. 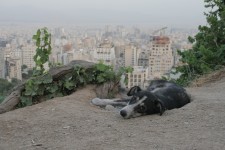 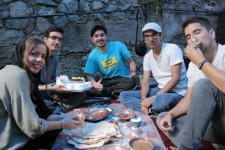 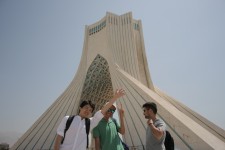 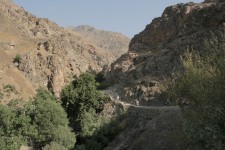 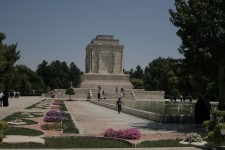 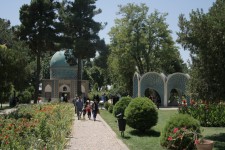 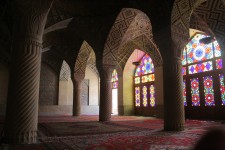 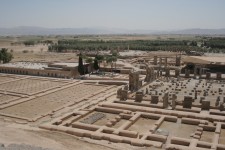 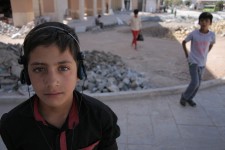 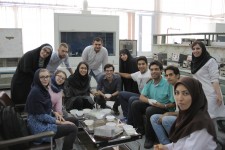 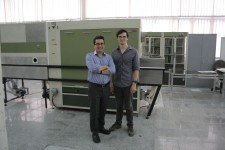