City Campinas, about one hour from the São Paulo.

The city has more than 1 million inhabitants but there is not much of a city center. Most important for local people are the shopping centers, from which one Dome Pedro is the biggest in Brazil, and one park. There is one of the best universities in South America UNICAMP and the campus is a city of its own and students usually stay there.

There is not too much around, but São Paulo is one hour away, Rio de Janeiro 7 hours away and some nice nature not so far. I've made trip to northeast.

I worked for a company Controllar which develops and manufactures its own Homa Automation system for big houses and customized for each client. The company has currently about 20 employees which do R&D, production and installation at clients houses. The company develops both hardware and software. For the owner of the company, it is like his playground as he enjoys to improve the product as well as the production process. There were some new ideas and prototypes every week. It was very interesting being able to see the complete production.

I was the only company's software developer. Before they only used external contractors. My task was to repair an old Android application which stopped working with some system update and then develop new features. For that I needed to as well develop new server which was then installed to clients houses and new API for communication with the application. It was a new experience to work completely independently and be responsible for the whole remote control solution, including architecture and everything. I still had great support from other R&D members.

Salary was R$650 without any deduction. It is very low but at least I had free accommodation in the house of the owner of the company. First two weeks I had to stay at university where I had no salary and paid rent. I was prepared to finance my stay in Brazil from own resources.

Already during my Skype interview, which was supposed to be in Portuguese, I was told English is not enough as with exception of 2 engineers the employees don't speak English. As well my boss at which house I lived. So the first month or two were complicated and the rest of the internship I spoke only Portuguese at work.

First two weeks when I was supposed to stay at university in Guarantingueta I lived in a república, which is exactly like a fraternity in USA with 15-20 students living in one house. Place there was arranged for me by IAESTE. In Campinas where I worked I was able to stay at one room in the house of the owner of the company.

I was offered being picked-up at São Paulo but I declined as I will only stay one night there. IAESTE in Brazil organizes several trips to places like Rio de Janeiro but mostly during summer before I arrived so I didn't attend. Usually local IAESTE members provide free accommodation.

In the first two weeks at the university there were several other IAESTE interns, in the same fraternity lived as well one student from Germany and one from Mexico.
And I was able to meet with two foreign students which I met during their IAESTE internship in Prague, one actually is from the same city where I did internship and other who's from Hunguary got coincidentally a work assignment in São Paulo so we went for a weekend trip.

Nearby was a gym and place to run.

Every Brazilian meal has rice and brown or black beans and breadcrumbs on top of it. More special things are cassava root which is very common and prepared in various forms from which the best is tapioca, the starch heated until forms flat bread. Other very popular thing in Brazil is açaí which they eat frozen instead of icecream. Typical dish is feijoada which is black beans cooked with lots of pork meat.

It's 2016 so there this thing called internet. But, playing it old-school, I've send some post cards as well.

I totally recommend living in república (fraternity). That's so much fun. Even though everybody in my república spoke English, the other students who visited usually did not so it is useful to learn it. In November the students of the biggest São Paulo state university UNESP organize big 3 day party in one of the cities where it has campus, InterUNESP, and that's an event the students look for the whole year to go. Rio de Janeiro is definitely worth visiting.

You can buy anything you need there so better bring some czech gifts.

They were to provide the right documents required for visa and arranged my accommodation in republica.

I have the best experience. They will not do everything, things are not always going by the plan and are not always easy. That would be boring anyway. Instead IAESTE gives great opportunities and than it is up to you. Challenging and fun. 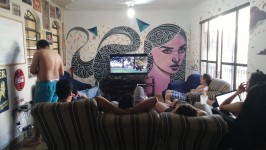 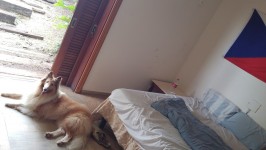 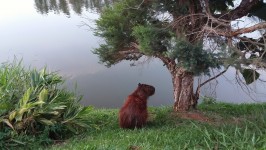 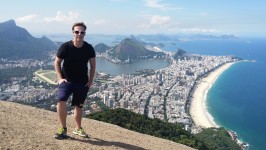 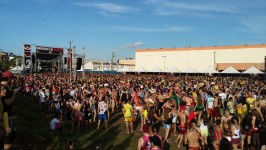 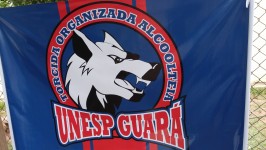 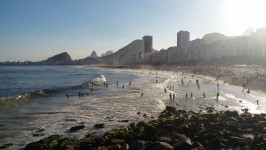 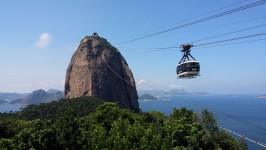 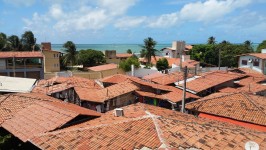 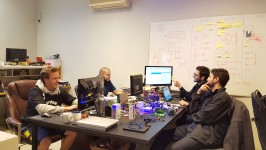