Moscow is a capital of Russia

Moscow is one of the largest cities in the world with some 14 million people. Is interwoven network of well-organized underground (in fact, I did not use to transport anything else). The trains AEROEXPRES runs from the airport every half hour. Otherwise but one has to get used to the rush of people

I did not go to the surrounding too much, I think it is not so significant but no problems if you would like go anywhere, traffic is really easy for understanding nad if you do not know how should manage it, help from people from university or IAESTE group is better than help from shop assistants in the ticket box, they are not so friendly. Definitely I can recommend a trip to St. Petersburg. I arranged a night journey (about nine hours in a sleeping train), which costed around 3300R for both ways.

I was working at the department of biomedical and pharmaceutical technologies, I had the task of validating methods for the determination of complexes, which are prepared for eye drops. My work was managed very well and I was in time till four weeks, after that it was funny because nobody knew what should I made else...

Probably we cannot speak about salary...Moscow is one of the most expensive cities in the world and noone can live there with 3000R what was my salary

I was accommodated in the district called Yugo-Zapadnaya, the dorm was pretty crazy. In the first moment a person rather startled, as everything is devastated, dirty and moldy too many times, but when you have no choice, you get used to. College arranges directly to school and pay for it directly from pulling in a salary. I stayed on two russians, I had advantage because I can speak russian but really often russians cannot speak English...

Everything was very well organized. Forward I received practical instructions as how could I get from the airport to the metro station where I was picked up a girl from IAESTE group and we then discharged all the essentials of accommodation, entry to the university and the equipment of all the things I needed (she showed me where I was able to buy everything necessary).

Dormitories were very international, so I was able to meet with many foreigners. A majority of IAESTE students were accommodated on the same dorm as me, so that noone felt completely cut off.

At the campus was a gym with fitness or you could go jogging in a nearby park. Regarding culture, I attended a very extensive galleries (Tretyakov's and Pushkin's ...) and I was at the Pushkin Museum, for those who like history, it's great, is built in the education form, so it passes through all epochs of development.

I had a lunch in the university canteen, although it was not much, but you could eat quite normal food there, I always came into 150-200R, or a convenience was store near the dorm. The center could also find a pair of cheaper fast foods with normal food (lasagna, borscht etc.)

I bought a SIM card for the 300R and I had a 2G Internet and WIFI was in every room of dorm and university too.

Knowledge of at least Cyrillic is a big advantage

I can definitely recommend the internship 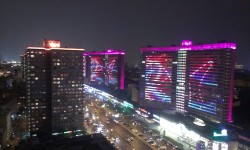 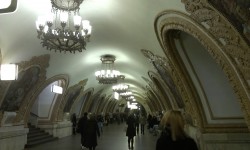 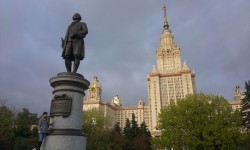 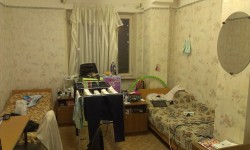 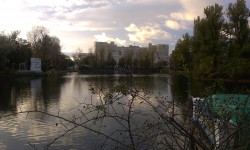 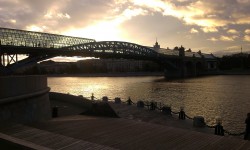 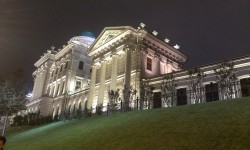 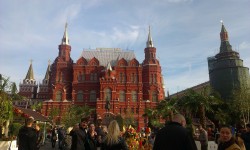 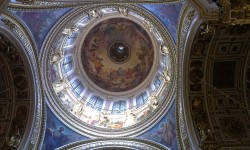 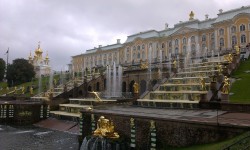