Australia consists of six states: Western Australia, South Australia, Queensland, New South Wales, Tasmania, Victoria and two mainland teritories: Northern Territory and Australian Capital Territory. I was living in Melbourne, which is the capital of state Victoria. Victoria is located in the south-east part of Australia. It has mild climate, which means there are colder winter than in other parts of Australia, but also hot summers, because of northern winds blowing from desert.

Melbourne is amazing city. It is located in Port Phillip Bay with Yarra and Maribyrnong rivers flowing throught the city. It is the most European looking city in Australia. People are talking that weather in Melbourne can change so rapidly that you can experience 4 seasons in one day. I must tell it is true. Melbourne is full of interesting places worth to visit, if you are more into art, theatres, night life or if you are foodie, sports fan, beach type everyone can find something in Melbourne. There is lot of bike paths and lines all around the city, which makes riding your bike instead of using public transport more easier.

Melbourne itself is perfect city for exploring. From more distance places: For fan of wine there is famous Yarra Valley. Halesville sanctuary for the animal lovers, Dandenong Rangers National Park, where you can go for horse riding trip, that I highly recommend you. From more distant places it could be Mornington Peninsula, Wilsons Promotory National Park, Grampians, or famous Great Ocean Road.

I was working in research laboratory on my major project and helping with two other projects. My main project was about production of truncated form of target protein and its crystalization. During my internship I had opportunity to work in different fields like molecular biology, protein production and purification. I have learnt basics of working with mammalian cells and designing of vectors.

450 AUD per week. Basic salary sufficient enough for decent living in Melbourne, when not partying and dining out every day.

It is required to have English certificate when applying for Special type working visa.

Accommodation is not provided by IAESTE Australia, every intern has to find it on their own. I have found my room on Flatmates. I was living in the house located quite close to city centre with 4 Malaysian-Chinese girls. It costed me 175 AUD per week with bills not included.

I was picked up by IAESTE member at the airport, and had additional car tour around the city the same evening, that was really amazing. The student also gave me some good advices about where to find an accommodation and I was given the card for public transport - Miki card and sim card.

Melbourne is full of international students, only some of them were there with IAESTE and most of them had arrived in September. There were 3 German girls, 1 guy from Croatia, 1 from Switzerland, couple of Dutch students, later had arrived another student from Switzerland and Poland. We were having lot of events organizing by members of IAESTE or in smaller groups.

Melbourne is cultural and sport centre. There is lot of different festivals around year, and lot of bars and restaurants where you can go for music concerts some of them are for free on sunday. If you are a sport fan, you definitely can't miss match of Australian football in MCG. The footie season ends with Grand final, that is also a public holiday in Victoria. You can enjoy cricket, or horse racing on Melbourne Cup Day and of course for tennis lovers is there the Austalian Open that usually starts in the middle of January. In spring there is Formula 1 race in Albert Park. If you like to sport more than watch sports, there is lot of gyms, pools and play grounds all over the city or you can go for jogging into some from many parks. You can also take lessons from surfing or yachting if you are more for water sports.

Most dishes that could be considered as Austalian cuisine are adopted from british cuisine. For instance meat pies, breakfast and afternoon teas with biscuits. What are the Aussies famous for is barbecue. And of course you can try to eat kangaroo meat, it´s quite cheap and diet. Melbourne is the right place for you if you are foodie. You can find lot of different cuisines here. Famous Lygon street is full of Italian restaurants and gelateries. You can find lot of Greek, African, Asian restaurants and lot of burger places that are worth to try. But Melbourne is famous mainly because coffee and rooftop bars. You can enjoy your breakfast and latte in one of the hipster cafeteries or admire the skyline of the city from rooftop bar.

Internet access was really good. I was using mainly Skype and social networks to communicate with family and friends.Most of the events organizing by IAESTE Australia members were posted on Facebook page too. I was given Australian SIM card on my arrival to Australia as well.

Try to avoid traveling to Melbourne from June till September if possible. That is the time of Australian winter, which is mild compared with European winter, but still lot of houses do not have central heating, and in general the spring and summer months are more pleasant for living and making trips around Melbourne.

Third - Brace yourself you can experience 4 seasons in one day while living in Melbourne. In fact I have experienced four seasons in 20 minutes once. The weather can change really fast and rapidly. From 35 degrees to 15 degrees, from storm with tornadoes and hailing into sunny day, not kidding.

Fourth If you wanna save money somehow, try to shop food on markets, shopping in supermarket can be twice that expensive.

Be sure you have enough money for the start, because Australia is very very very expensive country, in fact it is the most expensive country I have ever been. If you are traveling to Melbourne during australian winter bring good sleeping bag or warm jacket.Don't forget to bring Aussie slang book as well, it will save you several awkward and embarrassing moments, that you can get to just during basic conversation.

It was incredible, with all of the good and the bad things that had happened during my trip. It was really hard at the beginning but it was definitely worth it. I have met great people, lot of nice international students. I have taught lot of new stuff while working in the CSIRO, in fact it was amazing oportunity to work for CSIRO, which has a really good reputation in Australia. I had lot of time and enough money to aditional traveling around Australia after my internship and I was able to see lot of nice places like Queensland rain forests and Outer great barier reef, Blue Mountains, Sydney and New Zealand.

Cooperation with IAESTE Australia was really good. The students were organizing meetings with international students almost every week, sometimes even twice a week. There were lot of trips and tours in Melbourne and also around Victoria including trip to Mornington Peninsula, Great Ocean Road, Hallesville Sanctuary and horse riding in Dandenong Ranges National Park. 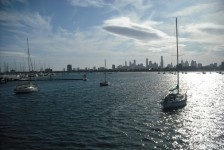 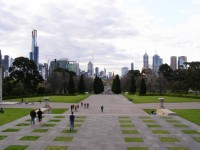 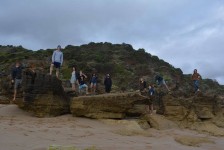 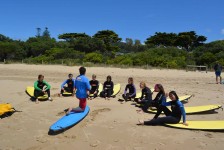 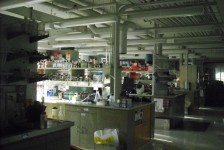