Croatia is mainly known as a country for vacation, people tend to forget there is more of the country than just seaside. Zagreb is one of cities far from the sea.

Zagreb is about 2 or 3 hours away from nearest towns at the seaside, so it's possible to go there for a day or a weekend. Plitvica lakes are also a nice trip, but it's not cheap.

My employer was a small company with only two employees. The office used to be a flat, it was a small room with desks and computers and no air-conditioning.

The salary was 4 000 kuna per month. For me, it was more than enough despite having to pay higher rent than I expected. But because I refused to waste my money on expensive food (almost every food) and drinks (prices as in the centre of Prague everywhere), I ended up saving much more money than others would.

I never had a problem with my English, usually people could understand me. Except of the Student Centre, where they give contracts to students. Only some people there can speak English and the rest of them doesn't even try.

I was supposed to live in a dorm for 660 kuna per month, but the dorms had a reconstruction and canceled my reservation. IASTE had to find alternative places for all interns. Me and two other interns were offered to stay in a flat with rent of 1500 kuna per month each. Others had to stay in a hostel. The flat was 20 minutes of walk to my work and I was told that Croatian students who were allowed to stay in dorms were paying about the same.

I was picked up by a former IAESTE member and there was one meeting with others the weekend before my internship started. But since it was summer holiday, lots of people were out of the city and there weren't many meetings until September. In September, there were multiple chances to meet each week, meetings were organised on FB group for trainees.

I stayed in a flat, so I wasn't much in contact with people staying in the dorms or the hostel. But every time new people arrived, there was a meeting in a pub to get to know them.

Zagreb is a mostly flat city, good for riding a bike or jogging. As for culture, I'd recommend Museum of Broken Relationships.

I didn't taste much of local food, eating out was expensive (50 kn for a meal). My work had no lunch break and there were no lunch menus in Croatia. Eating out is only for special occasions there. But drinking lots of coffee is common there.

Zagreb has about the same weather as Prague. Only it can get colder without a storm or rain. It can rain for a week there. It can be cold there. Take clothes you would take with you if you stayed in the Czech republic. If you need to buy anything for bathroom or kitchen, try Offertissima first. Some plastic bottles can be returned for money, if you know how (I don't). You can get a map of the city at one of many information centres. The map includes sights to see and a map of trams.

Prepare to cook if your work does not have a canteen. It's useful to have an app that can tell you how long it will take you to get somewhere, like Google maps. Zagreb public transportation has mysterious schedule, because no one there cares much about being on time (no one was in rush there, ever).

I've confirmed I'm able to live in a foreign country on my own. I have 6 weeks of work experience. I've learnt to accept unpredictable things and sudden changes of plans and appreciate silence of my neighbourhood in Czech. I lost 4 kilos and started jogging.

Since I've arrived in August and there was about 3 people working (others were on vacations), I didn't have much of information about anything at first. The remaining IAESTE members had to deal with the dorm problems and didn't have much time to explain things to us. But when I needed some help, I got it.

My experience was good, I'd like to have another internship in future. 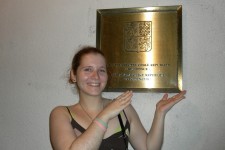 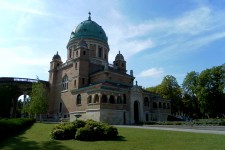 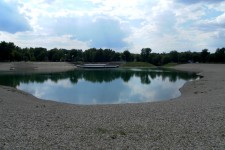 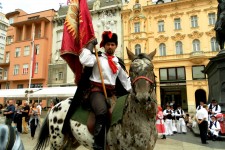 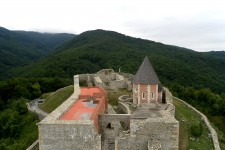 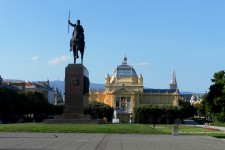