Japan is an island country in East Asia. It lies to the east of the Sea of Japan, the East China Sea, China, North Korea, South Korea and Russia.

Kawasaki - city in Kanagawa Prefecture, Japan, located between Tokyo and Yokohama. It is the 9th most populated city in Japan. Kawasaki is an industrial city stretching along the south bank of the Tama River. For it's industrial nature it's called a city of workers and business men.

Rest of Japan has very good connection via Shinkansen (bullet train) or airplane. Tickets are quite expensive though. If you are not a "resident" but "temporary visitor", you can get a tourist pass (I could not).

NEC Corporation is a Japanese multinational provider of information technology (IT) services and products, with its headquarters in Minato, Tokyo, Japan. NEC provides IT and network solutions to business enterprises, communications services providers and to government agencies.

I worked in Tamagawa plant of NEC located in outskirts of Kawasaki city where main R&D department of NEC is located.

I was working 7.45 hours a day, work was relatively easy but working conditions were quite strict (no days off, no time flexibility). My boss and my collegues were not always helpful and competent in terms my project topic, I had to figure most things out myself.

One week of paid vacation during the stay (all-company vacation).

130 000 JPY, tight budget, sufficient for meals and local transport, but not for airplane ticket or trips and traveling within Japan.

Basics of Japanese language (both spoken and written) are very useful.

Low-budget hotel in Kawasaki city, own small room including own bathroom and miniature kitchen. Costs shared between company and trainee. The hotel stay was booked by the company, my contract actually forbade me from seeking other place to stay.

Every trainee gets a "contact person" assigned by IAESTE Japan. These are volunteers and there can be significant differences in their attitudes towards the work for IAESTE and trainees in general. I met my CP only twice during 3 months, first time she went to work with me, second time she helped me with resident registration at City Hall. There was no pick-up at the airport. On the other hand, some students report meeting their CP regularly, e.g. every week and spent a lot of time together.

There were many events organized by IAESTE TLSC (volunteer department of IAESTE in Tokyo). Some of them were just one day trips, others were two days with sleep-over in a hostel. The events organized by IAESTE were great, but the information about them was very scarce - no e-mails, no website, no FB events, mostly the events were just mentioned in Facebook group chat. I missed few events because of this.

I could meet foreign students during events organized by IAESTE or by themselves. Main communication channel was trainees Facebook group.

If you want to use a gym or swimming pool, they are usually a property of a sport club, so you have to be a member of the club. There are few sport clubs in Kawasaki. It may be difficult to subscribe to a sport club if you are only staying for few months and if you don't speak Japanese. I did not attempt, but my colleague, a trainee from India registered in local Dojo (martial arts) club in Kawasaki. Knowing some local person who is attending the club helps.

As for culture, virtually all theater performances and movies are in Japanese. In Tokyo, there are several galleries of modern art you may want to visit if you are into it.

I only had very limited access to kitchen facilities, so I could only cook simple or ready-made food. In convenience stores, you can buy a variety of ready-made meals, both frozen and fresh. If you have microwave, it is helpful, but you will soon become tired of such food.

Western-style supermarkets (like Tesco, Globus...) are scarce in Tokyo area and albeit the convenience stores have a relatively wide selection, they are quite expensive and limited in sortiment (e.g. very limited choice of fresh meat).

Unlike in CR, dining in restaurants is comparable pricewise with cooking/buying ready-made meals! Many people go to restaurans in Japan alone, so it's not unusual. If you can, choose a restaurant with ticket machine - they often have English menu or pictures. Don't expect to be able to talk to waiters in English.

If you are a vegetarian, vegan or have special dietary requirements for health or religious reasons, Japan might not be the right place for you to stay. Japanese cuisine uses a lot of meat (surprisingly, pork meat is most common, not fish) and there is no information in English regarding allergens like gluten etc. Buying food is a sort of roulette, you never know what's inside.

Fruit and vegetables are very expensive and the choice is very limited.

European smart-phones work in most areas of Japan (no GSM, 3G or LTE coverage - and support - is needed, our phones don't support Japanese 2G). Foreigners are not allowed to access voice services in Japan. Japan is in zone 2 for most European carriers, so beware, using your Czech SIM - especially for data - will be EXTREMELY expensive.

You can (should!) buy a SIM card, but it has voice services - including incomming calls - and SMS disabled (only data available). Theoretically, you can get a normal SIM if your status is "resident" (mine was), but most agents won't sell you a fully-fledged SIM even if you show them your residential card. If you need to make calls, I recommend using a VOIP provider (I used Odorik.cz, they have good rates for both CR and Japan) and use it over 3G or LTE (or Wi-Fi if possible).

Broadband internet in the hotel was included in price, speed was around 4Mbps, Skype and most VOIP services were blocked - it was only possible to use it over a VPN. No Wi-Fi provided by hotel, just wired connection in hotel room - I used my own router for Wi-Fi.

Internet at workplace was extremely limited and monitored, it was not possible to use it for any private purposes, including e-mail.

1) Learn basic Japanese, especially hiragana + katakana and basic phrases.
2) Get a local SIM as soon as possible to avoid unnecessary expenses.
3) Don't hesitate to go to a restaurant, it's usually same price as convenience store and better.
4) The company expects you to be submissive, because most Japanese are. You don't have to accept this game though. If you need something or don't like your work conditions, don't hesitate to complain. Your boss may look shocked but they will usually try their best to help you.

In Tokyo area, you can buy almost everything, the only problem might be language barrier.

I recommend you to take basic first-aid drugs like painkillers, fever, diarrhea, nose & eye drops, cough medicine. Of course, they are widely available, but you might have difficulties buying them (especially when you're sick). Majority of Japanese, including drug-store employees, physicians or paramedics, DON'T speak English.

I've learned a lot about Japanese culture and understood the Japanese attitude better. I've realized that a lot of things we believe to be true about Japanese people are prejudice (e.g. they are cold, unfriendly towards foreigners...). I've learned some Japanese language (around 100 characters). Due to language barrier, I've mastered nonverbal communication skills.

Without IAESTE, it would be very hard to find such internship. However, that's all. IAESTE employees in Japan only gave me the contact to the company - no help with visa or journey planning. Frankly, I expected more support from their side.

Important note: Most people don't know that travel insurance products are not well suited for long-term stay, since they only cover medical emergencies. I had a non-emergent health problems and I had to seek a physician to prescribe me some medicine. I called my Czech insurance company (UNIQA) if they were able to pay for such visit at doctor's and they refused. Instead, they suggested me to terminate my stay in Japan and return back to see a Czech doctor. They were willing to cover the expenses of preliminary return, which were few times higher, but refused to pay for medical expenses in Japan. As a result, I had to pay for the care myself (cca 10000 CZK). Later, it was reimbursed by the company, but that's an exception rather than rule, so beware. 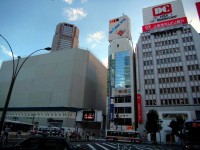 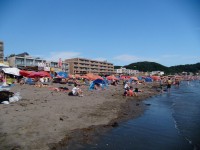 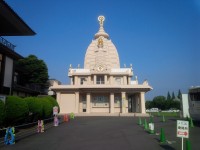 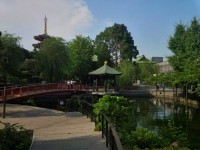 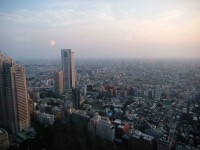 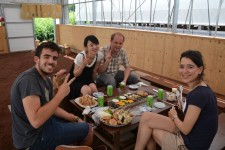 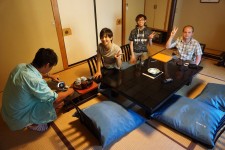 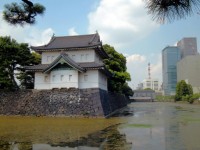 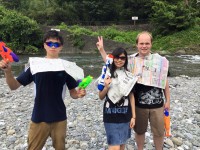 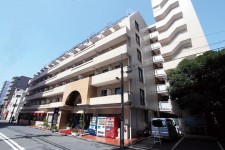