The city Campinas is second biggest city in the brazilian state Sao Paulo. It is about 1,5 - 2 h bus drive from the city Sao Paulo and about 4 - 5 h from the nearest beaches. It is pretty a modern area.

Campinas has over 1 million habitants. So it is a big city but the public transport is not the best, we ended up taking uber most of the time (also for safety reasons). You can buy pretty much everything there but it might take a while to get to the nearest shop. Important thing to know is that Brazil is not cheaper than Europe, you will not save money there. Campinas is not very cultural city, for cultural activities I recommend visiting Sao Paulo or ask international students in UNICAMP. It is not more dangerous than other places in Brazil but I would still recommend to be careful and watch your stuff but nothing bad never happen to me nor my friends.

Everything is very far away in Brazil so when planning trips, I would recommend planning for the whole weekend (or even take a day off at work). We went to the beaches in Ubatuba and Caraguatatuba which were really beautiful but I would recommend to plan it last minute so you would have good weather. The only option for a day trip is Sao Paulo, where are some nice museums, view points, parks, but the bus tickets are expensive so I would also recommend to go for the whole weekend (but check with brazilian people if your accommodation is in a safe area in SP). We also went hiking one day in Atibaia, really nice trails and beautiful views. Our biggest trips were to Rio de Janeiro (9 h in bus) and Iguazu waterfalls (17 h in bus, but definitely worth it). In Rio we went for free walking tour which was really good and of course Christ and the Sugar loaf. In Iguazu we went to both sides and even to Paraguay (dangerous, be careful, but nothing happened to us).

The university in Campinas (UNICAMP) is one of the biggest and best universities in South America. I really enjoyed going to the lab there. I went to the lab of professor Mori, it was an amazing lab. The people there were very helpful and they showed me a lot. They weren´t just colleagues but also friends.

The lab, I was working in, was focusing on aging, metabolic diseases and obesity. I was working with the model organism C. elegans. So my daily work consisted of taking care of these worms, change their plates, prepare their food (different strains of E. coli). We were also feeding them with small RNA (which we had to extract) and we were observing effect of the small RNAs on their lifespan, motility etc. Other people from the lab also let me watch their experiments (e.g. mice experiments).

I wouldn´t say that the salary was sufficient. We got 800 reals a month, we were told that we will pay 400 reals a month for housing but in the end it was 550 reals. From Monday to Friday we got 3 free meals per day in the university cantine. Which was really lucky because 250 reals per month definitely isn´t enough for Brazil. For example a cheaper meal in a restaurant can cost 25-30 reals. Bus to Sao Paulo 40 reals and to Iguazu waterfalls 300 reals.

In the lab English was definitely enough. But I was lucky that people in my lab weren´t afraid to speak English because they have an international PhD student there. But people in the shops etc. even the young ones rarely speak English or they are shy to try. I would really recommend buying sim card there with data so you could always use google translator. Also if you learn just a few words in Portuguese it really helps, just basic phrases.

The only problems I had in Brazil were with the accommodation. It was provided by IAESTE Brazil. First problem was that brazilian IAESTE told us that the rent will be 400 reals/month but the owners wanted from us 550 reals/month. We wrote it to brazilian IAESTE but they first didn´t tell us that it was their mistake, so it led to some other problems in the house. The house wasn´t in the best condition. At some point there were 19 people and only about 6 chairs and cups, 2 fridges and 1 washing machine. We tried to communicate with IAESTE and they offered us to change to place but we were such a great group of people (other IAESTE interns) that it was worth it staying there. Unfortunately short time before our departure there was an accident. One girl was taking shower and there was gas leaking there and also there were some exposed wires and it caught on fire. Luckily nothing serious happened to her. But the owner was told before this happened about the gas leak and did nothing about it. Also once we had conversation about some issues with the owner and he was secretely recording the conversation and when he was asked to stop he didn´t. I was not content with the response from brazilian IAESTE when we told them about these issues. But as I said because the other interns were so great we didn´t focus so much on these issues and we still enjoyed our time together.

The pick up at the bus station in Campinas (I went by bus from the airport to Campinas) was provided by the owners of our accomodation, it was fine, just the car was very old and it barely went up the hill (one of my friends even had to push the car up the hill because it stopped working). I haven´t met anyone from the IAESTE members there. They planned one get together in Sao Paulo but we decided to go for some other plans. They didn´t really help with organizing other trips. We organized everything by ourselves (there were about 12 other interns in my accommodation). Sometimes it was difficult but we managed and enjoyed our trips very much.

It was quite hard to do something cultural in Campinas. So for museums and galleries we waited for Sao Paulo and Rio de Janeiro. In Campinas we took some forro classes (traditional dance) for free which were organised by other international students. We went to some bars with traditional music. We also visited some parties. For sport we didn´t want to spend a lot of money so most of the time we were going for a run. Once we went hiking to Pedra Grande. And of course we went swimming in the ocean.

We tried a lot of traditional food. What was surprising is that they really eat rice and beans twice a day every day. But I really got used to it after first month. We tried some street food like coxinha (which was our favorite) but also pastel, pao de quiejo, tapioca. For drinks I would recommend Caipirinha and for desserts brigadeiro.

There was wifi in the house so it was not a problem at all to communicate with friends and family. Also we bought the sim cards there so we had data (my plan had free whatsapp because they use it so much in Brazil).

I would recommend to buy a small fanny pack for money, passport, which you could hide under your clothes. Also be ready that is not cheaper there than in Europe. Mainly I would recommend to talk to Brazilian people, they are great and ask them about there culture and for food and music recommendations. Also it is benefitial to know at least some Portuguese but it is not a disaster if you don´t. Also when you travel by bus always have with you your passport or another original document with your photo on it, it is obligatory there. And don´t buy your bus tickets last minute. It is very complicated because often they cancel or don´t accept credit cards.

Sunscreen (and use it, not like us), adapter, also some clothes for cold and rainy weather (in August and September the weather changes quite a lot, it can be over 30 °C but also around 15 °C, in the mornings even under 10 °C plus in they don´t have heating systems in accommodations so it can get chilly inside).

So many benefits. I found friends from all over the world, practiced my English, experienced different culture, learned new skills in the lab. What I also find benefitial is that I realised how many opportunities I have (outside of my own country). I also tried what it is like to travel on my own.

Unfortunetaly we didn´t have the best experience with brazilian IAESTE. Before we arrived they sent us quite a lot of information. But when we arrived we didn´t really heard from them and we didn´t receive any help with other things like our sim cards or planning the trips. Luckily we had a portuguese friend in the house and also people from our worked helped us otherwise it would be really dificult, since we don´t really speak Portuguese and brazilian people don´t really speak English. Also when we wrote them about our problems with accommodation, we got quite rude answers. So we didn´t want to comunicate with them anymore. On the other hand they did offer us to change the accommodation. We didn´t accept their offer because we want it to stay together.

I enjoyed my internship so much and I am very glad that IAESTE provided me this opportunity. I´ve listed here some of the problems which we had with the brazilian IAESTE but we weren´t in a really critical situation (except from the fire in the shower where we got no support from them and it felt like a really serious issue). I had no major problem with czech IAESTE (just sometimes it took them quite long to respond).

Even with the problems we had with our accomodation, it was still one of the best experiences of my life. I very much recommed it. Brazil is an amazing country. 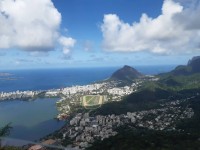 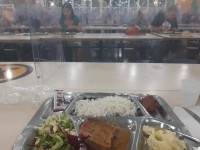 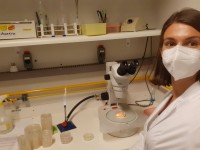 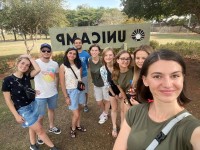