Norway was perfect place to do field work and study our environment since there is amazing nature, so it was great location to do this kind of internship. My work office was situated in University of Bergen, which is near the city centre. From there we were driving by car to other locations each week

Bergen is very beautiful city full of nice restaurants, coffee places, shops and nice spots for swimming. It is surrounded by 7 mountains to which you can easily hike up in a short time. The city is small and cozy, you can easily walk everywhere and you dont feel the stress of ,,big city life". All the people in the city were always really nice, everybody was speaking english and everybody was helpfull and kind.

Best trips to do in Bergen are the Bergen mountains at the first place - really beautiful and easy trips. Great idea is to take the boat from Bergen to Askoy island. In Bergen you also have nice museums, I personaly really liked the Nature museum and as an empoyee at Bergen University you have discount for entrance. If you would decide to do trips little further from Bergen with taking the car, I can recommend to go to Steindalsfossen, which is beautiful waterfall 1 h drive from Bergen, from there you can easily go to the highest waterfall Voringfossen, which is another 1 h 30 min and surely worth to see. Famous four waterfall valley in Kinsarvik or one of the biggest touristic atraction in Norway - Trolltunga are also not so far from Bergen.

My employer was great, easy communication, helpfull with everything. Whole work group was really nice group of people, everyone was willing to share their experiences, so it was great environment to learn new things and also to discuss topics around the scientific field.

Almost each week I was part of different project, but they all study climate change and it is impact on flora in a way. Whole week we were out in the field, usually on some mountain and setting the experiment or collecting data - seeing how plants or growing, or we were collecting samples of plants.

it was sufficient since I was whole work week out of the town with the work and everything was paid by the employer, maybe if I would have to cover all the expenses then it would not be sufficient. Also I still dont know how much exactly will the salary be after taxes are calculated because I still didnt get any salary at all.

Everybody was speaking english very well and also nobody had any problem to explain you more if you didnt understand something.

Accommodation was provided by IAESTE Norway, it was really nice place but expensive for me and it is a shame that nobody told me before how much it costs, before I came to the Norway I didnt get any information about my accomodation, I didnt know where it is, how does it looks like and how much it costs, the only thing they asked me was if it is ok for me that my flatmate would be a man. Since I was out for the whole week and I was at this accommodation only during the weekends I would prefer something cheaper, also the accomodation was really far from city centre and from the University as well and also from all the other IAESTE students. What I disliked the most about the accomodation was that I had to pay rent for whole 2 months even though I was staying for 6 weeks only and that nobody warned me about that infront.

Caroline, the girl from IAESTE was really nice and helpfull. She picked me up at the bus station in city centre and then took me to the accomadation and helped me with luggage. She was trying to organise things with the other IAESTE students, she took us to nice restaurants and also for whole weekend trip to the askoy island. It was nice communication with her and she was trying to do as much as she could to help us to have a nice time in Norway. After 2 weeks of my stay she was finished with the work and she went on holidays, there was some other guy supposed to take care of us but we havent heard from him anything at all whole time.

We had nice group of IAESTE students, I joined them each week for some activities - we went swimming, hiking, making food together. During the week I also had some foreign interns (not with IAESTE) in my work group and that was really nice, I way able to share lot of experiences with them, how it works in the scientific field in other countries/other schools.

I do athletics and so I appreciated that in Norway you can use athletics stadium as you want so that was a great thing for me. For the rest hiking but also mountain runnung is great thing to do in Norway. In the Bergen city there are nice museums, so that is a great culture thing to do.

In Bergen there were myny nice restaurants with local specialties, but visiting restaurant in Norway is really expensive thing to do, but what I can recommend are famous Norwegian hot dogs - that is a cheap and delicious food to do. In the shop nice and cheap thing you can get is salmon, so if you like fish that is a good idea.

No problem to communicate with my home country

Taking lot of waterproof clothes - really waterproof! Also take warm, even winter clothes. Norway is often really rainy and you will be still working outside even in rain and cold weather so it is important to be warm and as dry as possible. From my experience be ready to have enough money because I still didnt get not even my first salary even after more then on month after I finished my internship.

New experiences in the scientific field, new connections with many people from all over the world working in science, busy with similiar scientific problems.

Caroline, the girl that was taking care of me in the beginning was really nice and helpfull, then another girl Kristi with whom I was communicating before I came to Norway was also great and she helped a lot. For the rest IAESTE Norway was a big dissapointment. After Caroline left nobody was communicating with us at all. The biggest problem was the salary thing, tottally unacceptable that in the end of September, when it is already one month after I finished my internship I still didnt get even my first salary for July. The communication about this with the IAESTE members was horrible, in the end I had to contact the economic department of University Bergen myself, so hopefully I will finally get the salary then.

Before I came to Norway everything was good - no problem with taking care of things with czech IAESTE and before I was coming with Norway IAESTE as well. But then my experience with Norway IAESTE was horrible - of course primary because of the salary, then also after Caroline left no communication from someone else who would be willing to plan some activities or something for us, also as I mentioned I also didnt really like the thing around accomodation - I would want to be informed how the thing are infront and to be asked if that is ok for me. 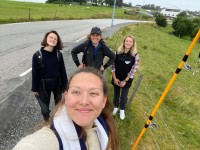 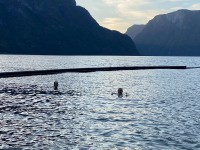 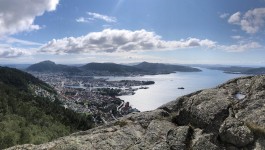