UB is modern city in the centre, but filled with ger districts on the surroundings - full of contrasts. Its largest city of the country and also political, comercial, industrial and cultural hub. Compared to UB are other cities looking more like a village. The city is officially divided into 9 districts with 7 of them located within or around the city area.

There are few museums in the city - historical, intelectual, dinosaur. Also many galleries and budhist temples. Quarter Zaisan - in the south is almost in the mountains and a nice starting point for a hike to a Bogd Khan mountains. Closest national park is Terejl, it is reachable by bus.

I was working for mongolian professor who was studying in CZECH before. She was nice but very busy, so it was sometimes hard to reach her.
Work for university was interesting but a bit unplanned. In technical industries in Europe is everything completely planned, but here I had a feeling that they dont really know what outcome they exactly want from me.

I got to do research about PLC LOGO! Siemens. It was completely new type of PLC, which is not used at university. I programmed few programmes, which I was suppose to try but didnt manage to. I had programmes ready, but since professor wanted to be present we had to postpone it till the time I was almost leaving.

It was sufficient for living there.

Acco was provided by uni and I didnt get to know the price.
It was dormitory with almost no equipment (only bed, table, and small bathroom), where I was only one speaking english.
It would be okey for anyone who would be at home country, but having no equipment, no kitchen for international student was a very bad idea. Professor helped me with few kitchen stuff and fridge but normal kitchen would be way better.
Also, there was no hot water till beggining of October and also later it was only occationally - quite a bad joke when temperature outside is -30 and someone is sick. I knew it would be a bit adveterous but this was a bit too much when I was living there for few months.

I was picked up from the airport by teacher from university.
There were no organised events by IAESTE - I have only met iaeste representative and he also helped me when I needed, but he was always very busy.

I was going to yoga lessons in local temple i found on my own. I wanted to go to swimming pool, but at school told me it will be quite hard cause you need doctor´s consent. Later I found out there was swimming pool very closely where you didnt need it.
You really had to learn to be independent there and find out most of the info on your own.

There is a local pub Tse, with a very cheap food. But the most of the local food is too fatty and our european stomachs are not used to it. But in better restaurants it can be less fatty and also more tasty.
There are also restaurants with international cuisine (Korean, Japanese, French...) and also vegetarian food is not that hard to find.
Cafeteria at school is only in mongolian language, so I almost didnt go there. I dont really get why menu is not translated to english.

Its beautiful country full of contrast and very cold during winter.
Time in Mongolia flows diferently - they have the worst time management I have ever seen - and I am not really punctual. But you have to get used to it, if you stress and hurry it will not change anything, just accept it.

Pills for stomach - to be able to eat local food.
Presents from home - candy.. 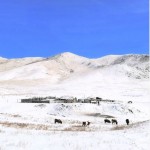 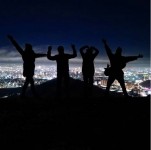 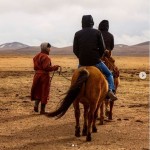 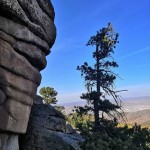