Oman is a 1 700 km-long coastal plain at the southeast tip of the Arabian Peninsula lying on the Arabian Sea and the Gulf of Oman. It is bordered by the United Arab Emirates, Saudi Arabia, and Yemen. The country is the size of Kansas.

Muscat is the capital of Oman. It is also the seat of government and largest city in the Governorate of Muscat.
Low-lying white buildings typify most of Muscat´s urban landscape, while the port-district of Muttrah, with its corniche and harbor, form the north-eastern periphery of the city.
The city has numerous mosques including the Sultan Qaboos Grand Mosque, Ruwi Mosque, Saeed bin Taimoor and Zawawi Mosque. A few Shi´ite mosques also exist here.
Muscat has a number of museums and recent projects include an opera house. One of the most notable new projects is the Oman National Museum. It is expected to be an architectural jewel along with the Sultan Qaboos Grand Mosque.

Founded in 1944, Parsons is an engineering, construction, technical, and management services company. Parsons is a leader in many diversified markets with a focus on transportation, energy, environmental/infrastructure, defense/security, and resources.

The work was more like a summerschool to me. They haven´t put from my point of view much effort to plan this internship and i was feeling more like bothering them than actually hepling them. The thing was that we were a group of approx. 5 students having an internship there and they´ve been more teaching us than actually let us do something.I fully understand it is hard to let us actually do something, but this feels really weird. Sometimes supervisor showed up after two hours (which was like one third of our workhour) without leting us know he/she would be absent for such a long time. It was only exciting when we got to visit the construction site. There we had some work to do as well as more working hours and present supervisor.
If you´re not willing to work hard during the summer, go for this internship.

I was supposed to get 150 OMR, and I paid 100 OMR for the accomondation including the food. So the payment was sufficient.
(I actually got les than that. Somehow they’ve cut down about 20 OMR which is approx. 45€)

I had no problems as everyone I´ve met in Parsons was able to speak English. And for me it is hard to say. I didn´t find any dificulties while speaking to others but i am used to different accents.
B2-C1 should be enough

Provided by the IAESTE Oman, price was 100 OMR per month (25 per week)

Pick-up was organised by the IAESTE Oman and everything went well.
I was there for 6 weeks and I´ve attended 4 events organised by IAESTE and most of the time fully covered including food. I think it couldn´t have been better.

As we were staying at the same place meeting others was really easy. The only problem might be quite strict polici about dividing males and females.
Anyway meeting other student was the best part of the whole internship. It is like a living Wikipedia but this one has all the informations updated, correct and real.

We´ve been playing beach volleayball a lot, but as for all Arabic countries, football wins.

Food provided was really delicious but after a few weeks it would drive you crazy. For me personally it became the same so be prepared to a lot of rice, chicken and spicy food.
Anyway definitelly go for omani sweets like kounafa or milkcake, try to eat with you hand (only right!), which is pretty usual and try the camel meat.

There is no way to call using either WhatsApp calls, Skype, Messenger, FaceTime, Instagram call,.. as it is not allowed by the government. It´s quite usual to use VPN though.
Roaming from the Czechia is quite expensive, therefore i recommend you to buy a local SIM card as it costs nearly the same.

I would recommend you to rent a car in the very beginning of your internship as the price won´t be that high for a long-term rental and you'd definitely use it and save a lot of money for taxi rides.

Exploring different cultures, meeting amazing people from all over the world. I´m sure I would have a lifetime friendship with at least 5 people.

Amazing! People from IAESTE Oman were all always really helpful, they´ve been organizing trips often free of charge. It was nice to hang out with them and learn about their culture.

I would recommend IAESTE to my friends. I would make sure next time I have enough information about the internship itself.

apps such as OTaxi and akeed may be useful for you. :-) 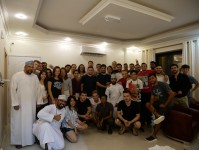 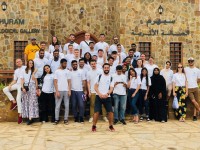 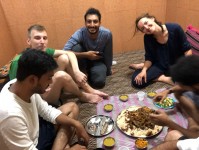 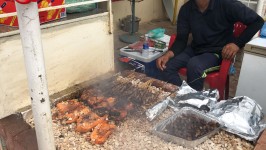 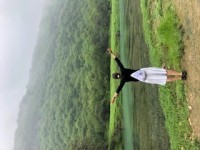 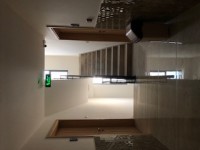 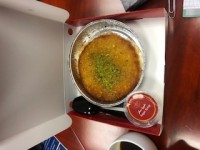 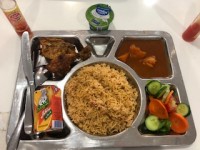 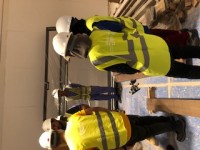