National University of Science and Technology campus in Islamabad. It is a huge campus 2x2 km, so it takes whole one sector of the pakistani capital. It is well secured with many checkpoints and patrols, so even people who are scared of pakistan should feel safe there.

Islamabad, the capital of Pakistan. Newly constructed in the last century and still not completely finished. It is probably the safest and also the richest city in whole Pakistan - it is completely different. The level of services there is significantly higher and also the prices are, but still it's very cheap. There are some thing to see in Islamabad (National Monument, Faisal Mosque...) but for me it was preferable to go outside and see real Pakistan, because that is something really different than Islamabad.

Possible trips are hard in Pakistan, because it mainly depends on your will to travel to "not safe" areas and also on your will to violate some pakistani (mainly university) rules. The thing is that, we were free to go anywhere in the university campus, but not anywhere else. If we took a permision from like 2 people from the administration, the would allow us to go in Islamabad, but not anywhere else, because it is "not safe" and they would need to fill some security administration and send with us some guys and so and so. But a few students including me after a few days got sick of this and when we got permision to go to Islamabad, we went outside of it to some other place. Also we had almost everytime local student with us, so it was not that hard to communicate with locals and to understand local things, but if we had not, it would be really hard to get somewhere.

Employer was National University of Science and Techology. A university founded by the government and army of Pakistan. It is the nuber one university in Pakistan.

I worked at the IGIS department and it was great. It was my choice to work on anything I wanted there as long as I was in the work from the morning till the afternoon. Everybody at the department was very nice and welcoming.

In the beggining we were told that we will get 30 000 pakistani rupies, which is not much, but it is a good salary for pakistan - 20% of people there have lower salary than this.
The issue was, that they did not tell us and automaticaly used part of this salary to pay our food and accomodation at the hostel without even telling us the price. They charged us way more money than the local students there. In the end I recieved just 5 000 pak rupies, because they also somehow forget to give us the rest. After we argued they promised to give us the rest, but they did not. It is not issue about the money, because its value is nothing, but it is more about the attitude and their responsibility. The communication with the people responsible was really hard.
On the other hand being neglected the money thing, they took care about us. We had our meals, beds and everything. We just did not get the money promised.

At the campus of the university english was enough - everybody there speaks it well.

They said the accomodation and food will be 10 000 pak rupies/month and it was more in the end (see "salary"), but the accomodation was good - better standart than local student have. We got also AC. Rooms were for 2 people (for girls it was single). Somobody would be surprised that we had only cold water there, but it was not an issue due to the weather in Pakistan. I got used to it soon.

Meeting local students in general was so easy and great. Everybody there is so welcoming, hospitable and friendly. They picked us up at the airport, organised some events. For example when I walked near a cafeteria I almost alway ended up being invited for a milkshake, chai or anything by some local student. They were just great!

Other students from abroad were great, we were around 20 guys in our hostel and we socialized and all the time. Students were from all around the world, but mainly from the muslim countries of Africa and Asia.

There are a lot of sport facilities in the campus and all is for free. There is no issue to find somebody to play with, because everyone is so friendly. You can just go and join anything you want in the evening.

Food is horrible. It is spicy as hell and it's almost the same meal every day - just a bit different. 90% of the meals in Pakistan is composed of just chicken, egg, rice and some weird not so tasty "bread" (search for roti).
Everybody was sick of the food and everybody had some health/stomach issues, so be prepared for that!

You can use the internet which works most of the time at the university campus :)

You shoud not go there to make some money, because you will not.
You will also not spend much money, because the country is so cheap and people hospitable (they give you sometimes things for free).
You should expect something totally different and unusual, life is really different here.
If you like spicy pakistani/indian food it will help you a lot, but anyway pack some pills to treat diarrhea.

Most of the time they dont accept mastercard in Pakistan - search for MCB bank.

It was a great experience. I would say it contributed as a working experience, but overall I have learned so much, but mainly about the people, Pakistan and religion.

We contacted some of the people responsible there, because of our salary and safety (that they did not want us to go outside of Islamabad) issues and they did not help us at all. Communication with them was not allright as well as they sometimes did not respond and did not even try to help us. The same issues were with the people responsible at the administration of the university.

It was really a great experience and I would definitely go for it again. So if you hesitate, don't and go!

I don't have any, hah. But you can contact me here https://www.facebook.com/vojtech.andrs.5 - I will gladly answer some questions. 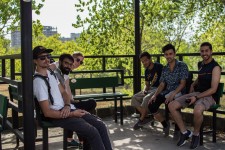 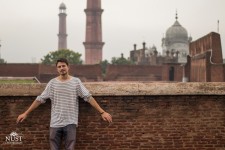 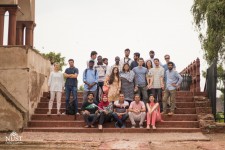 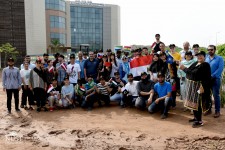 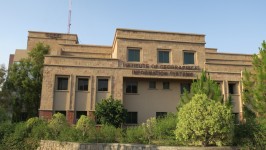 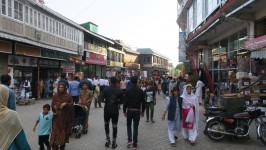 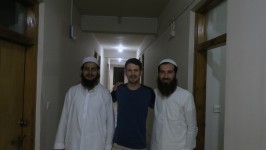 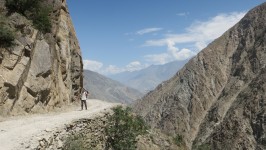 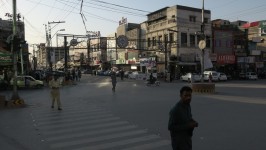