Amman is the capital of Jordan with 4 milion citizens. Western part is more modern and richer than the eastern part. There is no public transport, so I used taxi, Uber or Careem to move around. Most popular places to visit are Rainbow street, Citadel and Roman amphitheatre.

Jordan was part of the ancient Roman empire and it inherited a lot from that era. IAESTE Jordan organised weekend trips to Jerash, Ajloun, Madaba and Golden trip, which included Wadi Rum, Petra and Aqaba. After work we usually roamed aroud the city with other interns.

I worked in the Water, Energy and Enviroment centre located in the University of Jordan campus. They have certified laboratories to perform standard analytical tests, most of them are focused on water analysis. There are microbiology, wastewater and wet chemistry labs.

I assisted in sample preparation and test evaluating. I get to work in every laboratory with various samples and instruments. My mentors were always nice and happy to explain everything. There was also computer room that I used for research tasks.

I got 45 JD per week. It is sufficient only for basic food and transport. For trips and other entertainment I spent more money. Cost of food in supermarkets and restaurants is comperable to Prague, maybe a bit cheaper. Unfortunately beer and alcohol in general is quite expensive.

In Job offer they require english level "good". At work and tourist places everybody spoke english, but average Jordanians don't speak very well or not at all. It is handy to know some words in arabic, for example numbers to be able to ask for price.

Accommodation in Capri Hotel was free for all IAESTE interns and provided by IAESTE Jordan. It was nice three star hotel with gym, located near 5th circle.

Airport pickup was arranged by IAESTE Jordan for 20 JD fee. All members took really good care of us, they were spending a lot of free time with the interns to show us the city and often drove us with their private cars around. Every weekend they organised a trip and gave us tips on which places to visit and which to avoid.

All interns were accommodated in the same hotel, so we spent a lot of free time together.

There are plenty of playgrounds for football and basketball in Amman which can be booked. Main cultural events and concerts are held in old Roman theathre in downtown.

This was the best part. Shawarma, hummus, falafel, mansaf, kanafeh.. and there is much more. Food in Jordan is just delicious.

I bought Jordanian sim card with data and for skype calls I used hotel Wi-Fi.

It is muslim country so be aware there are some cultural differences. Bring clothes so you can cover shoulders and knees. Summer is very hot and dry, don't forget sun protection.

I met a lot of new people from different countries all over the world and made new friends. It was great to experience other culture and the way they live. At work I improved my skills in laboratory.

They really tried to make our stay in Jordan maximally enjoyable. They provided us with sim cards, organised trips and spent a lot of their free time with us.

There was no problem before or during my internship. All steps to get an internship are well explained and there was smooth communication with both IAESTE Czech and Jordan. 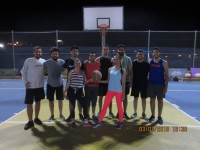 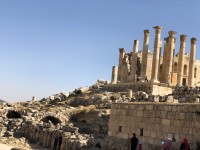 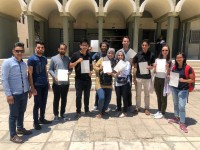 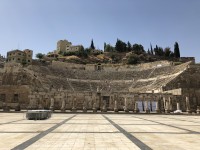 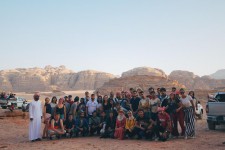 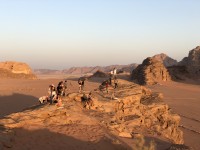 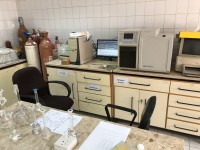 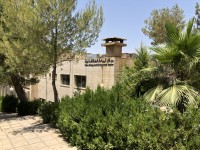