As Belgium is located quite centrally in Europe and Brussels is in the centre of Belgium, it is easy to get to many places in Europe from here. And there is plenty of places to see even in Belgium as well. Apart from the location has Brussels even perfect transport connection to most of these destinations.
For the transport outside of Belgium, there is a great connection for flights and buses. What is good to have in mind is just that airport in Charleroi is marked as Brussels south even though it is some 60 km far and the shuttle bus for 15 € puts one extra hour to the travels.
For moving around Belgium trains are the best option.

As already said, Brussels is centrally located capital of Belgium. The city consists of multiple municipalities and varying districts. Already inside Brussels, there is a lot of things to see, the city is rich mainly for architecture, art and parks.
Brussels offers an enormous variety of places to visit, events to attend and free time activities. There is always something happening.
Brussels also seems to be a city full of contrasts. There can be street meant for tourists and worth visiting and three streets away, you end up in a part, that can feel quite unappealing. You have a lot of shops open 6 days a week and street markets, that show up on Saturday or Sunday. You have a neighbourhood full of different nationalities, diverse shops and full of life and then neighbourhoods just for living, that are quite calm, or business and office parts, that go really silent and empty in the weekends.

In Belgium, none of the bigger cities worthwhile visiting is too far and with train, they are easily reachable for a reasonable price.
The closest place to Brussels, which is one of the best places to visit, is Gent which is just 30 minutes of train ride away.
Other cities and towns as Brugge, Antwerpen, Oostende, Liège and Dinant are next nice places to visit.
Easy, fast and cheap is then even visiting France and the Netherlands.

Small studio consisting of one architect and three interns.
The practice was based on this concept of regularly changing groups of interns.
What was different from the offer in the official document and what awaited me on the place was that there were not 3 employees in the company. During the first month, it was just me and another intern with the leading architect. The architect had so many projects going on, that for supervising the sites and meeting the clients, he needed to be out of the office around 50 % of the time.

My tasks were from the whole field of the designing practice. I was drafting plans for building permit, preparing cost calculation spreadsheets, producing visualisations and completing presentations.
During my internship, we even took part in one round of architecture competition. I was given the task to prepare information, documents and plans for the rest of the office to start working on the proposal. I worked on the volume model and presentation to the jury.
There were two details, which make the work complicated. With the architect being out of the office often, the communication with him was a bit difficult and so was getting tasks to work on. Secondly, everything, that was leaving the office needed to be in Dutch and that was at least in the first months problematic.

The salary agreed on by the office and IAESTE, which was 180 € a week was not sufficient for living in Brussels.
After an agreement with our boss, the salary was raised to 200 € a week, which was already enough to pay for the living in Brussels. Without the need to invest from my savings. I usually needed to use that just in the case I wanted to go for some trip or when I was visiting family and friends back home for Christmas.
Also, the salary in December, which had just 3 working weeks, was not sufficient and I needed to invest my money to counterweight the missing 200-250 €.

As the office hosts many interns, the language used there was English.
Because of the requirements of the authorities for the successful execution of the projects, there were usually moments when there was necessary to deal with Dutch. That meant that about a third to a half of the tasks consisted of working with Dutch materials, mostly excel tables for cost calculations, notes in projects and some received documents from cooperating engineers and authorities.

The accommodation was 435 € a month per room.
Found thanks to a contact from a friend of my friend from the university.
IAESTE Belgium wasn't successful in finding the accommodation for some of the interns.
It was a shared house with 7 rooms, so I had 6 flatmates. Most of them were interns in the EU organisations staying for 2-4 months, that meant the house had 3 different groups of people living in while I was staying there.
For this short period of time, I was staying in the house, I was not missing anything there. And it was nice having people around to spend time with constantly.

As I got a local student to be my buddy, I had someone to ask direct questions even before coming to Brussels. I got even picked up at the airport, which was helpful.
There were regularly organised events for us trainees. Together we were attending cultural events in Brussels, we were invited to events at the university or we organised our own evenings. These were, for example, the national evenings thrown by each of the trainees themselves.

I met people thanks to two opportunities. Thanks to IAESTE I met other interns and local students. In my house, I met interns coming to the EU organisations, a lot of them were Poles.
I was in contact with them since my first day in Brussels, so I was not lonely.
Since there are not many students coming as IAESTE trainees to Brussels, we were constantly in contact with others and close to each other.

I was mainly travelling to get to know Belgium or doing sports outside for free. In Brussels, there are nice parks equipped with sport places, football fields, outside workout equipment and running tracks and this way offer a big variety of activities to do for free. So going for a run or to play football with flatmates was the perfect way to spend free time.
Brussels is a flawless place when it comes to culture. There are many museums to visit and many events taking place all the time. There was an opportunity to have some programme to see something new at least once a week with the other trainees.

The typical Belgian specialities are waffles, beer and fries. There are two types of waffles, an enormous variety of beers and many sauces to combine with the fries.
We even went with the other interns to eat mussels, which are supposed to be quite typical for Belgium even though it was an import from the Netherlands.

Phone, mail and skype within EU have no difference from communicating on longer distance within the Czech Republic.
Easy communication and quick response anytime, when I had any question for the IAESTE Czech Republic.

People under 26 have discounts for most of the entrances. There is even a train ticket for 10 rides, Go Pass 10, with very reasonable price.
IAESTE members in Brussels are nice and helpful people, who enjoy to come up with activities for interns and spend time together.
In Brussels, there are many museums and cultural events happening all the time.
It rains quite often, but the ground is almost constantly wet since November till March. Not optimal for a bike or skate.
The smaller towns and cities in Belgium are beautiful.
In Belgium, they speak French and Dutch and that makes it a bit complicated to deal with official matters in English.

Courage
Something typically Czech, it's good for any occasion. Helps for a national event, serves as a good birthday gift.
I didn't need anything special I think, Brussels is the capital of Belgium and Europe in a way, it is not wilderness and the same as with other capitals in Europe.

For me was the biggest benefit of the internship first work experience abroad.
From my position as a graduated student, some points of view seemed as a disadvantage. Many of my peers got a better-paid job with more consistent supervision. The tasks and projects that I was working on here were not different from what I was doing as a part-time job during my studies. So there was nothing that could be considered as big enough positive to completely counterbalance the negatives.

Communication with IAESTE Brussels usually took a while, they were not as active and prompt as IAESTE back home.
As the IAESTE members distribute the incoming trainees among themselves, so all of us had some of them as a buddy, it was easier to communicate directly. And for each of my questions and problems I got advice in the end.

Getting an internship with IAESTE is a fast and easy process. Having support whenever needed, someone to ask, that is really helpful to get the first working or practical experience.
I got to know new people and cultures during my internship, another work approach than I used to know from my previous work and I got to enjoy staying in a new place for some time.
It was for sure mostly good experience. 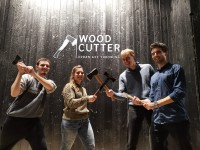 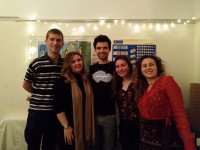 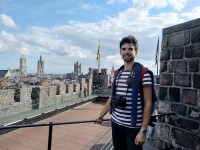 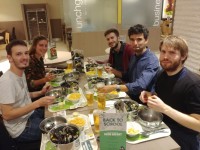 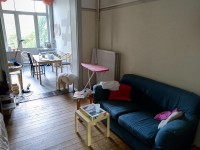 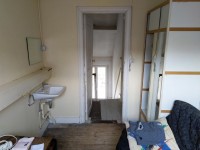 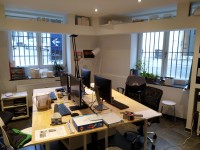 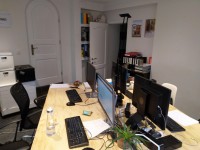 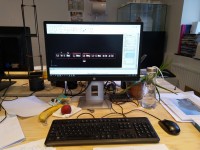 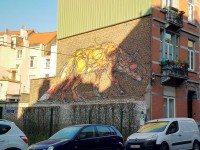 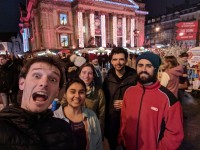