Poland is in the middle of Europe, above Slovakia and Czech Republic. Next to Germany, Belarus, Ukraine etc.

Poznań is really nice city with population over half of million people. I would say it is the best option if you want to travel to other Polish or European cities. Berlin and Prague are really close, also other Polish cities like Gdańsk and Wroclaw are about 4 hours ride. Poznań has good infrastructure, though waiting on red lights can be really annoying because they work very strange. You can ride bikes (10 PLN) for card and first 20 minutes are free. And you really don't need anything else for transportation.

Surrounding of Poznań I cannot really say because I haven't been. Though other things like statue of jesus, Toruń, Wroclaw, Warsaw, Gdańsk are kinda close, what is very good.

I was employed by IT communication company Verbicom. My boss was very nice and caring, he took me to some remote locations to see Polish cities. Unfortunately he left the first week, and then there was nobody who spoke very good English.

I cannot really say. I spent it maybe in 2 weeks because of travelling. But if you really try and cook for 2-3 days, you can stay on zero level. When we cooked 3 people together, it was possible to have dinner for 5-7 PLN. Otherwise prices of food are little cheaper compared to Slovakia or Czech Republic

In my work "fair" level was required, though people did not really speak very good English.

Accommodation was provided by IAESTE. Price was 337 PLN for month for room with 3 people. Prepare to be with Polish people that might not speak in English. Poznań IAESTE told me they cannot put IAESTE interns together because dorm ladies said it is better like this. I heard in other Polish cities they had this opportunity.

My buddy was very nice, she picked me up and always helped me when I needed it :) All IAESTE memebers were very helpful, though I had some problems with bank and making bank account, and I think this should be changed for future interns. Every weekend there was IAESTE weekend in different city, events organised by Poznań IAESTE was maybe one, but unfortunately I could not attend.

There were maybe 4-6 other interns from IAESTE. I was expecting more but what can you do. It was nice to have some people around. If you don't have, try couchsurfing or some facebook groups.

Cycling to work and back...you can find many things to do in city, Google it, everyone likes something else so I won't say my subjective opinion about this.

Another google job. "Pierogy" and that's it I would say. Maybe "Pyra bar" (food from potatoes) and "Soplica" (walnut) with milk.

I had no problems with communications with Czech Republic, everything was good.

Nothing really, if they are coming from Europe, it won't be a big change.

Clothes, money. If you need also kitchen stuff, but you can buy it next to dorm in Carrefour or in IKEA.

Seeing how theory what you study at school is applied in real life.

Everything was with no problems.

Good, just what I said, problem with bank and also the rooms with Polish people. Also it would be nice if IAESTE office had a box with kitchen stuff where we could put our things when we are leaving, and interns next year would not have to buy it again. 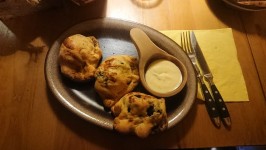 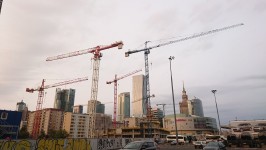 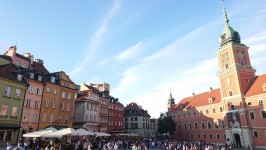 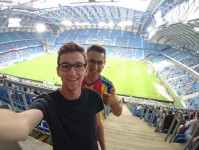 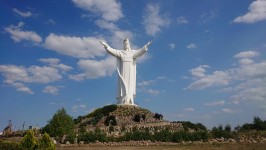 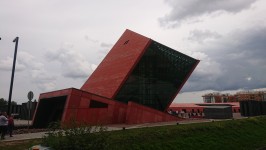 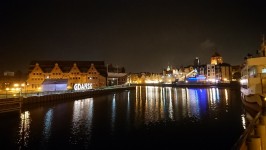