I lived at Rue de Palais 28-30 in the second floor of the house. With my friend we called this place "ghetto". :-) It's located in Schaerbeek area, which is one of the most crowded and multucultural. Most of the people were from Marocco, Turkey, Bulgaria and Arabia. In the beginning I was little afraid, but in the end with no problem (maybe for girls it can be). Advantages from this - cheap prices, nightshops, good position for public transport. Dissadvantages - very crowded, noisy and dirty.

Almost everyone will tell you, that Brussels is not the nicest city, but with time and good people around you, you can get to like it. It was same for me.

All Belgium cities are nicer and more historical than Brussels. I was at Bruggy, Antwerps, Gent, Blatenberge, Leuven and I can reccomend it. It's good to visit also Paris, Amsterdam and Luxemburg, which are very close to Brussels and by bus it's not so expensive. Weekend tickets have discount.

I worked at NATO in Brussels and everything else is secret. :-)

All my job was in new building of NATO (NNHQ). As a technician I helped to my boss and his colleagues with some basical tasks. The project were mostly for days or weeks. The building was in construction and my tasks were various, mostly I worked with data from excel, drawings a internal system.

English or French on advanced level. I spoke just in English and there wasn't any problem with that.

I paid 385 € for one small room (around 11 square metres), not rectangle shape. Shared bathroom and kitchen with other 4 people on my floor. IAESTE Belgium send me this offer. Prices are from 300-500€/room/month.

I was picked up at bus station at 6am by IAESTE member and guy helped transported all my stuff by car, which was very nice because I had two luggages and bike with me. In Brussels we had one IAESTE BBQ and it was very nice. Far as I know, that was the only event, they should organise more events like this.

Most of the time I spent with other interns from NATO, we were group of 50 people (21-32 years old people from Europe), so it was easy to stay in touch with some of them. Because we were young, in some ways it was like an Erasmus.

Near NATO there was a sport facility, we paid 60 euro per half year and we had opportunity to do several sports during lunch time or after work - gym, swimming, volleyball, bowling, crossfit, tennis, badminton... This was big advantage and I liked it. Some people used bikes to get into a work, I did it for 5 months.

Main dish at work's canteen was from 4.4 euro to 10 euro, very good prices for Brussels. Prices in city center are high, dinner for two can be for 30-50 euro. Local specialities are beers (very strong and good), fries (best on the world), waffles and chocolate (both super sweet). The most popular place for students is spanish restaurant Cabraliego and I reccomend to try kebab. :-)

Do I have to answer for this in 21st century? :-) About Czech people in Brussels, I met few of them at work, there are some facebook groups "Cesi v Bruselu".

Take your time with looking for an accommodation. Do your accounting (to have a finance prediction)! Set up the bank account.

Money (my recommendation is 2000 euro), ID for traveling, insurance (I had a bike accident and thanks to insurance it's covered). Also good mood, be a little yes man and try to not stay at home (or on facebook) all the internship.

I improved: spoken and written level of English, communication skills, work range (internship was combination of civil engineering and electronical engineering), dressing, geographic orientation and how to drink a coffee.

Only with the accommodation and I had to made a pressure on them (few weeks before arrival I still didn't have it).

Communication before arrival - good. Pick up and BBQ - perfect. Communication during internship - none. Overall - good.

No matter what internship - go. If you have any question, don't be shy to ask. 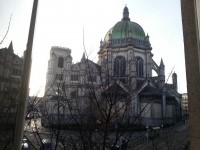 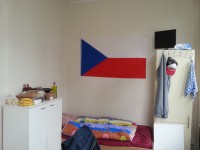 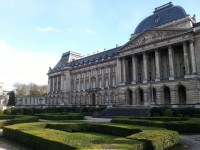 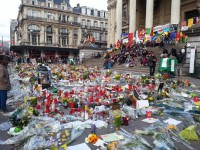 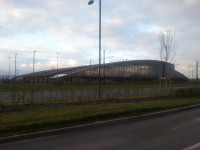 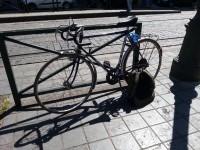 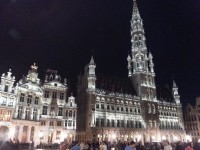 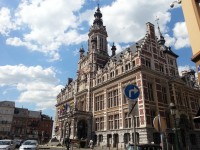 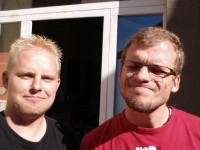 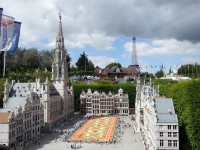 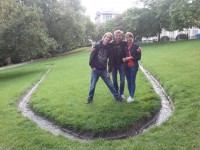