Japan, the country which everyone has some image about.
You know Japan. Sushi, Samurai, Ninja, robots, electronics, Geisha, Fuji, bizarre TV shows....
The country with lots of beautiful nature, modern cities, rich history, rice fields, rural places, and interesting culture. Country, which has a renome as a super-modern country, where you meet robots on the streets.
In some ways this image can be true, but morely you will change it a lot when come to Japan.

Furukawa.
The city located in Miyagi prefecture few minutes by shinkansen from Sendai. (Almost one hour by normal cheaper train)
It's the city with more 80 000 inhabitants. But there is really not much to do and almost nothing to see. Its just train station, few bars and restaurants and then just houses, streets and supermarkets...

If you are on budget you can go just to close places mostly just in Myiagi prefecture at weekends. But there are nice places to see. Matsushima, Ishinomaki, Naruko, Sendai, Yamadera, Iwadeyama, Hirazumi....

I was in a group, which develops USRR radar for a car.
At the beginning, there wasn't much to do. But I was lucky then to work on the small interesting project about signal processing on FCMW radar. Work with Matlab mainly.

If you stay only in Furukawa and don't go out much. It can be sufficient.
For normal life it is not really. But if you bring some money with you it can be manageable

English - good
Most of the people don't speak English, so just good English is more than enough

Knowledge of Japanese would be huge advantage (I didn't have any)

Paid by the company. Very new and modern apartment. Close to the company and train station. Very nice.

Pick-up at the airport and they took us to the company. That was everything.
IAESTE members are just in Tokio, so there are no possibilities to meet them more.

Not in Furukawa.
But we were meeting other foreigners, which work for the company, for a longer period. There were also people from Czech

If you don't know Japanese, it's really hard to do some sports.
Otherwise, you can go running. And there is a swimming pool with gym, for which you have a discount as a worker for ALPS

This surprisingly was a problem, cause there is apparently no internet connection in apartments. We asked the management and they borrow us a pocket wi-fi with limited data. So not the best option for two people.
But for some emails, you can use the internet in work and you can go to AEON mall for the free wi-fi.

Don't take much formal clothes. You won't need it in work as you will get a uniform.
Take as much money as you can and enjoyed it.
Take a time after the internship for travelling (It is possible to travel around Japan with a really tight budget)
Try to learn at least the basic phrases in Japanese.
Try to meet as many people as you can (even it is really hard in case of meeting Japanese)
Go to some traditional summer festivals.
Don't bring an umbrella, there are too many of them in Japan.
To every trip you go, don't forget to take a towel and socks.

If you like mountains and hiking or if you wanna travel cheaply. Bring a tent and sleeping bag. (Or you actually can buy some cheap on Amazon in Japan)

I learnt some new things about the radar. Some new skills in Matlab. Maybe something more...
But mostly I had an opportunity to work in Japan, to explore a bit Japanese culture, to live for few months at the other side of our planet, to travel around the country with beautiful nature.... Those experiences are hard for me to say in more precise benefits. But I feel they are really important, cause I feel more content and confident.

There is not much to say. It works, not perfectly, but works.

I didn't if I am really going until the last month.
Otherwise, everything was OK

hyperdia. com - train connections
wikitravel.com - source of information about Japan and places
https://www.japan-guide.com/ - another one
http://hitchwiki.org/en/Japan - information about hitchhiking in Japan (recommended !!!)

If you are thinking if go or not to the internship. Don't think, just go, you won't regret. If you are deciding about the country. I think it is more about the actual place than just a country and I think each country has some pros and cons. And I think Japan is a good option.

If you have any questions, you can contact me ([email protected]) 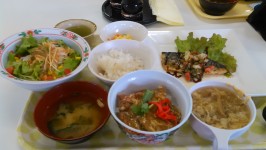 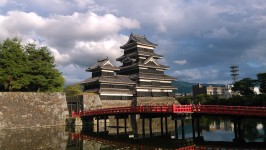 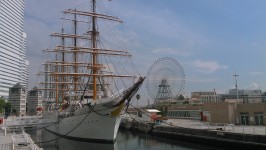 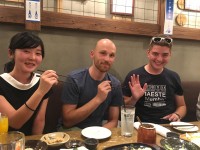 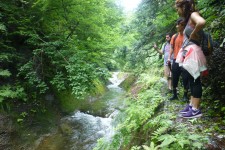