Tunisia (Republic of Tunisia) is a country in North Africa. It is bordered by Algeria to the west and southwest, Libya to the southeast, and the Mediterranean Sea to the north and east. Population is 11 million. Tunisia is named after its capital city, Tunis, which is located on Tunisia's northeast coast. The official language is Arabic and all people speak French very well too. 98% of inhabitans are muslims.

Tunis is the capital and the largest city of Tunisia. Population with aglomeration is 2,7 million. It is situated on the coast, thus there are many beaches and ports. Tunis is one of the oldest cities in the world and ruins of Carthage are interesting historical sights.

Sidi Bou Said, La Medina, Korba, Hammamet, Kairouan, Gafsa, Tozeur, Tatooine, Douz, Matmata, Djerba, El Jam, Carthage, Sousse...
Every weekend IAESTE members organized trips to places, which were far away. During the week we explored places in Tunis by ourselves or just went out for coffee or chicha.
The longest trip was The Southtrip and we spent there 5 days - we visited Sahara, swam in oasis, rode camels, did parasailing and other activities.

400 TND - it covered accomodation, food and some cheaper trips (20 TND). Some trips were more expensive (50 TND, the Southtrip was 330 TND) and I paid them from my money.

All IAESTE trainees spoke English very well.
Requirement for work was good English or French. Everyone in my work spoke French, with English it was worse, but we could communicate somehow. My employer spoke English well and he translated all instructions in English for me. Some tunisian trainees, who worked with me, couldn't speak English, but we managed to communicate with our hands.

100TND/month, provided by IAESTE
Not so bad as I expected - There were some cockroaches but it looked much better than in Strahov dormitories.
In room there is basic equipment: bed, chair, table, cupboard and fan. Everyone has fork, spoon, knife, teller and glass. In kitchen there are pan, pot and gascooker. In some flats there was washing machine, we shared it.

Two members picked me up at the airport with taxi. I went to work with one member on the first day.
Every week there was trip with bus to interesting places in Tunisia. The biggest trip was for 5 days. Sometimes we were waiting a lot, but it is normal in Tunisia.

We lived together in one house and we had many opurtunities to meet after work. I had also roommate and we shared bathroom and kitchen with 2 other girls.
Sometimes we organized small trips in Tunis to Carthage or museums by ourselves.

Very spicy. If there was food, which wasn't spicy it was very sweet. If you don't like spicy, you will have problems. In fastfoods they always forgot that you said without harissa and they put it in.
Fastfoods are everywhere and they are very cheap. And you get fries for every meal.
You should try:
Chapati (1,7-2,6 TND) - sandwich with omelette and salami or thona)
Couscous - much much much more better than czech couscous
Makloub, Malfouf, Tabuna, Libanes (sandwiches - similar to czech kebab, 3-5 TND)
Frikassi, Brika - deep fried something with something inside
a lot of sweet deserts
Bambalouni - deep fried dought with sugar

I got free sim card at the airport. Who didn't get it there, organizators helped him to buy own sim card. We could use USB with data, but I didn't have laptop, thus I didn't use it. I had wifi in my work. In Tunis there isn't easy to find free wifi, but there are some coffee shops or bars, where free wifi is.
There is also possibility to send postcards, but I didn't try it.

I don't recommend it to people who like all inclusive and love order, cleanness and punctuality. If you are little bit adventurous and you are not afraid of new experiences go there, you will enjoy it!
Most of trainees were there for 6 weeks. It is good to go there in July and August - in the June or September there aren't a lot of trainees and trips.
Be careful. Nothing happend to me, but laptop of thai girl was stolen in metro.
Men can be really annoying especially, if you are very white and different from Tunisian girls. They were inviting me to coffe or beach almost every day. It is not safe to go with anyone strange.
It's really really really hot there - there are no recommendations, just try not to die :D.
If you want to visit mosques, take scarf to cover you hair. They will not let you go in without it.
Learn French. People speak only French. If you don't speak French use google and show them pictures with things you need.
Don't take photos of important buildings (ministry, French ambassy) and soldiers. If soldiers see you, you will have to delete these photos.

You can buy almost everything in Carrefour - what is hard (but not impossible) to find: pork and alcohol
Things you can't buy in Carrefour: patience, optimism, courage
Clothes: long light trousers and skirts (it isn't safe to wear miniskirts and short dresses when you are alone, but when I was with my friends I wore shorts and skirts and nobody cared), flipflops, sunscreen, sunglasses, towel, hat (beaches are everywhere)
Medicine: some people had problems with digestion and changing hot weather and air condition can make you sick. You can buy everything in pharmacy, but it is good to have some basic drugs
Traditional czech food and drink

I didn't learn a lot of new things in my work, but the rest was amazing. I met more than 20 people from all over the world (Europe, Iran, Mexico, Palestina, Oman...) and it totally broke all my prejudicies I had before. I could compare different cultures and religions and everyone respected the others. It improved my English (if you speak French, it will improve you French too). I had many adventurous experiences (parasailing, diving, camel riding, jumping from 10metres high rock to the sea, driving in desert with 4wheel)

They were amazing! The organization was great, they worked very hard the whole year to prepare unforgetable summer for us. Every problem we had, they fixed it and helped us with everything we needed.

Czech and Tunisian IAESTE did their job well. I had no problem and I can recommend it.

IT WAS THE BEST SUMMER I HAVE EVER HAD!!! 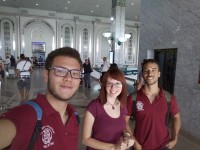 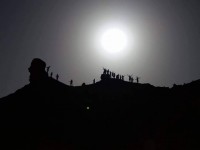 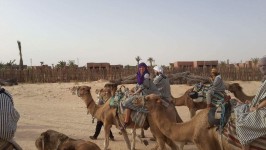 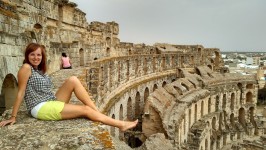 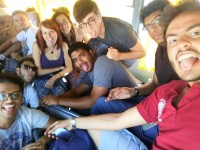 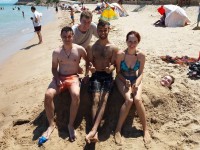 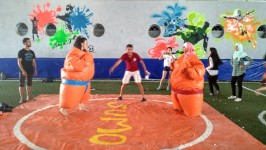 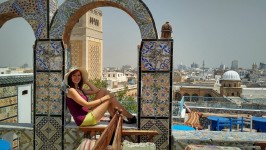 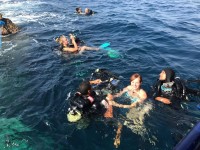 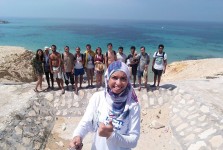