The university itself is at the very edge of Stuttgart, however, it's quite easy to get there by the U-Bahn. Since it's on the outskirts, you get both the advantages of being in the nature (which is really useful when you're doing landscape ecology) as well as being in the city.

Stuttgart itself is really hard to compare to other european cities, it's not as interesting. However it's not that bad, you can find some nice places. The city is also quite multicultural, there's a lot of immigrants from around the world.

Near Stuttgart there is Schwarzwald (Black Forrest) which is really nice and definitelly worth visiting.
Otherwise Stuttgart doesn't really have interesting surroundings, but it's quite easy to get anywhere in Germany with train, FlixBus or BlaBlaCar.

It depends on when you come. Our employer Julia Walter was really nice, she always told us we work too much, she gave us materials to study, she took us to some lectures with Master students.
However later she left and we worked for someone else who only used us for manual labor all day long which wasn't really pleasant and definitely not useful for our future skills.

At first we were helping out with one quite large ecological project. The tasks got a little monotone after a while but our boss Julia knew that (because she was doing them too) so she really tried to make it as entertaining and interesting as possible and to allow us to actually learn something.
Later it became mainly hard work, but... That's part of being a landscape ecologist apparently and it's part of the experience.

I was living quite ok, not really trying to save money, yet I managed to save a little bit extra.

English was needed, German was not. Germans in general speak more English with foreigners even when you try to speak German with them, it's easier and quicker for them.

If you apply soon enough, you'll get a proper accomodation, most probably in students' dormitories or in a flat of one of the IAESTE members who is elsewhere on their own internship.
The price varies somewhere between 250€ and 270€, if it's more (like the flat), DAAD will pay the rest.

Nobody picked me up and there were almost no organised events that I would know about except the regular Tuesdays which were really irregular :) But I was told it's just because it's autumn/winter and there's not enough interns during this time.

During my time there were too few other students.

In the city, there's a really nice ZOO (although the animals could have a little more space...). Also the planetarium is great, some of the shows are in English. And some muzeums, like for example Mercedes-Benz.

Schwabien cuisine is really... strange. More specifically - the meals are a little similar to Czech cuisine but in totally different combinations.

I didn't really need to communicate with Czech IAESTE, but in general my communication with Czech Republic was without any problems.

A passport... Although I'm European, the guy handeling salaries wouldn't be satisfied with just my Czech ID, he needed a passport which I brought accidentally.

University Hohenheim is apparently well known university among biologists and having this in your CV is definitely a plus. Also you can make some contacts that might be useful to you in the future.

Stuttgart's IAESTE was really uncooperative, always late, never gave information on time, sometimes not at all. I had to ask several times about everything, sometimes I was just lucky to find out some things that were quite important.
But I don't want to bash everyone, some people were nice, but the head of that local comittee should really think about why he works for IAESTE and about the way he does that.

I would like to go out with IAESTE again but definitely not to Stuttgart. VŠChT's local and Czech national IAESTE are very nice, effective, cooperative people who will explain everything you need to know and they will gladly asnwer your questions. Germany's national IAESTE (DAAD) is also kind and willing to help.
Stuttgart's local IAESTE really needs to change their attitude or their leader. 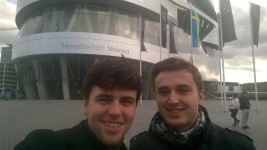 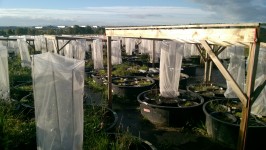 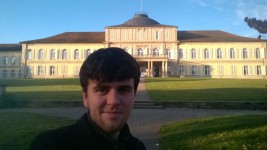 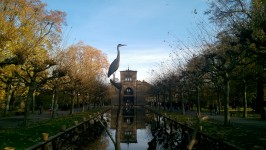 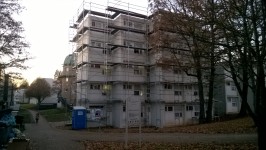