Serbia is a country not much bigger than Czech republic, but has less citizens. It is located on the Balkan peninsula. It has a pleasant wheather, a little bit warmer than Czechia. There is an issue about independence of Kosovo. Common opinion amongst people is that Kosovo is an independent country where Serbian minority lives (and Albanian mayority). Common language is Serbian. To write they use cyrilic and latin letter equally. Generally Serbians are very opened very nice people.

City of Niš is located in the south of Serbia. It is quite close to Bulgarian border and to Sofia. It has around 200000 citizens, which makes it quite a big city, but there is not that city rush as in Belgrade. Niš is quite poor city, salaries are low here and there is a big ratio of unemployment, but despite everything people like to hang out with their friends outside on the river side and just chill out.

I have not traveled much on my own. Local buses don´t have a time schedule for every stop, only leaving first station and stations don´t have names and are not marked very well. But in a near surroundings there is a spa called Niška Banja, which is a very pleasant place, i like to go there and hike to the hill called Korytnjak and there is a marvelous view over the city of Niš. Another nice place is a Ćegar hill with a memorial and a nearby village called Kamenica, where is an animal shelter called Zooplanet. Another great place is a Bubanj hill with forest and memorial for victims of 2nd ww.

I was empolyed on University of Niš, Faculty of natural sciences and mathematics (PMF) in the department of Biology.

I was envolved in project regarding ecotoxicology. We took care of colony of Chironomnus tentans. My professor offered me to take part in any other project on the university, so I was envolved in microbiology projects. Also in biology very important part of work is field work, so I went to forest to look for and mark tortoises, snakes, collect insects, butterflies and collect plants for herbarium. I took park in a project regarding stomach flushing of frogs and crested nuwts. The field trips took place in national Park Tara mountain, Vlasina lake and Stara Planina (one was paid for me by university, the other two I paid myself). It was awesome experience and I would happily pay and go again.

My salary was 20000 dinars, which is currently 162 euros. When you have to pay accomodation from the salary, it is not enough to buy everything you need not talking about traveling. But food is cheaper than in Czech republic, but buses are expensive for that salary (around 1000 dinars to Belgrade)

You should speak good English, but you should not expect the same from all the collegues. Most people on the university speaks some English. The best thing is to learn some Serbian (for Slavic nations is not so difficult) and people appreciate it very much.

I was accomodated at first in a hostel in the centre which was found for me by IAESTE. I paid 13640 dinars per months. The school gave IAESTE part of my salary to pay for the first months. But the owners didn´t speak any English and it was kind of dirty and my room looked like under construction. I wanted to move out and get part of my money back, but they were unpleasant in any comunication. The IAESTE didn´t help me at all. After a month I moved in with my serbian friends in a flat, which was a great experience and we had a lot of fun and I can not thank them enough.

I met two IAESTE members. The girl who picked me up at the bus station and one other guy, when the girl wasn´t available to give me my salary. They didn´t organize anything and they didn´t contact me anyhow during my stay. The girl contacted me before my coming. The functioning of local IAESTE is very unprofessional and they didn´t help me in any way.

But the people from the university are great we hanged out outside of the university. My professor was an awesome fun person who made possible for me to join the field trips for students.

There were no other foreign students when I arrived except for one Indian guy, who only sat in his room writing some report for his school. A week before I left came two other students, but I had to request their contact form the IAESTE girl. I organized them a trip to nearby spa.

So I hanged out a lot with local people. I found quite a lot of them who spoke quite a good English and I made some very good friends. In general Serbians are very warm and opened people.

Niš is quite poor city, so there is theatre and there were some concerts. I went to listen to my friends playing in a bar, which is very common there. It is very popular there to just hang out with bottled beer or wine on a river side and talk.
Along the riverside it is a great place to go for a walk or go jogging. There are also training machines along the river side. I love hiking so I went ones to highest peak of Suva Planina Trem.

The food is quite cheap compared to Czech republic. There is something called kafana, which is a place where you can buy normal cheap food in large quantities like Šopska salata, Pljeskavica (minced burger meat), Sarme (cabbage leafe filled with meat, inner parts and rice)... It is not so different form Czech food. Any meal is not very spicy or hot. Great food is something called Burek. Everybody will tell you that the best Burek you can get only in the south. It is a pastry filled with cheese (my prefered) or with meat and you drink yogurt with it.

The best way in my opinion is to get a local SIM card. You will be able to communicate with local people and you can pay for internet in your phone (200 dinars for 1 GB per week). It is 2nd zone of roaming from Czechia, so I don´t recommend to call home, because it would be very expensive (but it is possible). School has wifi.

Don´t fixate yourself on hanging out with other foreigners. It might happen to you that there won´t be much of them and they might not be the best company. Open yourself to local people. They love to meet strangers, they are interested in you, they are very friendly and they would do nearly anything for you to make you feel happy. If you make some effort learning Serbian, you will not have any problem in communicating in shop, bus, on the street asking for directions...
I felt very safe in Serbia and very welcome and I would not change this place for any other place.

If you want to use your original number and buy a new local SIM card, take with you extra phone. Take some presents and local products to give to people, even though you don´t know them yet.

I was able to try different parts of biology research. I met amazing people. I learn some Serbian.

They were very unprofessional. They even didn´t know exact amount of my salary, I had to calculate it for them.

IAESTE in Czech republic did a good job in comunitating with Serbia, but local Niš IAESTE didn´t do anything for me. 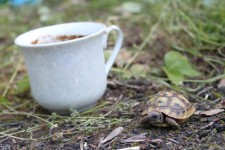 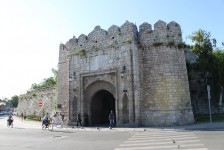 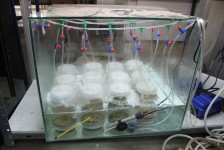 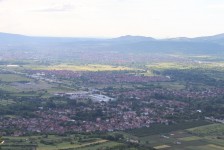 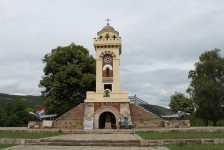 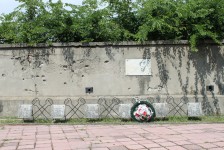 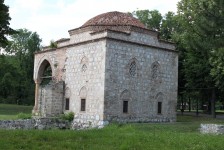 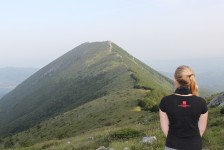 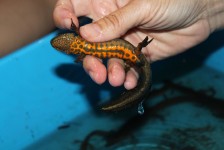 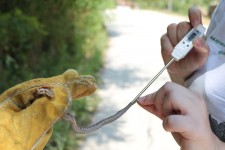 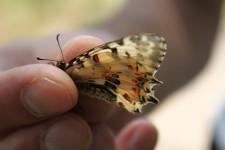