Osaki City is quite small city for Japan with approximately 130 000 inhabitants. There are many shops, restaurants, bars and supemarkets, but unfortunately there are not so many others things like sights or culture stuffs. The city is situated in the middle of rice fields, it is nice for running.

In the city is situated shinkansen and local train station. The local train is good choice for one day trips, favourite destinations are Naruko Onsen, Matshushima bay and Sendai, which is the closest big city. It is also possible to take the train and make some hiking in the mountains.

Alps Alpine Co. is an international company based in Tokyo. It produces parts for automotive and electronic devices such a switches, sensors...
In Osaki-city are produced and developed automotive parts.

I worked in process design department, where I learned about the whole design process from customers requirements to mass production. I had the opportunity to spend some time the assembly area (SMT, Molding, Printing, Final Assembly) and finally I tried to find some possible improvements on one assembly line.

Salary was 80 000 JPY (around 16 000 CZK). It is enough to survive, but if you want to try local food and travel around then you need to bring more money. Especially if you want to make a bigger trip and use shinkansen, you will need lot of more money.

Just normal "czech" english was enough, because lot of japanese don't speak or don't want to speak english. But the bosses mainly speak english and in the company are also some foreigners. I would recommend to learn some japanese phrases and words, it helps.

Accomodation was paid and arranged by company, it was a small flat with kitchen, bathroom, washing machine and wifi. It was 5 minutes of walk to the company and to the supermarket.

Unfortunately I met IAESTE members only in Tokyo before the internship. They wrote me how to get from the airport to the accomodation and next day they brought me to the Alps Alpine Headquarters.
I saw on the internet, that there were many events in Tokyo, but the shinkansen was too expensive to go there.

In the company was another IAESTE Czech trainee, we met before the internship in Tokyo. Plus there were many foreign employees (mainly from Czech Republic).

I was running, cycling and sometimes hiking in the mountains. You can also go to the gym or swimming-pool, but I didn't try. It is not so easy to do some outdoor sport, because during summer was really hot and dark quite early.
There were lot of summer festivals in cities around and also in Osaki City. If you want to visit a typical japanese city with big shopping mall and penny arcades go to Sendai.

Japanese food was perfect, if you don't have any other reason why to go to Japan, food is the reason.
Most typical food is ramen, curry, soba, udon, sushi, rice bowls....There are many restaurant where you have to prepare your food on your own. Typical is okonomiyaki and yakiniku.

Free wifi at the apartment, so skype or whatever. I didn't buy a japanese sim-card, free wifi is almost everywhere (stations, convenience stores..).

Buy a japan rail pass for the summer holidays. It is expensive, but you can use every JR train and bus, so it is worth it.
You can rent a bike in the company for free, but not so many people know about it, so just ask around.
Don't bring any formal clothes, you will get an uniform.

Comfortable shoes and clothes for hiking.
Lot of T-shirts, you don't need anything else.

Work experience - learning about processes in automotive, learning about process design.
The main benefit was the opportunity to get to know the japanese culture and lifestyle, travelling around Japan and trying lot of amazing food. I also met lot of interesting people, I hope that I'll see some of them in the future.

There was no problem, unfortunately I was quite far from Tokyo.

Everything was fine, no problem with communication at all. 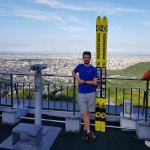 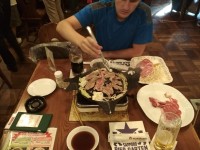 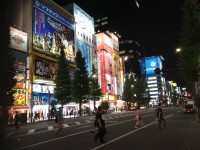 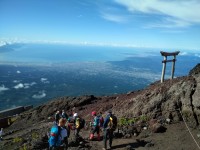 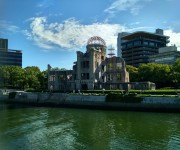 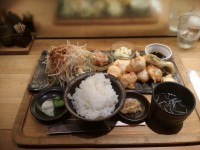 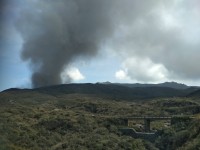