South India is mainly know for its lush greens and red soil. Karnataka, the state that Manipal is in, is no exception. Manipal is located about 50km north from the closest local airport Mangalore. The next big town located 10 minutes west from Manipal is a Hindu town of Udupi (mainly known for its Shri Krishna temple). Travelling around is pretty easy as Manipal is located upon a main road Udupi-Bangaluru and a bus leaves every 10 minutes. It's also located pretty close to the beach, therefore you can expect a lot of rain during monsoon season.

Manipal is an academic city that is defined by three roads that create the main lines in the city. As it is basically a city that developed because of the Manipal Academy of Higher Education, most of the people here are open-minded and semi-proficient in English. There are many clubs, restaurants, leisure spaces, shops and other activities. My recomendation is to search throughout the Google Maps and get an offline map for your first days here.

You are not allowed to go to the sea due to some accidents in the past as the Indian Sea will be really rough during your stay. You can however see the beach and nearby town Udupi (go to the temple, they have an elephant too).
As for longer trips, I recommend seeing as much as your budget allows. India is a beautiful country. Few tips are Goa state, Hampi, Mysore, Agumbe, Shringeri, Karkala, Herebettu, Karwar. These won't tell you much so look them up!
If you arrive later during the summer, you'll have more opportunities to travel with your fellow interns than with the local comittee.

I can't say much other than that I was content with my supervisors. They didn't have much time so as long as I was working on my task and gave them a report once in a while, I was golden. The lab assistants that I was with were very friendly, kind and had great sense of humour. Other interns had to deal with much more beraucracy and had to even submit written reports daily, so it depends...

I arrived early, therefore my supervisor wasn't available for a month. I was given another task from my field of study. A word of advice, if you don't like the topic, discuss what you'd like to do instead.

Personally, I was working on building a mobile robot capable of autonomously navigating from one side of the room to the other. You can checkout my work at
https://drive.google.com/open?id=1zrwxpa28AlRV3lgQOJVh-66CLu9izIoX

As there is no capability to do your own cooking (no oven/stove, kettle), you had to either compromise and eat cold food or eat-out. Thats where the problem lies as the salary provided cannot hold even for the meals as you spend at least 300Rs per day and your monthly salary is mere 5800Rs

English. The more you know it, the easier your time gets there. A B1 level is good enough to get you going, I think. Just try to speak as much as you can, it gets easier with time.

Other than that, if you know Hindi or Kannada (interstatial and regional languages), you are golden :D

As I was one of the first interns to arrive to Manipal, I was given a free of charge solo room at the International Hostel by IAESTE. It had it own bathroom (shower, toilet, sink with mirror) and a big room with table and a bed. Some people complained that the matress was too stiff, I didnt have that problem as I am used to and prefer these hard matresses. The room was also equipped with AC and a fan! You could change the temperature on the console in the room. Cleaning of the room is included, although they just mop up and pour water on everything in bathroom, you have to specifically ask to clean something you need. A laundry room was in the building and nearby. There was a curfew, you had to be in the building by 11PM, especially the girls.

You should be picked up at the airport if you arrive at Mangalore Airport. You ought to give the local team a heads-up as to when you arrive as they have to order a school taxi for you, as stated in the welcoming mail you will get. It will take you straight to the comitee which will brief you about the situation.

You won't get along with everybody, don't get me wrong, but people that go to India are open-minded, easy to talk to and welcoming. However, you have to embrace your outgoingness in this country as really shy people could seriously suffer here.
We had a common whatsApp group and went for lunches and dinners together. Join just for the company if you are not up to the food and try to suggest activities to do...

Your best bet for sport is Marina sport centre where you pay 670,-czk for almost all the facilities. Find out more at
https://manipal.edu/mu/campus-life/around-campus/sports-overview/marena.html
If you are a runner, stay away from the main roads as they can be dusty and run for the Endpoint Park.

As for culture, there are 2 cinemas in the city. You can also get some cultures at pubs if they stream cricket matches :D

It's India, they have delicious food. Some may find it spicy at first but trust me, you'll get used to it.

As for my european recommendations.... TRY EVERYTHING!!!
Naan, Dosa, Gulab Jamul, Kulcha, Butter Chicken, Chicken Tikka Masala, Payohima ice cream, and lots and lots of other food you simply have to find out yourself. Long live the GUTBUD.

As many stated before, Indian phone companies are a blast, especially for foreigners. You have to use an Indian SIM though. As you will get a tariff of 3GB/day of mobile data, you can video-call your friends and family through internet (Messenger, WhatsApp, Discord,....). Don't sweat about it, send them pictures, call them daily if you want or keep them updated :).

Most of the people here arrive during the monsoon season. It rains cats and dogs every day, but its semi-predictable and you have to learn to live with it.
So ALWAYS carry an umbrella with you (you can buy it everywhere 250Rs tops)
The whole thing should cost you between 25000,-czk to 35000,-czk depending upon your expenses and trips.
Theres an ATM that doesnt charge you for withdrawal near KMC hospital (ask your guides)
Most of the plans in India don't work, try to go with the flow. Don't stress.
Don't neglect any medical issues, the faster you react the faster is the recovery. (I personally havent experienced any issues apart from common cold and casual stomach-ache).
Definitely try seafood here, especially if you are from land-locked country like myself (Prawns are so good)
Try to make friends, everyone is friendly and welcoming although some may not have much time to spare.

And finally, try to make most of the journey there, travel and enjoy.

Get a printed out copy of your personal documents (try to have them in english language)
Phone, definitely take a phone. Duh....
Bringing a notebook or tablet with keyboard is pretty much a must as otherwise you would be limited by time in your lab. Take some computing device with you, phone isn't enough.
Take medicaments, especially if you use them daily, however there are pharmacies all over Manipal so don't sweat about it too much.
Flip-flops/open shoes: the most convenient footwear during the monsoon season.
A SIM card ejector for your phone is a nice utility to have.
Get a waterproof case or package (simple zip-tie sachet works) for your belongings and phone (especially for older ones)
Patience, good mood and a careless approach.

Personally, I learned a lot during my internship as I was working on a project that I enjoyed. As I was not knowledgeble of any of the topics my project was about, I had no other choice than to do it. Although my work collegues tried to help me with everything, they are not all-knowing and I had to come up with my own solutions.

The shift of perspective I got from India really changed me positively as a person and eased my strict nature. I made a lot of great friends from different countries, many that I sadly won't see another time in my life.

Working abroad is also a great opportunity to get a hands-on experience from your field of studies.

As I arrived before the semester at the school started, the IAESTE comitee was fully invested in our well-being. After the semester started, they were fully commited to their studies and I don't blame them. If you arrive later (July,August), try to solve your problems with your friends the interns.

This was my first international internship and I know the beraucracy behind these kinds of things has to be a nightmare, so hats off to the guys orgainizing the whole shebang.
I had a blast, and so far it was the most recognizable summer in my life. The IAESTE comittee members became one of the best friends I had there. I wholeheartedly recommend going for an internship with IAESTE.
*Slot 2 is the best, if you read this :D*

It's always easier to ask for forgiveness than for permission. They don't pay you enough to make claims upon you. Try to compromise with anyone that may have some reservations against you. Do your work and try to get most of the little time you'll have there. 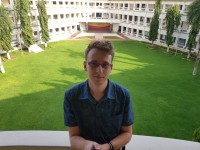 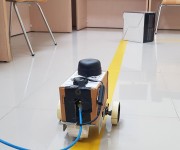 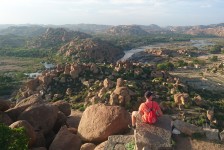 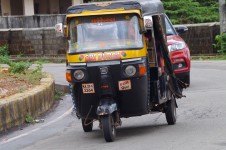 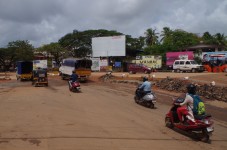 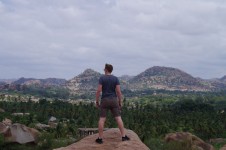